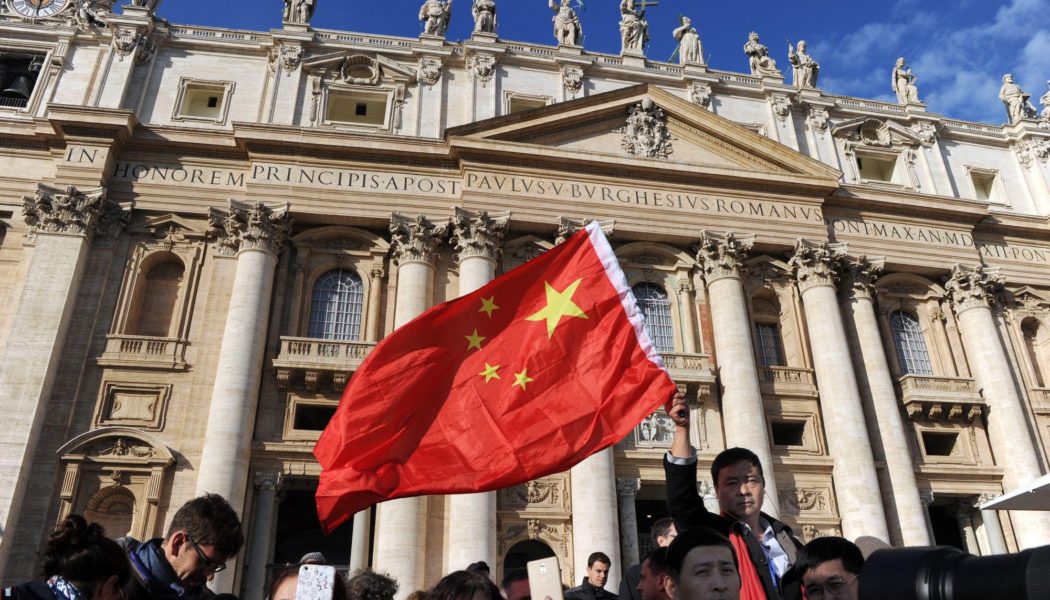 The Holy See announced on Saturday a two-year renewal of its “provisional” agreement with the government of China, which was first signed in 2018, and renewed again two years ago.

The agreement aims to normalize the appointment of bishops in China, and ensure unity of the Catholic Church – with some six to 12 million members – in the country.

For his part, Cardinal Pietro Parolin, the Vatican Secretary of State, argued Saturday that the deal is “essential to the daily life of the Church” in China — repeating a frequent theme in his defense of the bilateral agreement.

But while the cardinal insists the deal is a pragmatic necessity, questions about its effectiveness are stacking up. And human rights advocates argue that engagement with the Chinese Communist Party is sapping the Holy See’s moral credibility.

The renewal of the deal on Saturday – amid some interesting politics at the Communist Party Congress – is likely to bring a round of criticism from the deal’s sharpest critics.

The 2018 bilateral agreement between the Holy See and China gives both government and CCP a role in the appointment of bishops for mainland dioceses, and aims to bring the leaders of the Chinese Patriotic Catholic Association – the state-sponsored Catholic apparatus in China  – into communion with Rome.

The agreement was also meant to allow bishops and priests of the Chinese underground Church to come into the open and minister freely.

Speaking via official Vatican media October 22, Cardinal Parolin said that the deal approached the “delicate and important” matter of appointing bishops for China with an eye for the “particular characteristics of Chinese history and society.”

Parolin praised “three main outcomes” from the agreement so far.

The first, he said, is the achievement of a kind official unity of the Church in China, and its communion with Rome.

“For the ordinary faithful, this can be seen daily in the Holy Mass celebrated by any Chinese priest,” the cardinal said. He added that today in China, “the pope is explicitly mentioned in the Eucharistic prayer, something which was unthinkable years ago [because of government restrictions].”

The freedom of priests to name the pope openly during the public celebration of Mass is, of course, a visible sign of the communion between the local clergy, Pope Francis, and the rest of the Church around the world.

But it has not come without its costs to the “daily life” of the local Church.

Regional restrictions ban minors – those under 18 – from attending religious services, making it effectively a crime to baptize infants in many places.

Parolin also said the deal’s terms mean that “six ‘clandestine’ bishops have also succeeded in being registered, and thus have had their position made official, being recognized as bishops by public institutions.”

While dozens of mainland dioceses are still without a bishop, the cardinal admitted those six cases might be seen by some as “small achievements” but, he said, “for those who examine history with the eyes of faith, they are important steps.”

While the acceptance of six formerly underground bishops by the Communist authorities is, perhaps, progress of a kind, the secretary of state’s remarks did not account for those Catholic bishops who refuse to join the CPCA, which requires them to swear to the supremacy of Communist Party doctrine and authority over Church teaching and hierarchy.

Many of those bishops have been turned out of their homes, arrested, or made fugitive. And in some parts of the country, local Communist Party authorities have continued to order Catholic church buildings and shrines be bulldozed.

The cardinal also claimed that “there have been no more illegitimate episcopal ordinations” since the deal was signed in 2018.

The deal’s mechanism for naming new bishops has “leaves to the pope the final and decisive say” in episcopal appointments, Parolin explained.

That point is worth noting. Final papal approval of episcopal candidates is an important point of the deal for the Holy See, given the theological significance of appointing bishops. But the events of recent years suggest that the Chinese government has operated with a different understanding.

Before the 2018 agreement, the CPCA regularly named and saw consecrated its own bishops, for the dioceses of its schismatic Communist “puppet Church” — ending that practice was a foremost concern for the Vatican in 2018.

Parolin’s statement that no new illicit consecrations have taken place is true, inasmuch as Rome has recognized all new appointments since 2018. But the statement was precise, and not exactly the same as saying that all recent episcopal appointments have been approved ahead of time by Pope Francis.

While the cardinal cited the successful installation of six bishops under the norms of the deal, two of the most recent episcopal consecrations appeared to take place without any Vatican awareness of them.

In 2020 and 2021, Bishop Thomas Chen Tianhao and Bishop Francis Cui Qingqi were installed in their respective dioceses, with their consecrations arranged and announced by Chinese authorities, without any announcement that they have been selected and approved by the Holy See, and without their appointments appearing in the daily news bulleting of appointments issued the Vatican press office.

Instead, on both occasions, the Vatican confirmed the appointments several days later, after questions from media, while insisting that prior notice and approval had been given in both cases.

At the time, senior Vatican officials close to the process pushed back on the official account of things.

One told The Pillar that “Rome doesn’t announce the appointments ahead of time because no one knows” they are about to happen.

To make matters more clear, Beijing has become direct about its sense of the process: Regulations issued by the Chinese government last year outlined a process for the appointment of bishops in which the Vatican was not mentioned at all.

In a press conference in August, Pope Francis said that the deal was progressing well: “It is a slow process, but steps forward are always being made,” the pope said.

But if it becomes a standard practice that Chinese bishops are appointed unilaterally during the Vatican-China deal’s third term, most observers will conclude that rather than taking steps forward, the agreement has gone backwards — with the Chinese exercising the same level of control over appointments as they did previously  – when the CPCA was considered schismatic by the Vatican – but now with the public acceptance of Rome.

Defenders of the deal, and of the Vatican’s continued engagement with China more broadly, might point to Pope Francis’ insistence that dialogue with the Communist authorities is essential for improving the state of Chinese Catholics in the long term, and for clearing a space for the evangelization of China.

The Chinese viewpoint, he said in August, is “rich” but requires “endless patience.”

Francis has also pushed back on criticism of China’s government, suggesting that calling Beijing undemocratic is unfair: “Qualifying China as undemocratic, I do not identify with that, because it’s such a complex country,” he said.

While China may, indeed, be complex, the country is becoming less democratic as the Vatican continues its dialogue.

And on Saturday, the same day the Vatican announced the renewal of the China deal, the 20th Communist Party Congress was reaching its formal conclusion — with Xi Jinping beginning a third term of office that is widely seen to cement his presidency for life.

Shortly after the cameras were allowed into the hall, Xi’s predecessor, former Chinese President Hu Jintao, was plucked from a seat next to Xi at the party executive’s top table and, in front of the press, gently manhandled from the stage, despite his protests.

The scene made headlines around the world.

Various theories have been advanced for why Hu was removed — ranging from some kind of medical concern, to suggestions he might have publicly protested Xi’s third term in office, or even the possibility that Xi “unpersoned” his predecessor in full view of the world to tighten his grip on the party.

Given the tight choreography of CCP media events, it is undisputed among analysts that Hu could only have been so publicly removed on Xi’s prior instructions, with the intention that it be seen.

Whatever the reason for Hu’s removal on Saturday, the consensus is that it was a calculated demonstration of Xi’s total authority. Set against that event, Vatican insistence that its dealings with the regime are a slow walk to progress will seem to most analysts to run contrary to the facts on the ground.

It is an inauspicious start to the Vatican-China deal’s third term.