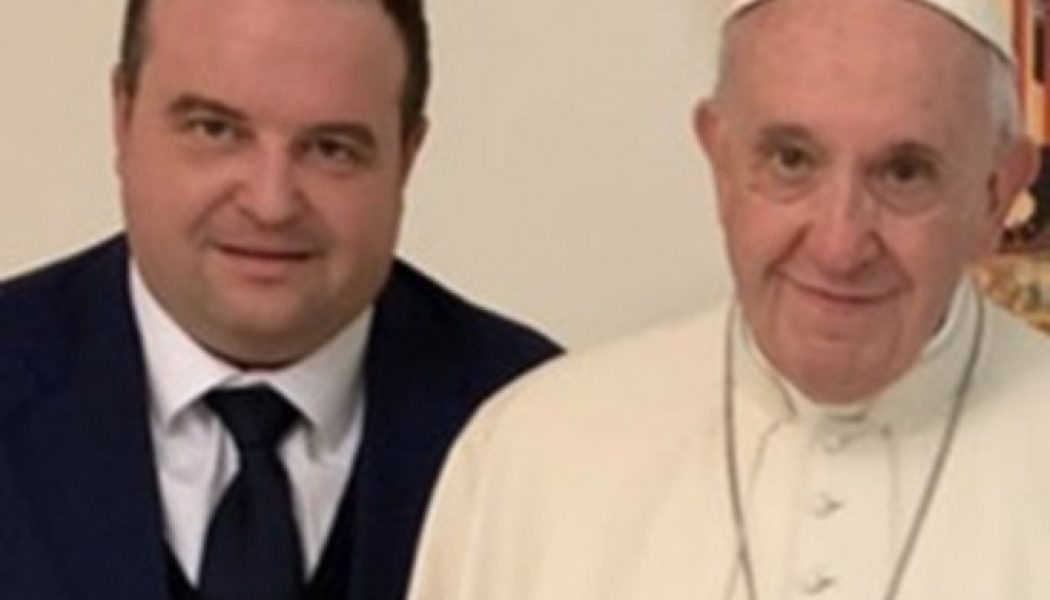 An Italian magistrate has issued an arrest warrant for Gianluigi Torzi, the businessman at the centre of the Vatican’s London property scandal. The warrant was announced Monday morning.

Italian magistrate Corrado Cappiello issued a warrant for Gianluigi Torzi’s arrest Monday morning, and the Guardia di Finanza in Rome have asked for international cooperation in securing the businessman’s arrest.

Torzi is believed to be in London, where he recently won a court case appealing an injunction freezing some of his assets.

The arrest warrant, issued by Italian authorities for crimes under Italian jurisdiction, builds on information shared by the Vatican City’s promoter of justice and the investigation of the now sprawling financial scandal centered on the dealings of the Secretariat of State over a period of years.

Cappiello, in issuing the warrant, noted that Torzi now faces multiple charges of tax evasion and fraud in Italy, “in addition to the criminal proceedings pending at the Vatican City State in which he was recently arrested.”

Torzi was last arrested in June 2020, by Vatican authorities and charged in the Vatican City State with extortion, money laundering, fraud, and embezzlement. After ten days in Vatican custody, he was released after agreeing to post a 3 million euro bond to an escrow account at the IOR. The Pillar reported last month that that money never arrived.

According to the Italian warrant, prosecutors have identified new charges against the businessman, distinct from the 15 million euros he is alleged to have defrauded from the Vatican, involving invoices for transactions which were never carried out.

The charges are based on evidence recovered from emails and text conversations over WhatsApp found on Torzi’s mobile phone, seized by Vatican prosecutors last year. The announcement comes after a U.K. judge lifted an order freezing Torzi’s U.K. assets, finding that prosecutors had failed to provide sufficient evidence to justify the injunction.

Italian police now allege that Torzi used two of his U.K.-based companies for the purposes of tax evasion and to settle debts incurred by other companies owned or controlled by him.

“It is clear that Gianluigi Torzi, with the active collaboration of nominees and trusted associates, uses numerous companies, also operating abroad, as a screen for his entrepreneurial activity, largely based on tax avoidance, providing for re-use of illicit proceeds in financial speculations,” Cappiello wrote in the 14-page court order.

The Italian magistrate also confirmed that the allegations of fraud and false invoicing followed the initial complaint raised by the Institute for Works of Religion, a Vatican Bank, in 2019, after the Secretariat of State pressured the bank to approve a 150 million euro loan to prop up its acquisition of the London building at 60 Sloane Avenue for a total of some 350 million euros.

The Pillar has previously reported that Cardinal Pietro Parolin personally contacted the bank’s president in 2019 to pressure him into approving the deal.

The warrant issued by Italian prosecutors also offers new details on the Vatican investigation, including that Vatican prosecutors are investigating “crimes committed by various public officials [in the Vatican] who would have diverted sums of money managed by the Secretariat of State, allowing them to be re-used for speculative purposes [in other jurisdictions, including] in Italy by subjects outside the Vatican, including Torzi Gianluigi.”

In the U.K. court decision released last month, details of Torzi’s version of his financial dealings with the Secretariat of State were made public for the first time. According to the U.K. judge’s ruling, Torzi alleged that all his actions related to the London property deal were personally approved by senior officials at the secretariat.

Torzi also alleged that Fabrizio Tirabassi, an official at the secretariat in charge of investment management, offered Torzi prostitutes, threatened his life and that of his family, and boasted of routinely blackmailing senior Vatican officials including Cardinal Angelo Becciu and Archbishop Peña Parra, who succeeded Cardinal Becciu as sostituto at the Secretariat of State in 2018.

However, in issuing the warrant for Torzi’s arrest, Cappiello said that “From the investigations carried out by the IOR and the office of the [Vatican] Auditor, it emerged that the acquisitions of properties for investment purposes cannot be carried out by the Secretariat of State, being reserved for the Administration of the Patrimony of the Apostolic See.”

Previous reporting has established that the Secretariat of State used charitable funds on deposit with two Swiss banks as collateral for loans of more than 200 million euros, which used to fund speculative investments through the Athena Global Opportunities Fund, which was created and managed by businessman Raffaele Mincione as a vehicle for Vatican investments.

The court order from the Italian authorities also includes new sanctions against Giacomo Capizzi, a frequent business associate of Torzi, who is accused of generating or signing invoices for non-existent transactions and consulting work in concert with Torzi. He is prohibited from working as an accountant or corporate officer for six months.

Capizzi and Torzi have collaborated for years on several business ventures, including those linked to the investment of Vatican funds in financial instruments linked to organized crime and allegations of fraud.

The Secretariat of State purchased the London property at Sloane Avenue from Mincione in 2018, with Torzi hired by the secretariat to broker the final stage of the sale through his Luxembourg holding company Gutt SA.

The secretariat already owned a 45% stake in the building through its investment in the Athena Global Opportunities Fund.

Company records examined by The Pillar show that, on Dec. 31, 2018, one month after the completion of the building’s sale, the Athena Global Opportunities Fund held 3.9 million euros of investment in Sierra One SPV SrL, a financial special purpose vehicle made up of receivables owed to Italian hospitals and related vendors.

The Sierra One bond was valued at 100 million euros, and was put together by Sunset Enterprise Ltd., which at that time was controlled by Torzi, according to financial filings in Italy which have been examined by The Pillar.

Capizzi was Sierra One’s administrator and is the CEO of Meti Capital, in which Sunset Enterprise is an investor.

Included within the Sierra One bond are debts issued by facility management company Esperia SpA, which was ordered into forced liquidation for alleged ties to a Camorra mafia crime family in July, 2018. That order was reversed on appeal, after the company showed it had moved its headquarters to Rome just before the prefecture’s order, moving Esperia out of the prefecture’s jurisdiction.

Esperia previously owned another cleaning services company linked to the same crime family which was liquidated in 2018.

Torzi, and his companies Sunset and Odikon Services are already being investigated by Italian financial authorities for an alleged multi-million euro fraud involving securitization of debt owed to a Catholic hospital, Fatebenefratelli, a financial product similar to the Sierra One bond.

Capizzi also serves as the CEO of Imvest, an Italian property development company listed in Rome.

In 2016, Imvest offices were raided by Italian financial police in connection to charges similar to those outlined by the Italian judge this week, including fraud, submission of false budgets, and false accounting.

Currently, the London building is controlled by the Vatican through the U.K. registered company London 60 SA Ltd. The only currently listed director of the company is Luciano Capaldo, who was chairman of Imvest from 2017 to 2018.

Capaldo stepped down from Invest for “personal and family reasons,” on Nov. 26, 2018 —the same week the Vatican finalized its purchase of the London property.

In issuing the warrant for Torzi’s arrest this week, and prohibiting Capizzi from working as a company director, Cappiello said that “the danger of the repetition of crimes of the same kind as those for which the suspects are [now being] prosecuted must be considered absolutely concrete and current.”

The magistrate said he found that evidence presented by prosecutors showed “the serious crimes in dispute are not the result of occasional or sporadic circumstances, but of a real economic strategy aimed at defrauding the tax authorities through corporate connections, legal screens and specific professional collaborations.”

Torzi has previously insisted that his arrest by Vatican authorities is the result of a “gross misunderstanding.” A statement, released by his lawyer on Monday, said that Torzi would challenge the warrant and court order.

Torzi’s lawyer called the magistrate’s order an “even more inconsistent synthesis of the Vatican thesis, already torn apart by [the U.K] judge, who had the opportunity to examine the documents.”