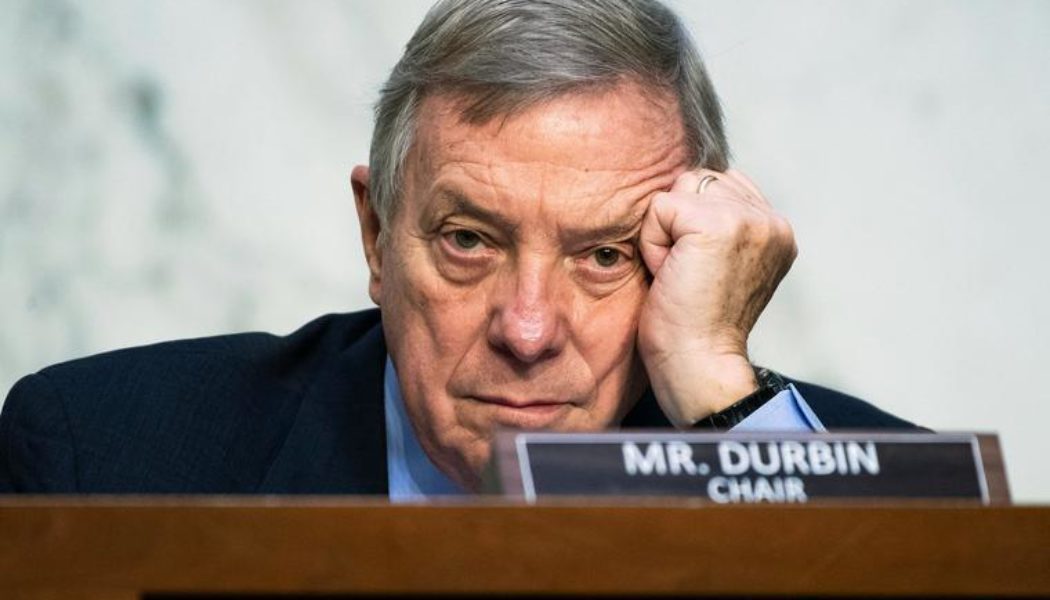 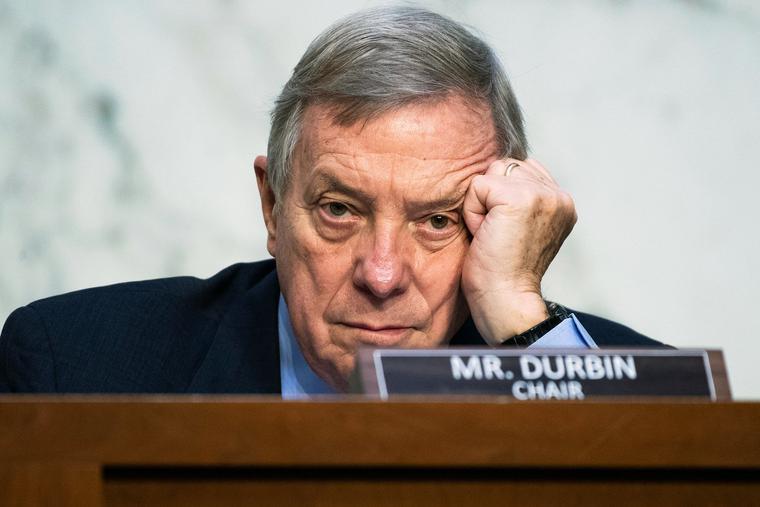 A week after President Biden said that Pope Francis told him he was a “good Catholic” and should “keep receiving Communion,” and just days before the U.S. bishops meet to discuss the draft document on Eucharistic coherence, America Media published a strange interview with Sen. Richard Durbin, D-Illinois, the powerful chairman of the Senate Judiciary Committee.

During an Oct. 5 Zoom-facilitated interview with Jesuit Father Jim McDermott, an associate editor at America, Durbin expressed frustration that his pro-abortion voting record has barred him for 17 years from receiving Holy Communion back home in the Diocese of Springfield, Illinois.

The situation began in 2004, when Durbin’s pastor, then-Father Kevin Vann (now Bishop of Orange, California) advised him not to present himself for Communion because of his position on abortion. The diocese’s past and present episcopal shepherds endorsed that pastoral guidance.

Summarizing the senator’s remarks, Father McDermott writes that “being denied Communion in his own diocese has made going into any church a fraught and uncomfortable experience.” Likewise, Durbin expressed frustration with “the way the bishops seem to be using the Eucharist for political purposes.”

Father McDermott clearly sympathizes with the senator, whom he introduces as a committed crusader on immigration issues, while ignoring Durbin’s broadsides against fellow Catholics nominated to serve as Supreme Court justices.

The Jesuit never pushes his subject to explain why he has clung so tightly to his abortion stance, despite the personal and spiritual costs. As a result, the article feels like a puff piece designed to leverage the good press Biden has received in the wake of his recent meeting with the Pope, and to influence the U.S. bishops’ discussion.

On the one hand, Durbin acknowledges that many lay Catholics, including his own friends, embrace Church discipline barring pro-abortion politicians from Communion.

“As the Church has consistently taught,” reads the draft of the U.S. bishops’ document on Eucharistic coherence that will be debated at their upcoming meeting, “a person who receives Holy Communion while in a state of mortal sin not only does not receive the grace of the sacrament, he or she commits the sin of sacrilege by failing to show the reverence due to the Body and Blood of Christ.”

But the senator views this teaching as optional. He repeatedly suggests that the bishops are merely playing politics when they raise concerns about politicians like him receiving Communion.

Durbin says he has found a “new faith home” in a Catholic parish in the Archdiocese of Chicago. Nevertheless, Father McDermott encouraged him to expand on the “fraught and uncomfortable experience” of being denied Communion in other parishes over his pro-abortion voting record, and to take a few shots at “the way the bishops seem to be using the Eucharist for political purposes.”

“Three out of four Catholic bishops voted in June to consider a document on the Eucharist, which makes me concerned that three-quarters of the U.S. bishops think this should be the official policy of the Catholic Church in America,” said Durbin.

“I was told by many to wait,” he continued, “because the Pope had his last word on the subject coming, and as you mentioned a few weeks ago he said as much. But it is uncomfortable. I am careful when I go to a church that I have never been to before for any kind of occasion. You just don’t quite know what kind of reaction you’re going to get from local clergy.”

Looking ahead to the U.S. bishops’ annual assembly in Baltimore next week, Durbin said he hoped that Church leaders would revise their views on women in the Church, which he says is “at the root of some of the difficulties the bishops have, particularly when it comes to issues such as choice.”

Durbin suggests that his support for immigration rights should get him a place at the altar rail.

Durbin recalled that during a recent meeting in Texas to address U.S. immigration policy, a Catholic bishop thanked him for his work on the issue.

“I went up to him afterward, and I said, ‘Archbishop Gomez was critical of Joe Biden on his inauguration day, and I thought that was entirely out of line.’”

He told the bishop, “If you are going to be criticizing Joe Biden, remember that his election was central to making immigration a viable issue.”

Father McDermott pressed him to explain why the bishops weren’t satisfied by his commitment to immigration.

“I think there was a disappointment that there wasn’t a stronger showing for Trump,” he said, “and so they wanted to make it clear to some people in the Church that, in their eyes, Biden was still unacceptable.”

At the close of the interview, Father McDermott let Durbin have the final word, though the senator’s concluding point didn’t make much sense.

“I didn’t realize that my political career would end up being a dominant factor in my personal life in that regard,” said Durbin, “but it has been.”

Why would he expect otherwise? For a journalist and a priest, Father McDermott is oddly uninterested in examining the senator’s pro-abortion activism as a human rights issue. The reader waits for the tough questions, but they never come. Questions like:

Durbin is “uncomfortable,” as we all are, with the inconvenient truths that ground Church discipline. These truths will produce friction in the soul of any Catholic who takes them seriously, but they are the foundation for our communion in the faith and our defense of human dignity, and they point us to the path of spiritual conversion and joy.

But Durbin’s comments give no hint of such a consideration, and suggest that he lacks the imagination and the faith to envision a world without Roe v. Wade. His political universe has been radically shaped in a hundred different ways by this unjust ruling. In his eyes, it seems, to contest such an immutable law would be tantamount to challenging the law of gravity.

Father McDermott knows better, but he doesn’t push back and he never attempts to clarify Church teaching. Such pastoral sensitivity might be understandable if Durbin were a young politician just starting out, but he’s not. The 77-year-old senator has little time left to correct his legacy.

The reader can thus be forgiven for asking why America Media has published the Durbin interview just when the bishops are crafting a document they hope will inspire the faithful to love and accept the Holy Eucharist as the “source and summit of Christian spirituality.”

Being a teen boy might be challenging at times, but receiving a great gift might help. 384 train canada. Equipment.