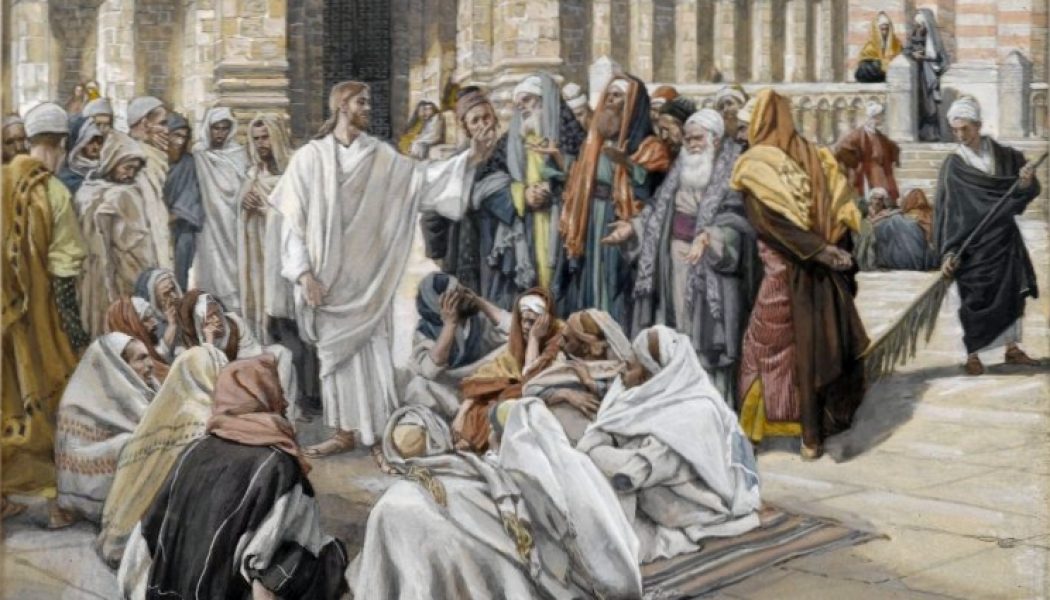 One of the more interesting and surprising images the Lord used for Himself was “thief.” There is a reference to this in the first reading for this Wednesday of the 29th week of the year. I’ll comment more on that passage in a moment, but first here are some other texts in which He used this imagery:

St. Peter also used the image of a thief, but perhaps out of reverence for Christ, applied it more to the Day of Judgment.

In today’s first reading, which we will discuss in more detail, St. Paul used a similar image.

It is provocative and even shocking that Lord would compare Himself to a thief. Let’s consider some of the implications.

1. By this image the Lord turns the tables. Thievery suggests unjust possession. In this sense, the Lord is clearly not a thief; He is using a simile. He says that He is like a thief, not that He is a thief. Indeed, how can the owner of all things unjustly possess what is already His?

The impact and indictment of the reference is on us, not on the Lord. That He would seem to any of us to be like a thief is indicative of our injustice, not His. Too easily we forget that the things we call our own are God’s and God’s alone. We are stewards, not owners. When the Lord comes to take what is rightfully His—and has always been—we should be grateful to hand it back with interest (see the Parable of the Talents). To those who have forgotten that they are mere stewards, the Lord will seem to come to steal from them. They will see His coming as threatening because He will put an end to their schemes and worldly wealth.

Because they wrongly see these things as theirs, they will see Him as a thief—or worse, a robber. In the Parable of the Vineyard (Matthew 21:30ff) the Lord says that they will beat His prophets and even kill His Son. The injustice and crime is theirs. God cannot steal what He already owns. The vineyard was His and He rightly sought His portion. Murderously, they sought to withhold what they thought was theirs but in fact was not.

The Lord’s ways are justice and truth. God will take back all that is His. We will pay for what we have stolen through greed, injustice, selfishness, lust, and gluttony. To some who forget that He is the true owner of the vineyard, He may appear to be like a thief, but it is really we who are thieves. We will cry “Thief!” but the Lord will simply reply, “You are the man; it is you who have said it” (see 2 Sam 12:7; Matt 26:64).

2. By this image the Lord speaks to the hidden quality of His presence to some. In using the image of a thief (Κλέπτης (kleptes) in Greek) the Lord speaks of a stealthy, hidden presence. Thieves do their work in hiding or when we are unaware. A robber, on the other hand, confronts you, taking what he wants with violence while you can only watch helplessly.

The word thief here is indicative of the Lord’s hidden presence. The Lord is not a thief, but He seems like one to those who are forgetful of His presence. Don’t fool yourself, thinking that He is not in the house of your life; He sees and knows everything.

3. By this image the Lord puts to the lie the illusion of our own hiddenness. Thieves work in hiding. Many people who sin and misuse what the Lord owns often forget that to God, nothing is hidden. Thus they meet the definition of a thief because they attempt to take or misuse secretly what is not theirs to begin with.

God may seem hidden and distant, but He is not. He sees everything, knows everything, and is reckoning everything. Every “hidden” deed of ours is written in the book. An ancient hymn says,

Lo the Book exactly worded
Wherein all has been recorded
Thence shall judgment be awarded.

When the Judge his seat attaineth
And each hidden deed arraigneth
Nothing unavenged remaineth (Dies Irae).

God is watching and He is closer to you than you are to yourself.

4. By this image the Lord exhorts us to remember and to be ready. A recent break-in at my rectory motivated me and the staff to become more careful and vigilant. But why should the loss of passing goods cause us more concern than the certain arrival of the Lord, the true owner of all things? Although He may seem to come like a thief, He is not a thief. The real questions I should be asking myself are these: Am I a thief? Have I used what God owns in ways that are against His will or that displease Him? If so, He will come when I least expect it and take what I wrongfully think is mine. I may think Him a thief, but He is not. As true owner, He cannot unjustly possess what is already His.

We had better think about this now because the Lord is already in the house and His presence will be disclosed at any moment. Are you ready? Are you watching? Be vigilant. The Judge stands at the gate, but He has the key, not you.

Epilogue: There came a moment in Jesus’ life when He was praying in the Garden of Gethsemane and Judas, who was a thief (see John 12:6), led a band of brigands to arrest Him. Stepping forward, Jesus turned the tables on them and said, “Have you come out as against a robber, with swords and clubs to capture me?” (Mk 14:48) Yes, He turned the tables on them and on the temple leaders who sponsored them. They saw Jesus as a usurper, as one who came to steal their priesthood and leadership. He was no thief, no robber. He was the great High Priest, the One who came to fulfill everything that they were supposed to be preaching. It was they who sought to kill him and unjustly possess the vineyard for themselves. To thieves, robbers, and murderers, Jesus was like a thief, but He was not. They were thieves—and even worse, robbers and murderers.

When Jesus says that He may be coming like a thief, be careful; He may be holding up a mirror to you!