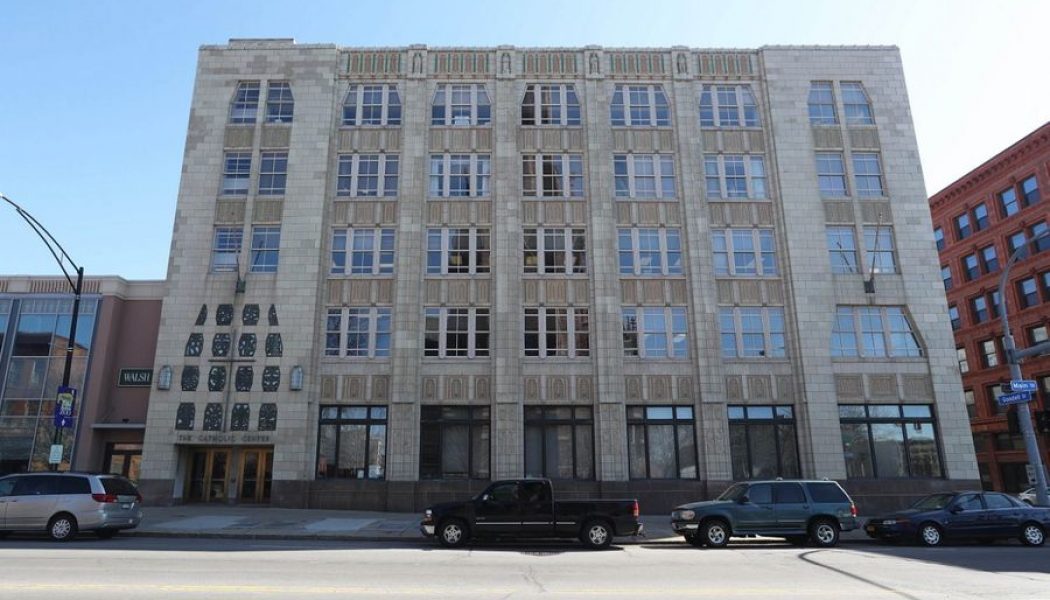 Christ the King Seminary, which for 163 years trained men to become Catholic priests, will be shut down in May at the end of the current academic year, as the Buffalo Diocese slashes costs amid a clergy sex abuse scandal that’s led to a dramatic downturn in giving.

The Rev. Kevin Creagh, seminary rector and president, announced the decision on campus this afternoon to faculty, staff and students, following votes of the board of trustees and members of the seminary corporation.

“This is very difficult for us. It’s a very sad and disappointing moment in our history. It’s the end of an era,” he said.

Bishop Edward B. Scharfenberger, chairman of the seminary board of trustees, said the seminary has been operating for the past decade with average annual deficits of $500,000 and was no longer sustainable.

“The bottom line is the task of the seminary, which is primarily academic, is something that cannot be sustained given the resources that we have right now,” he said. “We can’t continue to operate at a deficit budget.”

The announcement followed a fiscal year 2019 in which the diocese suffered $5 million in operating losses, due primarily to a steep decline in donations from parishioners who have been stunned and angered by the diocese’s handling of clergy sex abuse allegations.

The bishop said the diocese will look at new ways to move forward with its formation process for priests.

The diocese posted a video with Scharfenberger talking about the closing.

“This is not just about numbers on a balance sheet that don’t add up. We are fully committed to attracting, educating and forming priests for the future needs of our diocese,” he said in the video.

The closing, he added, will give the diocese a unique opportunity to “reimagine” how it goes about forming its priests, “guided by the understanding that it is the entire community of faith which is responsible for fostering vocations.”

“It isn’t that institutions make good and holy priests, as much as it is the faith community to which they belong, their schools, their families and their parishes,” he said. “This grassroots viewpoint approach I believe offers the prospect of creating the dynamic of an engaged community in this essential mission of cultivating religious vocations.”

Twenty-six men currently are enrolled as seminarians at Christ the King, which is located on a 132-acre campus on Knox Road in the Town of Aurora. Fifteen of the seminarians are from the Buffalo Diocese, with two of them set to graduate in May. The others were sent for training by the dioceses of Syracuse; Ogdensburg; Hamilton, Ont.; St. Catharines, Ont.; and Paterson, N.J. In addition, 36 people were training at the seminary for the permanent diaconate and various lay ministries.

Buffalo Diocese officials will decide where to send local seminarians to complete their studies. Some possibilities include Mundelein Seminary in Chicago, Saint Joseph Seminary in Yonkers, Theological College at Catholic University in Washington, D.C., and St. Mary’s Seminary in Baltimore.

First-year seminarian John Callahan of Lockport said he felt his heart sink upon hearing the announcement.

He’s not sure where he will end up next fall but will trust in diocese officials to find the right place for him to continue his studies, he said.

“I’m not called to a seminary. I’m called into the priesthood,” he said.

The seminary closing was unrelated to the Buffalo Diocese’s consideration of a Chapter 11 reorganization filing in federal bankruptcy court to address more than 240 Child Victims Act lawsuits, said Scharfenberger. The seminary, founded in 1857, is a separately incorporated nonprofit organization, with its own governing board.

Nonetheless, the move to shut down the institution was another sign of the diocese’s growing financial problems. As corporate sponsor for the seminary, the diocese provided the school with a subsidy of $250,000 in 2019 and $832,063 in 2018, according to diocese financial statements. The subsidy was $300,000 in 2017.

Christ the King Seminary also struggled over the past two years with a series of an embarrassing incidents that became public, including allegations of improper conduct lodged against former seminary rector and president, the Rev. Joseph C. Gatto.

Gatto stepped down from his leadership post in 2018. One man accused Gatto of making a sexual advance when he went to the priest for spiritual advice and counseling in 2000, according to a report by WKBW-TV. Gatto allegedly touched the man’s knee suggestively and invited him to the priest’s cabin for a weekend getaway, according to the report. Gatto told The News he did not make sexual advances on anyone. He also said he was taking a leave from the seminary because he was burned out.

The diocese’s review board later determined that Gatto’s actions “did not rise to the level that would require removal from active priestly ministry.” He received a professional evaluation and “remedial measures” and is currently serving as parochial vicar at St. Leo the Great Church in Amherst, according to a diocese spokesman. Creagh has been seminary rector-president since last May.

Other incidents since 2018 include:

Scharfenberger acknowledged those difficulties, but said they had little impact on most seminarians and faculty and did not factor into the decision to close the seminary.

“What I can only report on is what I have seen. I’ve met with the seminarians. I’ve been with them. They’re a fine community of young men,” he said. “From what I can see, from what has been told to me by faculty members is that the atmosphere – spiritually, emotionally, formationally and academically – I hear nothing but positive comments.”

The closing, he added, “was not a reaction to a problem so much as an honest, responsible way to go forward given the realities that are primarily of a logistical and financial nature.”

The fate of the seminary has been a point of discussion within the Buffalo Diocese for years, as the number of men seeking to become priests continues to lag locally and nationally.

There were 3,553 U.S. seminarians studying at the graduate level in 2018, down from 8,325 in 1965, during the heyday of Catholic religious vocations in America, according to the Center for Applied Research in the Apostolate at Georgetown University. At one time, Christ the King, formerly known as St. John Vianney Seminary, housed nearly 200 seminarians in six residence halls.

Some other Catholic seminaries shut down long ago because of enrollment declines.

In March 2013, Christ the King officials were warned the school’s accreditation status with the Middles States Commission on Higher Education was in jeopardy if the seminary’s financial prospects didn’t improve. Middle States ultimately granted the reaccreditation.

Malone, who referred to the seminary as the “beating heart” of the diocese, decided to keep it going, despite a recommendation at that time for closing the campus.

In addition to the residence halls, the campus features a large dining hall, dozens of classrooms, a chapel, a 183,000-volume library, athletic fields and a small lake.

The seminary has an annual budget of about $3.6 million and a $5 million endowment.

In recent years, donors gave large sums of money that were used to help cover the operating deficits, but Scharfenberger said the seminary could not continue to rely on such “extraordinary donations.”

“That’s not something you can count on every year, so you can’t build that into a budget,” he said.

Scharfenberger said no decisions have been made on what will happen with the assets of the seminary, including the campus. Possibilities include mothballing the property, selling it, reusing it for another purpose and demolition.

He said he has appointed a steering committee to study those questions and to recommend the best ways to continue priestly formation for seminarians and theological training for lay men and women and for men seeking ordination as permanent deacons.

Christ the King Seminary began in 1857 as part of St. Bonaventure College in Allegany and was operated for more than 100 years by the Order of Friars Minor. It was incorporated separately from St. Bonaventure University in 1974 and relocated to the campus of St. John Vianney Seminary. The diocese assumed corporate sponsorship of the seminary in 1990.