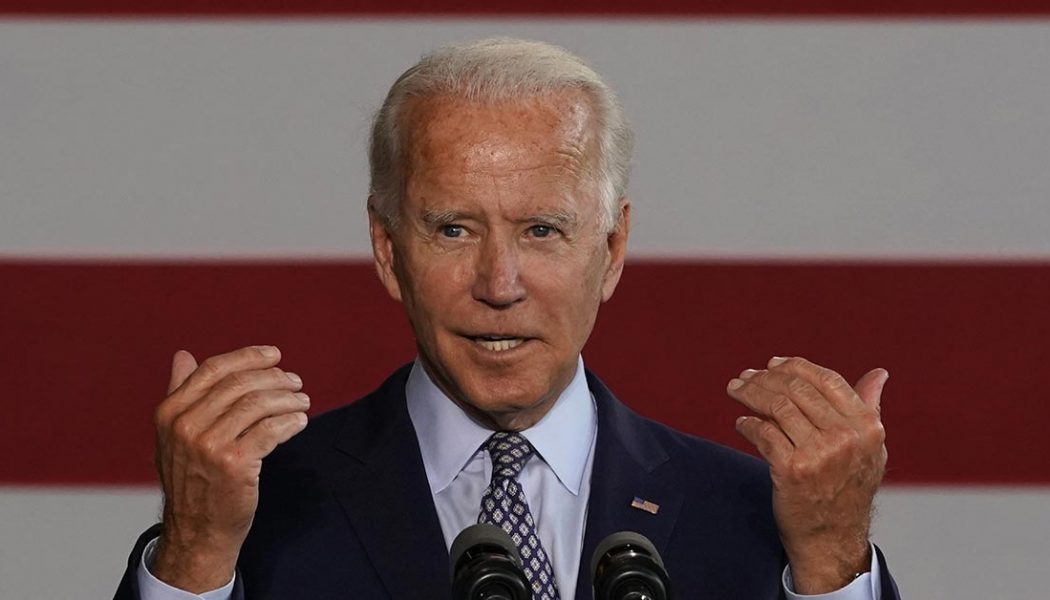 Joe Biden will be only the fourth Catholic major-party presidential nominee in U.S. history, following John Kerry in 2004, John F. Kennedy in 1960 — the nation’s only Catholic president — and New York Governor Al Smith, the Democratic nominee in 1928.

A presidential candidate’s religion, I think it’s fair to say, is less of a factor now that it has been in the past — including the nation’s fourth presidential election in 1800 when critics decried Thomas Jefferson’s lack of active religious conviction. But there are several possible ways in which Biden’s Catholicism could, at least in theory, affect the race — including its potential impact among non-Catholics (as was the case for Smith and Kennedy’s candidacies) and its potential impact among his fellow Catholics, about a fourth of the nation’s voters.

Being Catholic Not an Issue for Most Americans

Both Al Smith and John F. Kennedy’s Catholicism became major issues in their presidential campaigns based primarily on concern that a Catholic president’s religion would interfere in the neutral execution of their duties as president. Smith was forced to issue what became a famous written reply to critics who contended he would be more loyal to the Vatican than to the people of the U.S. — including allegations that he would build a tunnel from the White House to the Vatican. Kennedy confronted the same criticisms, which he helped defuse in a famous October 1960 speech to the Greater Houston Ministerial Association, addressing concerns that he would have split loyalties between his church and his country if elected: ” For contrary to common newspaper usage, I am not the Catholic candidate for president. I am the Democratic Party’s candidate for president, who also happens to be a Catholic. I do not speak for my church on public matters, and the church does not speak for me.”

We did not have systematic public opinion polling in 1928 when Smith ran, so we don’t have a quantitative measure of concern about a Catholic as president in that election. Starting in 1937, however, Gallup began asking Americans if they would vote for an otherwise well-qualified person for president who happened to be Catholic, making this one of Gallup’s longest-running trends. In 1937, 30% of Americans said they would not vote for a Catholic, a percentage that edged up to 33% by 1940. In late 1959, just prior to Kennedy’s campaign year, 25% still said they would not vote for a Catholic, a high enough percentage to help us understand why Kennedy had to address the issue.

In the years after Kennedy’s election, the public’s opposition to a Catholic president began to decline, falling to 13% a few months after his inauguration and dropping further to single digits by 1967, roughly the level where it has remained since.

Biden’s Catholicism Could, in Theory, Be a Plus or a Minus Among Catholics

Most often, we think of a candidate’s demographic, geographic or other personal characteristics as a potential plus among voters who share those characteristics. A candidate from a particular state is supposed to be able to deliver votes from that state, a woman candidate is supposed to have in-roads with female voters, and a Black or Hispanic candidate would increase turnout among Black or Hispanic voters. Certainly, being Catholic puts Biden in a theoretical position to appeal to Catholics, the largest single religious group in America. At the same time, as we saw with the candidacy of Kerry in 2004, it’s possible that Biden’s religion could be a negative for some Catholics who feel he is not “Catholic enough.”

Catholics comprise about 23% of the adult population — and according to exit polls in 2016, about 23% of all voters nationally. Plus, Gallup’s very large national tracking samples from a few years ago showed that Catholics have above average representation in several key swing states — including New Mexico, New Hampshire, Wisconsin and Pennsylvania.

But the challenge for a Catholic candidate like Biden is the lack of evidence that Catholics in any way vote as a bloc or that their religion differentiates them from all other voters. In fact, the remarkable finding in the current era is the degree to which Catholics mirror almost exactly the national average on political indicators. This is significantly different from other religious groups who have much more distinct political profiles — including evangelical Protestants and Mormons, who skew very Republican, and Jews, Muslims, and “nones” (those with no formal religious identity) who skew Democratic.

Gallup data aggregated from surveys conducted through July of this year show that 49% of Catholic adults identify with or lean toward the Democratic Party, while 43% identify with or lean toward the Republican Party. These percentages are little different from the political identity of the overall adult population. Similarly, over the first six months of the year, 45% of Catholics approved of the job being done by President Donald Trump, identical to the national average. Trump’s approval rating has dropped recently, but the similarity between Catholics and the national population has been maintained; 37% of Catholics approve of Trump in Gallup’s last two polls, almost identical to the national average of 39%.

The other significant distinction within the Catholic population in the U.S. today is ethnicity — with about a third of Catholics in Gallup’s data identifying as Hispanic. Among non-Hispanic, White Catholics (there are very few Black Catholics), 56% identify with or lean toward the Republican Party, with 39% identifying with or leaning toward the Democrats. Again, not surprisingly, this is almost identical to the political identification of all non-Hispanic White Americans so far this year. Hispanic Catholics, by contrast, skew Democratic, with 62% in Gallup’s data identifying with or leaning toward the Democratic party, roughly the same as the 58% of the total sample of Hispanic Americans.

Thus, Biden has a built-in edge among Catholics who are not regular churchgoers and who are Hispanic Americans, both of whom are disproportionately predisposed to be Democrats. Biden faces his biggest challenge among White, non-Hispanic Catholics, and among practicing Catholics, as both groups skew more Republican in their politics and are more likely to approve of the job Trump is doing as president — a good indicator of propensity to vote for him this fall.

How likely is it that Biden can use the Catholic connection to increase turnout among less active and Hispanic Catholics, and/or convince practicing White Catholics to vote for him? That’s unclear, particularly in light of evidence showing that political identity in today’s environment may be more powerful or primary than religious identity.

Plus, as was the case for Kerry in 2004, Biden may face pushback from practicing Catholic voters based on his position on abortion. Biden is pro-abortion-rights, a position that continues to be opposed by the Vatican. Earlier in his political career, Biden was much more supportive of the official Catholic position on abortion. As Gallup’s Jeff Jones concluded in a 2004 analysis of Kerry’s presidential prospects: “While having a president who is a member of their church may appeal to Catholics, it may require voting for a candidate whose views on issues may not coincide with their own.”

Biden has received criticism from the Catholic hierarchy over his abortion position, including the well-publicized 2008 decision by the bishop in Biden’s native Scranton, Pennsylvania that he not be allowed to receive communion because of his abortion stance, and a South Carolina priest’s refusal last year to serve Biden communion.

Catholics, as a whole, it should be noted, are no more likely than average to be opposed to abortion, or to say that abortion will be an important factor in their presidential vote. Biden’s position on the issue may thus be a negative factor among just a subset of highly religious Catholics who are more anti-abortion. It’s not likely that Biden’s appeal to this group based on their shared religion would be effective given his abortion stance — on top of the fact that this group skews Republican.

All in all, it appears unlikely that Biden’s Catholic religion will be a significant factor in the election — in either direction. Unlike the elections of 1928 and 1960, there appears to be little opposition to his candidacy just because he is a Catholic. And, although we don’t have a direct question asking Catholics if they are more likely to vote for a candidate because they share the candidate’s religion, there is little evidence that this is the case. Catholics are a large, diffuse group. Highly active Catholics are disproportionately likely to be Trump supporters and tend not to share Biden’s position on the hot-button issue of abortion. Less active and Hispanic Catholics are more Democratic, which is good for Biden, but it’s not clear that his Catholicism per se will increase their enthusiasm for his candidacy or increase their likelihood to turn out and vote.

15ct rhodium plated cz and freshwater pearl contemporary double band ring. How to properly ship fragile items for your ecommerce business. What rights you have over your data.