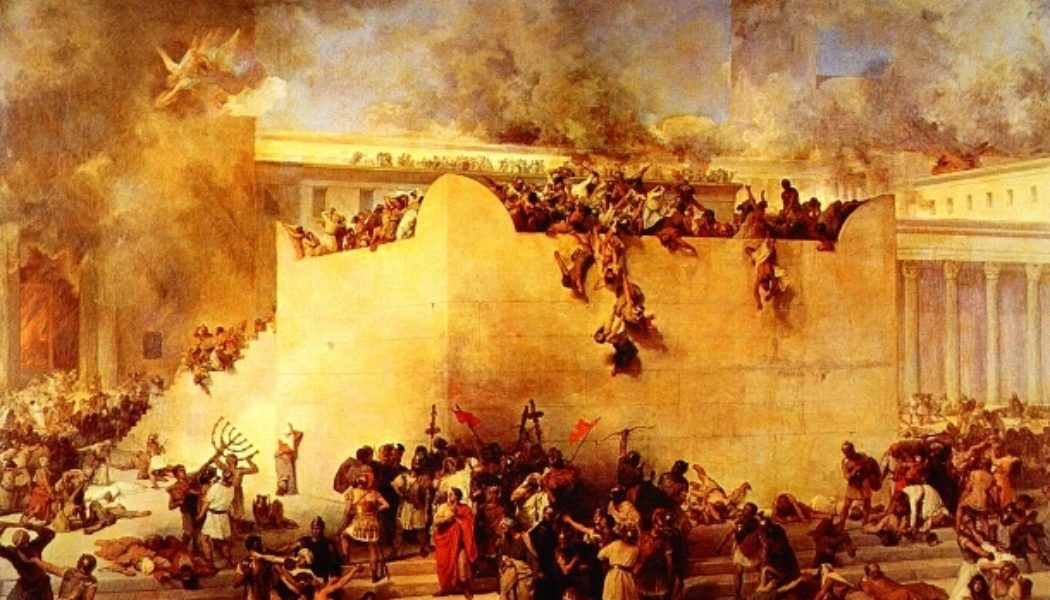 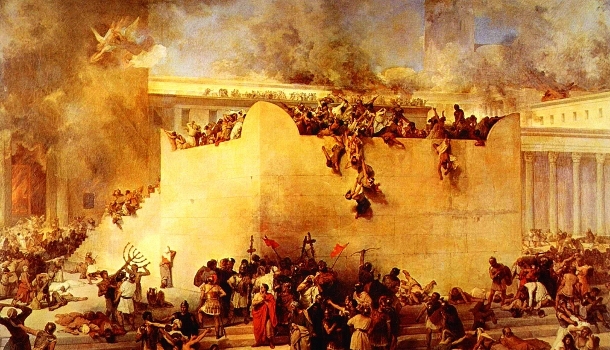 The Jewish historian Josephus was a first-century spin doctor who can be counted upon to put himself and his people in a favorable light, even if it means fudging the facts at times.

But how accurate is Josephus when neither his nor the Jewish people’s reputation is on the line?

After all, the majority of the historical statements he makes in his writings don’t have a direct bearing on making someone look good.

What Day Was the Temple Destroyed?

What should we make of it, for example, when he tells us the date on which an event occurred, such as his statement that Roman forces under the leadership of Titus burned the Jewish temple in Jerusalem on the tenth day of the Macedonian month of Loos (War 6:5:4[250])?

In this case, we’re fortunate to have other information we can use to evaluate Josephus’s statement.

In the first place, he’s undeniably right that the temple was destroyed by Romans, as we have references to this in other sources (e.g., Cassius Dio, Roman Histories 69:12:1).

The Macedonian month of Loos fell in the July/August timeframe, and it was equivalent to the Jewish month of Ab. Here again, we find Josephus confirmed by other sources, for the Rabbis commemorated the destruction of the temple in Ab.

But what about the day? On this subject, there is a discrepancy between Josephus and other sources, but only a slight one. According to Josephus, the temple was burned on the tenth day of Ab, while according to the rabbis, it was the ninth day.

One proposal is that Josephus adjusted the date by one day, because Jeremiah indicates that the original temple had been destroyed by the Babylonians on the tenth of Ab (Jer. 52:12-13). Perhaps Josephus wanted to underscore the divine drama of the situation by having the second temple destroyed on the same day as the first.

This is a possibility, but it is not the only one. It may not have been Josephus who harmonized the dates of the temple’s destructions, but the Rabbis, for the Babylonian Talmud lists both as occurring on the ninth of Ab (b. Ta‘anit 4:5[C]).

But notice what we’re contemplating here—the difference of a single day!

In the grand scheme of things, that is not a lot. What we can say is that we have confirmation that Josephus was right that the temple was destroyed by Romans, he was right about the month in which it occurred, and that—with a possible variance of a single day—he was right about when in the month it took place.

That’s quite substantial accuracy for an ancient historian!

Josephus mentions numerous other things that can be confirmed from other sources, including several that will be familiar to readers of the New Testament.

For example, he mentions a taxation that took place under the Roman governor Quirinius “in the thirty-seventh year of Caesar’s victory over Anthony at Actium”—i.e., A.D. 6 (Antiquities 18:2:1[26]).

This taxation is also mentioned in the Gospels (Luke 2:2), though there are questions about precisely what Luke is saying about it.

Josephus also mentions John the Baptist, who he says “was a good man, and commanded the Jews to exercise virtue, both as to righteousness towards one another, and piety towards God, and so to come to baptism; for that the washing would be acceptable to him, if they made use of it, not in order to the putting away of some sins, but for the purification of the body; supposing still that the soul was thoroughly purified beforehand by righteousness” (18:5:2[117]).

Josephus also records that John was killed by Herod Antipas, for he “feared lest the great influence John had over the people might put it into his power and inclination to raise a rebellion (for they seemed ready to do anything he should advise), [so he] thought it best, by putting him to death, to prevent any mischief he might cause. . . . Accordingly he was sent a prisoner, out of Herod’s suspicious temper, to Macherus, the castle I before mentioned, and was there put to death. Now the Jews had an opinion that the destruction of this army was sent as a punishment upon Herod, and a mark of God’s displeasure against him” (18:5:2[118-119]; cf. Luke 3:1-14, Mark 6:14-29).

The Death of Herod Agrippa I

In addition, Josephus reports an event mentioned in the book of Acts (12:20-23), which is the unusual death of King Herod Agrippa I in A.D. 43.

Josephus’s account is significantly longer than Luke’s, and he adds additional details not mentioned in Acts. Both state that Herod was stricken ill at a meeting with dignitaries, which Josephus indicates was a festival in Caesarea.

Luke mentions that Herod was wearing royal clothing, and Josephus states: “On the second day of which shows he put on a garment made wholly of silver, and of a contexture truly wonderful, and came into the theatre early in the morning; at which time the silver of his garment being illuminated by the fresh reflection of the sun’s rays upon it, shone out after a surprising manner, and was so resplendent as to spread a horror over those that looked intently upon him” (19:8:2[344]).

Both accounts indicate that the crowd then acclaimed Herod a god, with Josephus saying, “and presently his flatterers cried out, one from one place, and another from another (though not for his good), that he was a god; and they added, ‘Be thou merciful to us; for although we have hitherto reverenced thee only as a man, yet shall we henceforth own thee as superior to mortal nature’” (19:8:2[345]).

Both accounts state that Herod did not reject this divine acclamation, and that his refusal led to his death as a divine punishment. Josephus states: “A severe pain also arose in his belly and began in a most violent manner. He therefore looked upon his friends, and said, ‘I whom you call a god, am commanded presently to depart this life; while Providence thus reproves the lying words you just now said to me; and I, who was by you called immortal, am immediately to be hurried away by death.’ . . . And when he had been quite worn out by the pain in his belly for five days, he departed this life” (19:8:2[346-347, 350]).

As one would expect from different historical sources, Josephus mentions different details than are provided in other sources—including the Gospels and Acts—and offers his own interpretations of events.

However, the fact many of Josephus’s statements can be verified from other sources provides historians with a significant level of confidence in what he records.

As with any source, it is necessary to know both the way in which ancient history was written and the idiosyncrasies of Josephus as an author—allowing him to be read in a critical manner—but he remains an extremely valuable historical source for this period.