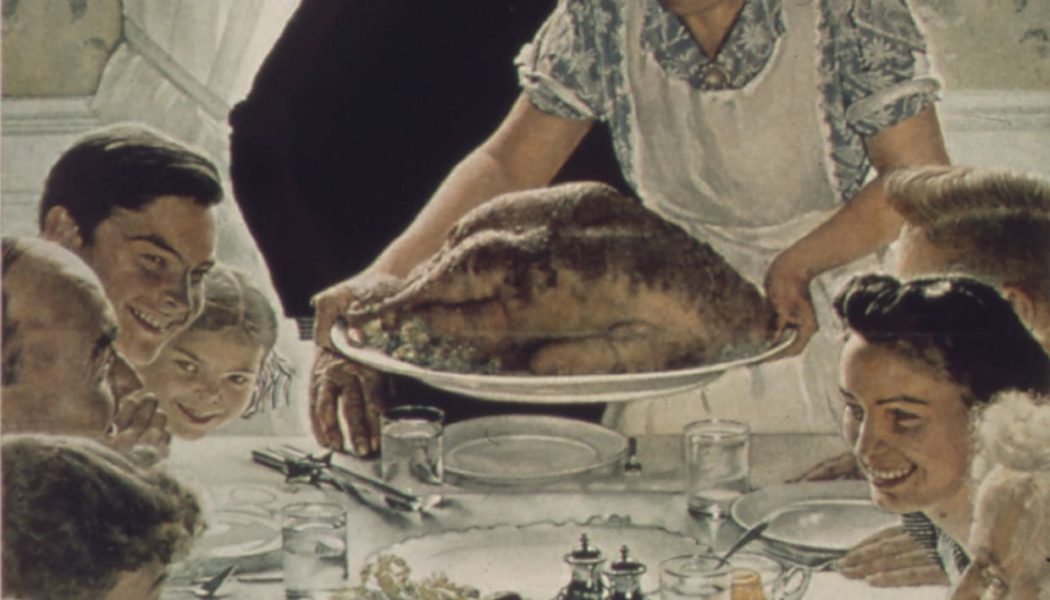 It’s the holiday, and the long weekend. Hopefully that means most of you are enjoying quieter times, and not focusing too much on what’s in the news.

Of course, the news doesn’t stop, and we’re keeping an eye on things for you. So here are some things to read for the long weekend.

Most of us, the lucky ones, are spending the weekend at home with family.

But for many, of course, home and family are very much missed right now — including those who have left everything behind, and under unimaginable circumstances.

You probably know that Catholic Charities is one of the largest providers of support to refugees and migrants in the country. Here at The Pillar, we wondered what the work itself consists of. What does the Catholic Charities actually do to help refugees, and how does it work? Elisha Valladares-Cormier took an in-depth look.

Of course, the work often comes under criticism because, let’s be honest, anything touching immigration is fiercely contested politically. But it is worth remembering who they are helping, wherever you might land on policy. Here’s what one of their directors told us:

“Most of these families are passing through here in a terrible state. We’re talking dehydration and sunburn and foot problems. Some have been robbed. Many, if not most of the girls have been violated. [Our] respite center provides consolation, care and rest.”

It’s not necessary to have a political reaction to that. We can, as Catholics, just see a neighbor who needs our help.

Federal court filings revealed this week that the Biden administration could be planning to remove religious freedom exemptions and protections from federal rules issued by the Department for Health and Human Services. That change would require Catholic employer healthcare plans to cover medical procedures in violation of Catholic teaching, including abortion and gender reassignment surgery.

A proposed HHS policy change could also require healthcare workers to perform “medical” procedures to which they object, like abortion, regardless of their conscience or religious beliefs.

So, what is going on? To fill you in, theologian Charlie Camosy talked with Martin Nussbaum, general counsel of the Catholic Benefits Association, whose organization discovered the coming policy shift.

The Catholic University of America in Washington made the headlines this week when a couple of news reports triggered a row over a painting displayed in the university’s law school.

The image, an icon-style painting, was given to the law school by the university’s campus ministry office. Evoking the Pieta, it depicted Jesus Christ with a resemblance to George Floyd.

I say “depicted,” past tense, because, although the painting had been hanging outside the law school’s chapel for months, once media coverage started, the painting was stolen.

In an email to faculty this week, university president John Garvey said that he had received a lot of feedback on the image following the story.

“Some critics called the image blasphemous because they saw it as deifying or canonizing George Floyd,” said Garvey. “Some comments that we received were thoughtful and reasonable. Some were offensive and racist. Much of the criticism came from people unconnected to the University.”

The U.S. bishops say they experienced synodality as they worked on their Eucharistic document last week. But synodality, Archbishop Christophe Pierre told them, requires more than talk.

So can we expect concrete gestures from the bishops, to flesh out their new-found consensus on Eucharistic teaching? In an analysis, I took a look at that question.

What the bishops do will probably will impact whether “synodality” ever really gets off the ground as a concept in the U.S.

Will the bishops find the “concrete gestures” called for by Pierre? If not, does “synodality” mean saying one thing on paper, and doing something else, or nothing at all, in practice?

The slow-rolling train of the Vatican’s financial scandal trial continued along its juddering path this week. A few developments have emerged in the past few days:

First, it was announced that the next hearing in the pre-trial phase has been delayed from Dec. 1 until Dec. 14.

Defense lawyers continue to argue that they must be allowed to see redacted portions of interviews conducted by the prosecution during their initial investigation.

The prosecutors insist that they’ve only edited out small sections, which relate to separate, ongoing investigations.

The real point of contention concerns conversations investigators apparently had with Pope Francis about the whole affair — we covered all that last week.

The second bit of news came Wednesday, and concerns Gianluigi Torzi, the businessman at the center of the London property deal that triggered the investigation and trial.

Torzi has been in London since jumping bail in the Vatican last year — avoiding extradition efforts by Italian and Vatican prosecutors. But that’s about to change.

Torzi has avoided extradition by arguing in a UK court that the Italian charges he’s facing are based on the Vatican charges against him — and that Vatican prosecutors have been so bungling as to nullify all those charges. The strategy has been somewhat successful thus far.

But this week Judge Michael Snow ruled that the Vatican’s case against Torzi is a separate affair from the money laundering and tax fraud charges he’s facing in Italy — clearing the way for the Italian extradition case to continue.

“I am satisfied that whatever the rights or wrongs of the case brought by the Vatican City State may be, these are not something I am required to rule upon or should rule upon,” Snow said.

One step back, one step forward.

We will see what happens next.

I don’t know when it became a seasonal tradition for newspapers and magazines to run articles along the lines of “How to stick it to your relatives across the table this Thanksgiving” — but it has.

We’ve been treated this year to How-Tos on dealing with everyone’s apocryphal Q-crazy uncle, vaccine-skeptic parents, and even, in one column I saw, the presumably lighthearted suggestion that maybe you should drop a dime on your family to the feds.

For all I know, maybe other families really do gather over the turkey to air their (no doubt faultlessly well-informed) political views, but I cannot imagine anything more tedious.

Mercifully, the prospect is sufficiently risible in our house that “So, how about those current events?” was an actual joke at the table this year.

But whether the appetite for it is real or imagined, the entire genre of commentary I’m describing takes as its premise that your family is potentially the enemy — or at least the opposition.

My brothers and sisters are all fully-formed adults. They possess a range of objectionable opinions on subjects as varied as appropriate men’s footwear, Association Football, and the correct seasoning of gravy. But it would never occur to me to approach the Thursday meal with anything but burning gratitude that I have a family who loves me, and a table around which to gather. Isn’t that the entire point of the day?

It seems to me that the “How to survive your family this Thanksgiving” genre is, at its core, just another sign of how reflexively ungrateful and embittered we encourage one another to be.

If we cannot even have a national day of Thanksgiving – something which should surely shine as a point of cultural pride – without inverting it into an ironic opportunity for stuffing our disagreements down one other’s throats, I sincerely wonder if we are actually able to enjoy anything at all.

On the subject of just being thankful, I myself have much to give thanks for this year, not least the arrival of our first child.

I am also thankful that, 11 months in, our experiment here at The Pillar continues to find its feet. And that gratitude is directed very specifically to those of you who have joined us in this project as paying subscribers. Thank you.

We have high hopes for next year. We also have plans for doing more, and doing it better. We cannot do that without you.

And don’t forget, The Pillar costs less than a waxy chocolate Advent calendar, and it’s a lot more filling.

See you next week,