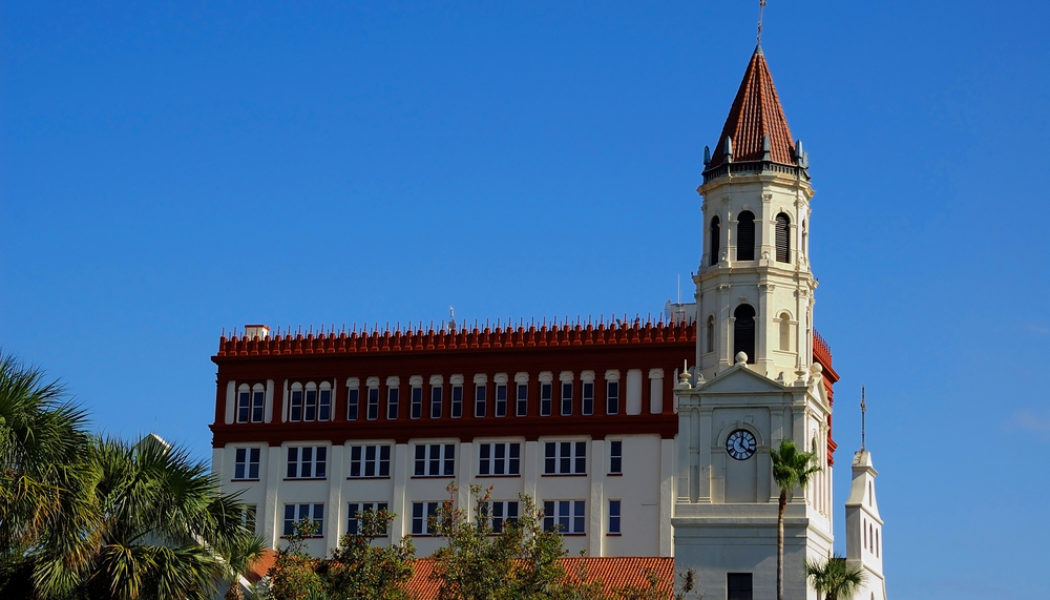 Kevin Schmiesing’s A Catholic Pilgrimage Through American History: People and Places that Shaped the Church in the United States is a surprisingly enjoyable book. Surprising, not because I expected his writing to be bad, because I had no idea who he was when I started reading. Surprising because so much of popular Catholic writing tends to be written as if the author were a 75-year-old trying to re-create the happy days of the college glee club of his youth. There’s a gosh golly gee willikers element to it.

And understandably. The authors know that almost everyone pees on the Catholic Church, and they think, Gosh-darnit, I’m going to tell the good news! It’s what most readers of popular Catholic writing want. Catholics often feel beaten up, not just from the secular world, but from the scandals and general shambles inflicted on them by their own leaders as well. They need to see that sometimes the church is what she says she is, and her people what they’re supposed to be.

This kind of writing tends to be more apologetic than educational. The astute reader always knows how much whitewash is being applied. A Catholic Pilgrimage Through American History, however, is educational and therefore apologetic. It’s a happy history, admittedly, telling the stories of (for the most part) Catholic heroes. But not a naïve happy history.

Everyone should celebrate their heroes, as long as they’re clear that they are exceptional people and that the church also has villains to lament and a great many influential people who were neither heroes nor villains but mediocrities whose religion was more worldly than we wish it had been.

Schmiesing recognizes all this. Parts of the book are painful reading for a Catholic, in the “How could they?” sense, and other parts distressing in the “Why didn’t they?” sense. I don’t know if he intended to do this, but his stories capture well the reality of a church living through history, and how much Catholics find themselves having to respond to events as best they can and how much they are creatures of their time, despite having a religion that speaks to them from outside their time. It should make us reflect on how much we’re just like the people whose failings we can see now and how little we’re like the heroes.

Schmiesing himself is well placed to tell this story. He teaches church history at Mount St. Mary’s Seminary & School of Theology in Cincinnati. He’s also the director of research at the Freedom & Virtue Institute, founded and run by the estimable Ismael Hernandez. (He was also an Acton Institute research fellow from 1999 to 2020.)

Two things before I start on the book: First, the publicity sheet that came with it had this headline: “Historian looks at people, places that impacted our great experiment.” Impacted as a verb? Really? From a publisher? Not using impact as a verb may be a lost cause, but a publisher should keep fighting it.

Second, the foreword is written by Mike Aquilina, as the editor of the Reclaiming Catholic History series. I didn’t realize this till I was some ways into the book and was running late with the review. He is a good friend, and he and his wife were my family’s sponsors when we were received into the Catholic Church. But if I hadn’t liked the book, I would just have begged off reviewing it.

“The movement of pilgrim travel reminds us that this world is not our final home,” Schmiesing writes in explaining the title. He bases the spiritual value of going to places where holy people have lived or holy things happened on the way the Incarnation sanctified matter—made matter matter—and the fact that, as corporeal creatures affected by the world around us, “place still does matter.”

“Certain places acquire profound meaning,” he continues. “They have been sanctified by divine grace channeled through human activity. Usually this human activity involves sacrifice of some kind: labor, charity, or—frequently—the spilling of blood.” He quotes Benedict XVI, who explains that going on a pilgrimage “means to step out of ourselves in order to encounter God where he has revealed himself, where his grace has shown with particular splendor.” (The book includes the addresses of the sites Schmiesing commends.)

As he admits, not every place in the book works as a pilgrimage site in this sense. The grave of Dr. Samuel Mudd of southern Maryland, for example, who was a slave-owner and then southern-sympathizer, and quite possibly conspired to murder Abraham Lincoln. Nor would the birthplace of John F. Kennedy count. Maybe the place he was shot. But then, was he a Catholic hero? A Catholic and possibly a hero, depending on your point of view, but not exactly a Catholic hero.

A Catholic Pilgrimage Through American History begins with the story of the Cathedral Basilica of St. Augustine in St. Augustine, Florida. Its nine pages offer a good example of the way the book works. Especially the way it captures the life of a people in history, which was the aspect I most enjoyed. The writer doesn’t draw moral lessons from the history. He just tells it, but the lessons are there to be drawn.

Schmiesing traces the history of the Catholic Church there from its beginnings in Spanish imperial ambitions through periods of decline and other periods of persecution—the English often being the church’s “bane”—to the city’s status today as a tourist attraction where the cathedral is one of the attractions.

It’s a city in which Catholics lived through history, making their way the best they could but When Florida moved toward seceding from the Union, the Catholics had to decide what to do about slavery. “The opinions of southern Catholics, including priests and bishops, on matters such as slavery and secession generally mirrored those of the non-Catholic majority,” Schmiesing writes.

Preaching in the cathedral in January 1861, the vicar apostolic of Florida defended slavery as justified by Scripture, natural law, and church teaching, and attacked the abolitionists as “fanatical preachers” whose followers felt “wicked passions.” Fr. Augustin Verot was not, however, a “crass apologist for slavery.” He condemned the way the South practiced slavery.

He tried “to split the difference between North and South” in a way that looks wrong now. By splitting the difference, Verot seems to have tried to find a safe place for Catholics in what was then an overwhelmingly Protestant city and culture, one that did believe in slavery as the South practiced it.

On the one hand, “Recent papal teaching and the fact that many of the area’s slaves were Catholic favored a strong stand against slavery.” On the other, much of the church’s membership were descendants of immigrants from Minorca, who weren’t considered Southern or white, and preaching against slavery would further marginalize the church in a way that could well be dangerous.

The Church got by, but it didn’t shine. It survived, but who knows the cost of its quietly accommodating itself to a slave culture, and one waging war to protect its peculiar institution. Distressing in the “Why didn’t they” sense, but I’m not sure how much better any of us would do, or have done in the contemporary versions of the same situation.

Most of the twenty-seven chapters are happier than this one, because Schmiesing writes about heroes. They show that it’s possible to live in history without serving it.