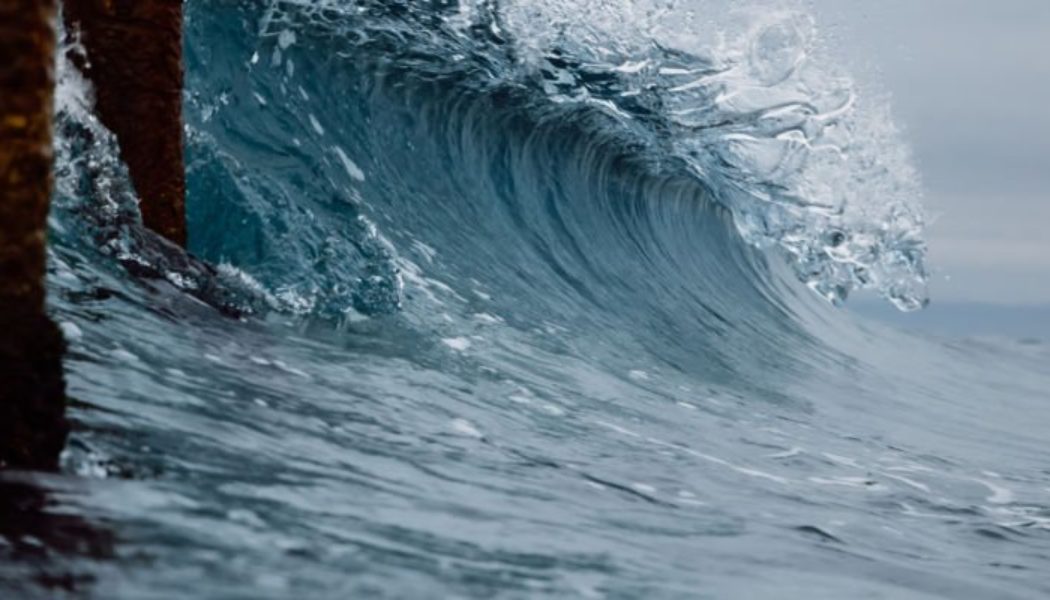 Canute was a young man when he accompanied his father on an invasion into England in 1013, where Sweyn suddenly died, and the army proclaimed Canute the new Danish king. Trouble was immediately Canute’s lot in his new position, for the nobles rejected his kingship and attempted to restore the overthrown Ethelred the Unready as he led an army against Canute out of exile in Normandy.

The new king quickly returned to Denmark to rally. On the way, he famously (and uncharacteristically) executed and mutilated the prisoners his father had received as tributes from the same nobles, displaying their corpses from his ship to show what he thought of the pledges of liars.

Returning to Denmark, Canute found that his brother Harald had assumed the throne. When Canute proposed that they rule in conjunction, the scheming Harald instead proposed that he support Canute’s military efforts to retake England. Canute agreed but meditated on how he might claim his father’s throne from there.

Canute invaded Wessex and established a strong foothold, executing nobles who had sworn allegiance to his father and then abandoned their oaths upon his death. When Canute’s army laid siege to London, Ethelred died, proving himself as unready as ever, and Canute wrested the throne from Ethelred’s son, Edmund Ironside.

In order to associate himself with the English line, Canute boldly married Ethelred’s widow, Emma of Normandy, and proceeded to rule England with a careful combination of English and Danish culture. King Canute reinforced old laws, solidified the monetary system, and brought much political and economic order to England.

At the height of these successes, Harald died, and Canute assumed the sole claim to the Danish throne once again. But, in Canute’s absence, the Swedish and Norwegian kings combined forces to overtake Denmark in a coup. Canute returned at once and defeated their army at the Battle of Helgeå.

Later, Canute sailed to Norway from England to capture it for his own and was offered the crown upon his fearsome fleet’s arrival. Holy Roman Emperor Conrad II married his son to Canute’s daughter and gave him governance over the Mark of Schleswig and Pomerania. Canute was then known throughout Europe as the king of all England and Denmark, Norway, and part of Sweden. And more than that, he was known as a good son of the Catholic Church.

It has been a matter of debate if Canute’s dedication to the Catholic Church was a result of his piety or his politics. He was hailed as a Christian king, even though his legions were largely heathen and Canute tolerated their pagan rituals. Of further concern to some was his execution of hostages and earls in order to inspire fear and the concubines he kept in his far-flung kingdoms.

But besides these controversies of sinful nature, Canute was certainly a stalwart son to the Church by restoring the monastic traditions, repairing churches, and enriching the churches of England with holy relics. He made a pilgrimage to Rome, where he met Pope John XIX and secured permission that English archbishops should pay less of a fee to earn their pallium, and that English pilgrims should pay no tolls on their path to Rome.

Though Canute brought years of peace and prosperity to the nations and peoples he governed, he was not a man whose history swells with the pride of a conqueror or a tyrant. Canute’s legacy is one of wisdom and even humility—not always the fruits of a man of extraordinary political prowess and power.

He was a God-fearing king, no doubt, though he had erred in spilling blood and securing his bloodline. But for these excesses, and in fact for all the excesses of the Vikings, Canute apologized to those he thought deserved an apology. He was a high and mighty king but not a high and mighty man, passing to his eternal reward in 1035.

This unpretentious attitude is best captured by an apocryphal tale where, growing vexed with his courtiers’ extreme reverence for him, as though he could do no wrong or even be as God himself, Canute ordered his court to the seashore. He addressed the assembly: “A servant of mine once told me that I, being so great, could command respect and obedience even from the sea. I am a king, but I am also a man who is subject to the king of kings and subject too to the universe which he has created.”

Canute then stood within the reach of the rising tide, and all waited and watched as the waters encroached upon him, and eventually lapped over his feet and wet the king’s legs with cold indifference. The twelfth-century English historian Henry of Huntingdon writes that at that moment, Canute proclaimed, “Let all men know how empty and worthless is the power of kings, for there is none worthy of the name, but he whom heaven, earth, and sea obey by eternal laws.” Canute hung his crown on a crucifix, never to wear it again, “to the honor of God the almighty king.”

Some have taken this legend in the opposite sense, unfortunately: that Canute boasted that the sea would fear to touch his toes with its waves, and when the tide came in over him, Canute was made out to be a fool. But the pious version of the story is far more in keeping with the tradition of this formidable king and Christian. For it is only by meekness, a sense of smallness and dependence, that anyone can be great.

It is not that difficult to imagine certain characters of our time boasting that the waves would scorn to splash them. Why not? They deny human nature when they call a man a woman or a woman a man. They deny every tenet of our existence as a people when they legalize and defend the murder of children in their mothers’ wombs. Why should they not deny that the tide should soak their ankles? It is hard to imagine what kind of reality check would bring the relativists of today back to reality.

The age-old error that Canute resisted by his graceful magnificence is one that many fall prey to in the modern political sphere—namely, the arrogant belief that political might can rewrite the facts of history, the canons of religion, and even basic principles and dictates of nature. Serving as a beacon against the lunging license of lawmakers is the good and holy king, Canute the Great of Denmark, standing on the shore with the tide wetting his royal feet.

His was an example well heeded, at least, by his successors, perhaps most prominently his grandnephew, St. Canute IV, who was martyred in a church with his companions when it was stormed by rebels who protested against his tax reforms to strengthen Denmark. Though Canute the Holy was the first Danish king to be canonized, he followed in the footsteps of Canute the Great, who knew well the importance of serving the King who commands the waves.