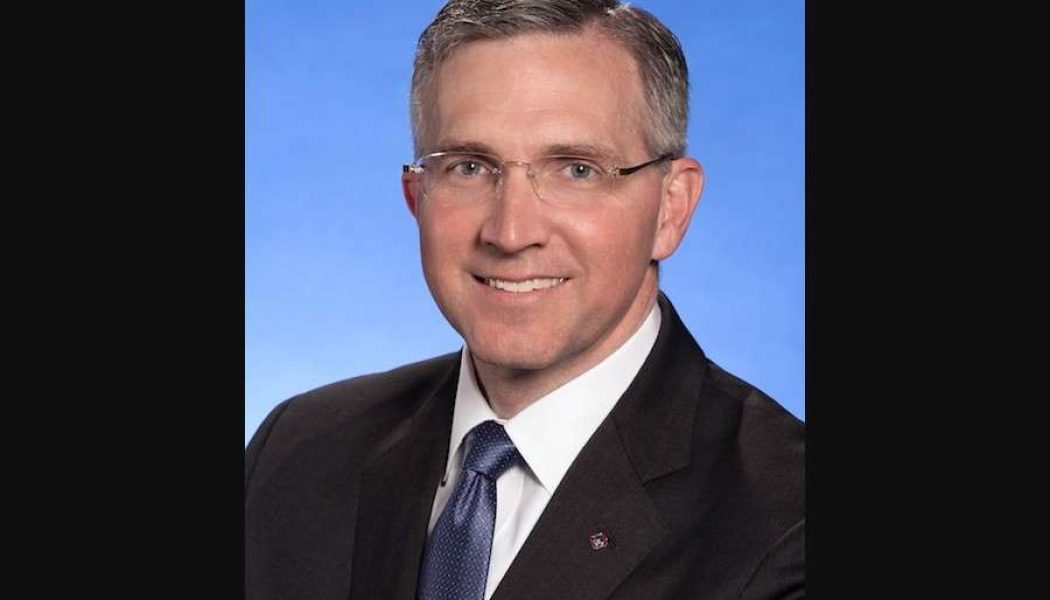 Denver Newsroom, Feb 5, 2021 / 03:50 pm MT (CNA).- Patrick E. Kelly will be the next Supreme Knight of the Knights of Columbus, the largest Catholic men’s fraternity in the world. He succeeds outgoing Supreme Knight Carl A. Anderson, who stressed Kelly’s diplomatic and military background and his long service with the Knights, including leading their response to the coronavirus epidemic.

“I am honored, thankful and blessed. I am honored to be called to serve as Supreme Knight,” Kelly said Feb. 5. “I am thankful to my wife and family, and to my brother Knights for affording me this honor and privilege.”

“I look forward to continuing Carl’s great work and will strive to guide the Knights of Columbus by the principles of charity, unity and fraternity according to the vision of Blessed Michael McGivney,” Kelly said in his acceptance speech.

“These principles are as important today as they were almost 140 years ago at our founding,” he said. “They are a proven path to deepen our Catholic faith, and build strong families, strong parishes, and strong communities that work together for the common good and recognize the dignity and worth of every human being. I ask for prayers as I endeavor to advance the great history and traditions of the Knights of Columbus in service to the Lord, his Church, our brother Knights and their families, our parishes and our communities.”

Kelly has over a decade of experience in senior positions with the Knights of Columbus’ charity and advocacy work and in managing their multi-billion-dollar insurance and investment businesses, the organization said.

The Knights of Columbus has over 2 million members in 16,000 councils worldwide. The order was founded in 1882 by a Connecticut parish priest, Blessed Michael J. McGivney, who was beatified in October 2020. It is dedicated to the principles of charity, unity, fraternity and patriotism. In 2020 members of the Knights performed over 77 million reported service hours and gave over $187 million for charitable causes.

The Knights’ accompanying insurance program has $114 billion in life insurance in force. Its asset advisors program provides Catholic social teaching-compliant investment services to individuals and institutions and manages over $26 billion in assets.

“Patrick has dedicated his life in service to the Church, his country, and the Knights of Columbus,” said Anderson. “He has served as Deputy Supreme Knight for four years and is a well-rounded public servant with diplomatic and military experience. He is ideally suited to carry on the work of the Knights of Columbus as we enter a new era, faithful to our principles of charity, unity and fraternity, and in close collaboration with the Holy See and the bishops throughout the world.”

“Most recently, Patrick led the Knights’ grassroots response to the COVID-19 pandemic titled ‘Leave No Neighbor Behind’,” Anderson continued. “Through this initiative, brother Knights around the world are serving those isolated and alone in quarantine, supporting food banks and blood centers in need of vital supplies, and providing other essential services. Patrick has the experience and strong faith necessary to lead the Knights into the future.”

Kelly joined the Knights of Columbus in 1983 as a university student in Wisconsin. He has a law degree from Marquette University Law School and a master’s in theological studies from the John Paul II Institute for Studies on Marriage and the Family at The Catholic University of America. He spent over 20 years in the U.S. Navy, retiring as a Captain from the Judge Advocate General’s Corps Reserve. He specialized in international and operational law and was Commanding Officer of the international law unit at the Naval War College.

He has served as an advisor to the Department of Justice and to Congress, including work as the legislative counsel to the U.S. House of Representatives’ Permanent Select Committee on Intelligence. He was a senior advisor to the Ambassador-At-Large for International Religious Freedom at the U.S. State Department. In that role, he was the State Department’s principal interlocutor with the Holy See and other countries on issues of religious freedom. He also helped provide policy guidance on religious freedom in Iraq, Iran and Israel, according to his biography at The Catholic University of America’s Center for the Study of Statesmanship, where he has served on the Council of Advisors.

In 2006 Kelly was named vice president for public policy of the Knights of Columbus. He has been an executive director for the Saint John Paul II National Shrine in Washington, D.C., and he served as State Deputy of the District of Columbia from 2012-2013. In 2013 he was elected to the Knights of Columbus Board of Directors and in January 2017 he was elected Deputy Supreme Knight. In that position, he played a leading role in the Knights’ international religious freedom efforts, its pro-life ultrasound initiative, and in developing the fraternal order’s new public initiation ceremony.

He will be the 14th Supreme Knight on March 1.

Archbishop William E. Lori of Baltimore, Supreme Chaplain of the Knights of Columbus, said he has worked with Kelly for over a decade.

“Patrick Kelly is a devoted husband, father of three young daughters, and a man of deep faith with many years of experience as a public servant,” Lori said. “He possesses the knowledge, experience and commitment necessary to carry the Order forward in service to our brother Knights, their families, our parishes, and our communities.”

Carl Anderson retires on Feb. 28, upon reaching the mandatory retirement age of 70. He has served as Supreme Knight for over 20 years.

Kelly said he was “blessed” to have worked with Anderson, saying he has done “so much to strengthen the Knights of Columbus and fulfill our mission through acts of love, kindness, compassion and prayer that have helped countless people here at home and around the world.”