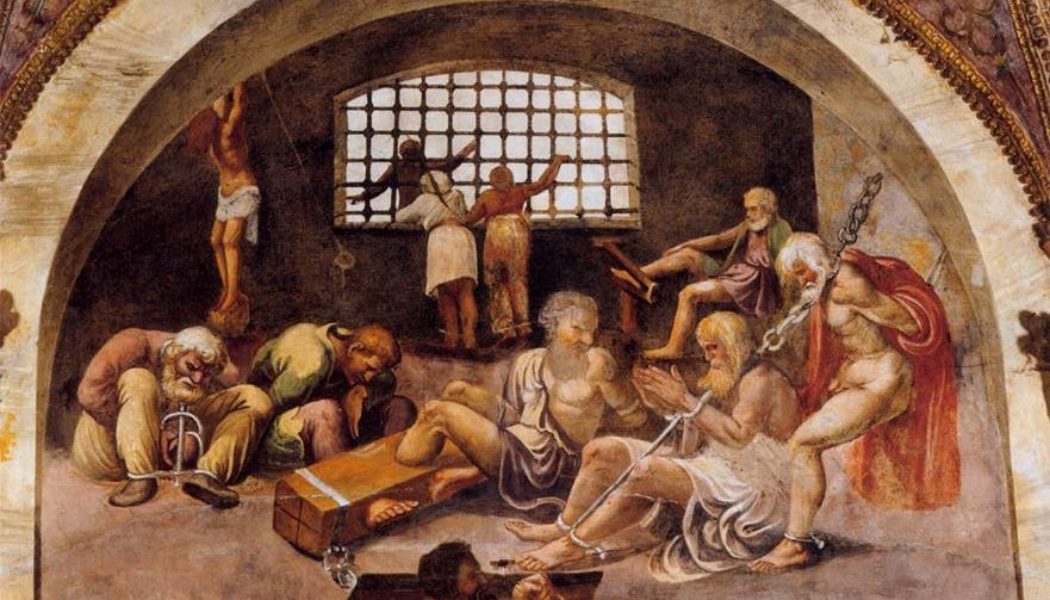 With the recent article in The Atlantic linking the Rosary to extremist gun culture we see a gross misunderstanding in the nature of spiritual warfare and its true target, Satan. The rosary is a weapon, but a spiritual one. While it is possible that the author simply misunderstands our allegorical references to warfare, I rather doubt he is that dumb. Rather, I suspect that this is an attempt to stereotype, and vilify Catholics, especially traditional ones. These are tactics used to lay a groundwork for the marginalization and persecution of the faithful and the criminalization of their views.

With this incident, we do well to review the stages of persecution.  The term “stages” is particularly important in the U.S. because it is rare for a previously respected segment of the population to become reviled overnight. The typical process is that the descent progresses in stages that grow in intensity. In this way, the Catholic Church, once an esteemed institution in America (along with other Christian denominations), has become increasingly marginalized and now even hated by many. It may help us to consider the five stages of persecution because it seems that things are going to get more difficult for the Church in the years ahead.

I. Stereotyping the targeted group – To stereotype means to apply an overly simplistic belief about a group of people to each individual person in that class.

As the 1960s and 1970s progressed, Christians were often caricatured as Bible-thumpers, simpletons, haters of science, and hypocrites; they were frequently labeled self-righteous, old-fashioned, and backwards.

Catholics in particular were also accused of having neurotic feelings of guilt and a hatred of or aversion to sexuality. We were denounced as a sexist institution and called authoritarian, stuck in the past, and hung up on restrictive rules.

According to the stereotype, Catholics and Bible-believing Christians are a sad, angry, boring, backward, repressed lot. To many who accept the stereotype, we are a laughable—even tragic—group caught in a superstitious past, incapable of throwing off the “shackles” of faith.

As with any large group, individual Christians and Catholics may manifest some negative traits, but indiscriminately presuming the characteristics of a few to be common to all is unjust.

To be sure, not everyone engages in this stereotyping, and even among those who do the degree varies, but the climate created by its presence sets the foundation for the next stage of persecution.

II. Vilifying the targeted group for alleged crimes or misconduct

As the stereotyping grew in intensity, Catholics and Christians who did not go along with the cultural revolution were described as closed-minded, harmful to human dignity and freedom, intolerant, hateful, bigoted, unfair, homophobic, and/or reactionary—basically, bad people.

The history of the Church is also described myopically as little more than a litany of bad and repressive behavior: going on crusades, conducting inquisitions, and hating Galileo and all science. Never mind that there might be a little more to our history: founding universities and hospitals, patronizing the arts, and preaching a gospel that brought order and civilization to the divided and barbaric times that followed the fall of the Roman Empire. Our critics won’t hear any of that, or if they do will give the credit to anyone or anything except the Church and our faith.

All of this has the effect of creating a self-righteous indignation toward believers and of making anti-Catholic and anti-Christian attitudes a permissible bigotry.

Having established the (false) premise that the Church and the faith are bad—even harmful to human dignity and freedom—the next stage is to relegate the role of the Church in society to the periphery.

To many in our secularized culture, religion is seen as something that must go. Perhaps we will be allowed to sing our hymns and preach our sermons within the four walls of our churches, but the faith must be banished from the public square.

It has become increasingly unacceptable and intolerable that anyone should mention God, pray in public, or in any way bring the Christian faith to bear on matters of public policy. Nativity sets must go; out with Christmas trees. There have even been some public schools that forbade the use of the colors red and green during the “Holiday Season”!

Do not even think about mentioning Jesus or thanking Him in your graduation speech; you may be forbidden to do so under penalty of law. You may talk about Madonna the singer but not the Madonna.

In contrast, the Gay-Straight Alliance club at the local high school is welcome to pass out rainbow-colored condoms to the students. Muslims strangely get a pass but not Christians. No Bibles or Christian-themed pamphlets had better see the light of day anywhere in the school building—separation of Church and State, you know.

IV. Criminalizing the targeted group or its works

Recent attempts to compel us to violate our teachings and consciences are noted above, but there have been many other times we have had to go to court to fight for our right to practice our faith openly. An increasing amount of litigation is being directed against the Church and other Christians for daring to live out our faith.

Some jurisdictions have sought to compel Catholic hospitals and pro-life clinics to provide information about and/or referrals to abortion clinics or to supply “emergency contraception” (i.e., the abortifacient known as the morning-after pill). In 2009, the State of Connecticut sought to regulate the structure, organization, and administration of Catholic parishes. A number of Christian students in various states have suffered legal injunctions when it was discovered that they planned to mention God and/or Jesus in their graduation addresses. (More details can be found here.)

A good number of those involved in these clashes feel quite righteous and justified in their efforts to remove the practice of the faith from the public square.

In Canada and in parts of Europe, Catholic clergy have been arrested and charged with “hate crimes” for preaching Catholic doctrine on homosexual activity.

In our country there are greater protections for free speech, but there has been a steady erosion of religious freedom; some have had to spend long periods in court defending basic religious liberty. The trajectory points to suffering, lawsuits, fines, and ultimately prison.

Unlikely, you say? Alarmist? Well, stages one through four seem to be firmly in place. One may wish to “whistle past the graveyard,” but it looks to me as if we’re headed for stage five.

Maybe a heavy post could use the accompaniment of a lighthearted video. This animated retelling of Acts 16 is so bad it’s good!

Cross-posted at the Catholic Standard: Stages of Persecution