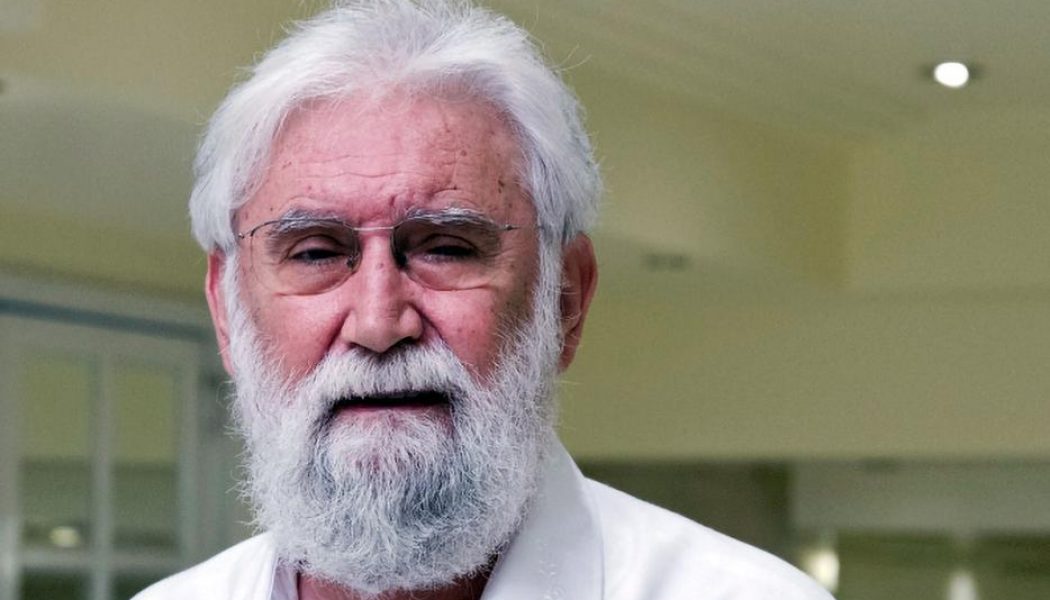 The controversial former Franciscan priest was disciplined by the Vatican in the 1980s, for disseminating Marxist-oriented ideas that demonstrated ‘a profound misunderstanding of the Catholic faith.’

VATICAN CITY — The controversial Brazilian liberation theologian Leonardo Boff will be a keynote speaker at the Economy of Francesco, a three-day international Vatican-organized conference that starts tomorrow aimed at making finance inclusive and sustainable.

A former Franciscan priest, Boff will speak on “socio-ecological responsibility: global view, territorial actions” along with Father Vilson Groh, who works with the poor in the favela (slum) of Florianopolis in southern Brazil.

According to the Economy of Francesco organizers, the Nov. 19-21 conference aims to propose ideas that “move and live for a fairer, more fraternal and sustainable economy and give a soul to the economy of tomorrow.”

Some 2,000 economists and entrepreneurs under the age of 35 from around the world will take part in the live-streamed meeting which will include a 24-hour “marathon” of online exchanges on the second day.

Boff, 82, is one of the best-known surviving supporters of liberation theology — a synthesis of Christian theology and socio-economics that emphasizes social concern for the poor and political liberation for oppressed peoples.

The Congregation for the Doctrine of the Faith under Cardinal Joseph Ratzinger condemned the movement for, among other reasons, having concepts “uncritically borrowed” from Marxist ideology. Boff himself once described the movement as proposing “Marxism, historical materialism, in theology.”

In 1984, the Vatican demanded silence and obedience from Boff for a book he had written, saying it showed a “profound misunderstanding of the Catholic faith.” In 2001, he described the Vatican of Pope St. John Paul II’s pontificate as “highly fundamentalist” and accused Cardinal Ratzinger of “religious terrorism.” In 2013, he described Benedict XVI as an “angel of death in the Church” because of his “fundamentalist rigor.”

But under Pope Francis relations with the movement considerably thawed. Boff has argued that his 1984 book now sounds “like a pious text” in light of the current pontificate, and liberation theology featured prominently at last year’s Amazon Synod.

Pope Francis, who according to Argentine historian Roberto Bosca accepted liberation theology in his youth but in a “non-ideological” fashion, wasted no time after his election in warmly receiving at the Vatican some of its exponents and founders. An audience was also scheduled for Boff in 2015, but it was canceled because Francis was angry at a letter written by 13 cardinals concerned about the direction of the Synod on the Family, according a December 2016 interview Boff gave to a German newspaper.

In that interview, Boff also said that Francis had requested material from him for use in his 2015 encyclical on the environment, Laudato Si (Care for Our Common Home), and that the Holy Father had subsequently thanked him for his contribution to that papal document.

In 2019, Francis wrote a letter to Boff congratulating him on his 80th birthday, saying he continues to read some of his books and that he was praying for Boff and his wife.

A strong critic of neoliberal capitalism, Boff, who left the Franciscans and the priesthood in 1992, has long advocated a more equitable distribution of the world’s resources and concern for the environment.

According to Julio Loredo of the Catholic Brazilian-based Plinio Corrêa de Oliveira Institute, Boff is now a “self-proclaimed ecotheologian” for whom egalitarianism is so vital that it requires a “change of paradigm” based on an egalitarian conception of “universal fraternity.”

Loredo says that these themes, which he contends are very much present in Francis’ latest encyclical, Fratelli Tutti (Brothers All), involve regarding God as “fluid” and changeable, and adopting a philosophy of egalitarianism that man must “not possess what is not essential to life.” In other words, Loredo says, it is another form of socialism, which makes “all poor, all equal.” The key to understanding this week’s conference, he believes, is recognizing its philosophy whereby “poverty is the means” but the “goal is egalitarianism.”

At a Vatican press conference last month, Luigino Bruni, the scientific director of the Economy of Francesco, alluded to such a vision when he held up a society where wealth is equally distributed. “We have entered the era of communal wealth and a new economy is needed,” he said, one, he added, that young people are already “committed to.”

In 1995, Boff wrote a book titled Cry of the Poor, Cry of the Earth, which attempted to link the spirit of liberation theology with the challenge of ecology.