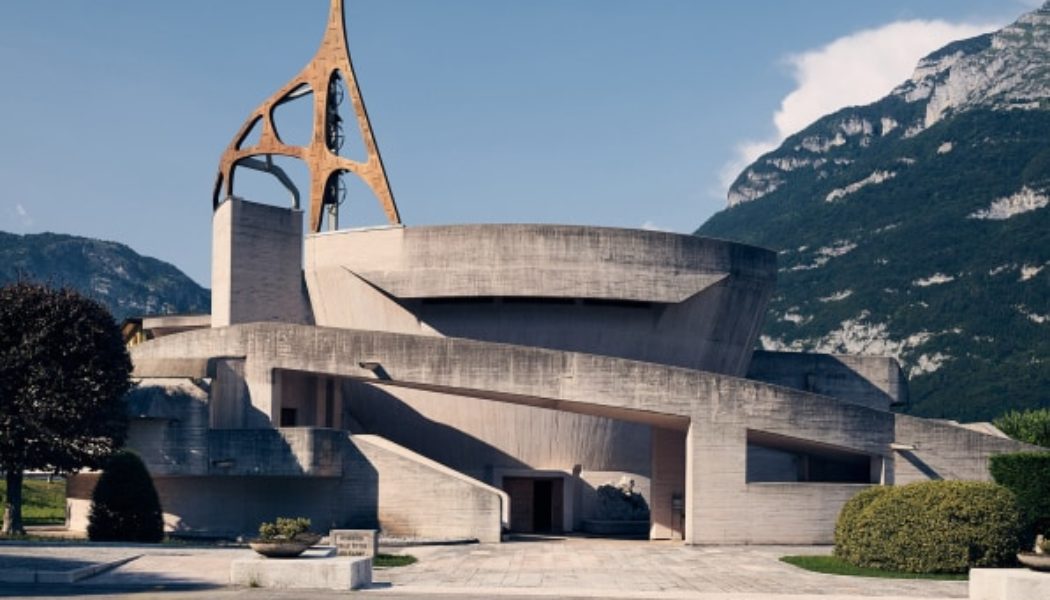 After World War II, religion in Europe was declining, and the Catholic Church turned to architecture for a fresh start: Out with the gilt and the traditional symbology, in with the concrete and glass.

In an upcoming book, British photographer Jamie McGregor Smith tells the story of these little-known modernist churches, which were built in the 1960s and ’70s. Titled Sacred Modernity, the book, which is currently being crowdfunded on Kickstarter, features striking images of over 50 Catholic churches in Austria, Italy, Switzerland, and England. The collection is an ode to concrete and modernist architecture, but it also nods to the important role that architecture played in the Catholic Church’s mission to bring people back to the church.

Modernist architecture was in vogue in the ’60s. Championed by influential architects like Oscar Niemeyer and Le Corbusier (whose very own chapel in Ronchamp, France, has become an architectural icon), it seeped into every aspect of design, from furniture and houses to museums. “[The Catholic Church was] fashion-sensitive through necessity,” says Smith of its decision to embrace the modernist trend after a vast number of churches were destroyed during the war. “If they’re not fashion-conscious, they lose the interest of the public.”

Unsurprisingly, the Catholic Church’s go-to material was concrete. For one, because Western Europe was broke, and concrete was cheap. But there was something else: The church wanted to convey a more austere image compared to the meticulous craft and gilding associated with its historical counterparts. “It wanted to say, ‘We understand what it’s like not to have this wealth,’ and it was a conscious decision to reflect this using this material,” says Smith. In the small Swiss town of Hérémence, tumbling cascades of concrete blocks make up the interior of the Church of St. Nicholas. While in Trieste, Italy, the Temple of Monte Grisa boasts a striking, tessellated concrete structure evoking the letter M for Mary.

Concrete was fashionable, but the Catholic Church’s quest for a new image went beyond the material. In 1959, Pope John XXIII called for a Second Vatican Council to address the changing relations between the Church and the modern world. Smith says only a few sentences were dedicated to the way new churches should look, but those few sentences led to a radical revision.

The traditional cruciform layout, with a longitudinal hall and rows of pews facing the altar at the end, were abandoned in favor of a more inclusive layout. In the British Liverpool Metropolitan Cathedral, which was completed in 1967, the altar is located at the heart of the building, which happens to be circular. “When they built these churches, they hoped to make people be interested again in the social necessity of religion, or having somewhere to get together,” says Smith.

Some have succeeded more than others. In Vienna, the Saint Florian church now doubles as a concert venue with a permanent light rig, says Smith. But the majority of the book’s photos show striking spaces devoid of life. Smith says that’s reflective of the period the photos were taken, namely during the pandemic, but he says the emptiness also shows that church attendance in Europe is declining. “So what do we do with these spaces?” he asks.

Ultimately, Sacred Modernity showcases the changing role of the Catholic Church from a place of religious communion to a place of community. Smith says he isn’t religious, but “if you don’t replace religion with something else that can bring communities together, it would be a loss,” he says. “Part of me thinks you don’t have to be religious to see the benefit of social architecture—and in a way, churches are social architecture.”