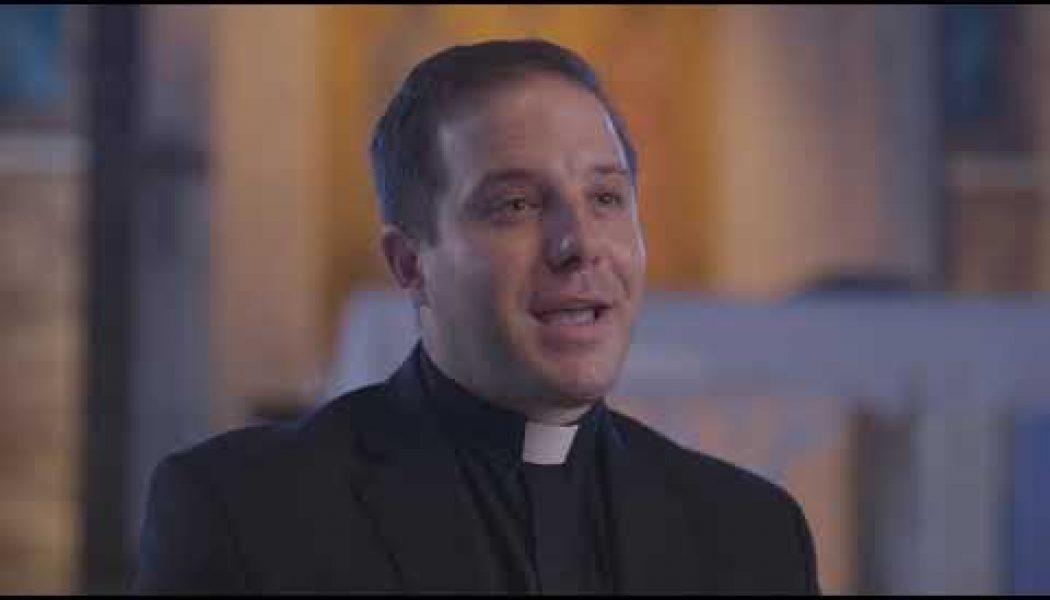 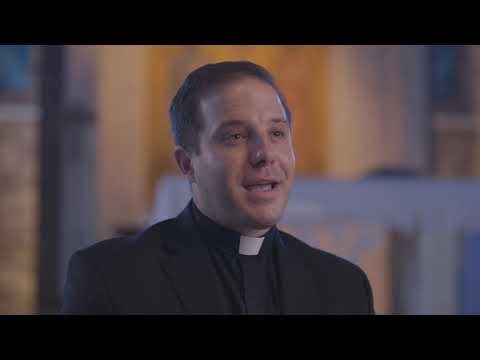 By now, I am certain that all of our readers have heard of the appalling matter that recently came to light in the Archdiocese of Detroit. A young priest, ordained just over three years ago, happened to see the video of his own baptism, and thus discovered that the deacon who baptized him had said “We baptize you in the name of the Father etc.”, rather than “I baptize you…” Earlier this month, the Congregation for the Doctrine of the Faith issued a note (published in the Vatican Bolletino) specifically about this particular deformation of the baptismal formula, stating that it is absolutely invalid, and furthermore, that any person whose baptism was celebrated with this formula must be baptized “in forma absoluta.” This means that the validity of the words “We baptize you…” is not dubious, which would require a conditional baptism, (“Unless you are already baptized, I baptize you…”); it is categorically invalid, and the person must simply be baptized, with the ordinary formula, not the conditional formula.

First of all, I encourage anyone who reads this to offer prayers for Fr Hood, who, subsequent to this terrible revelation, was duly and swiftly baptized, and then confirmed and ordained, since of course a person who is not baptized cannot validly receive the other Sacraments. His words in the video given below are very edifying and charitable, but this must surely be something very difficult to bear with. Likewise, we should pray for all those who have been affected by this: those who have attended Masses celebrated by him, weddings at which he officiated, those whose confessions he has heard, etc. Of course, any person, even one who is not baptized, can validly baptize another person if they use the correct form and intend to do what the Church does; therefore the Baptisms which he himself performed after his original “ordination” are indubitably valid.

In a public statement issued to his flock about this matter, the Archbishop of Detroit, H.E. Alan Vigneron, writes that “God has bound Himself to the sacraments, but He is not bound by the sacraments.” This is an important reminder that when the Sacraments are, unbeknownst to the faithful, administered invalidly, (and in this case, also unbeknownst to the minister himself), they should trust that God has nevertheless not deprived them of His grace. This is not, of course, to be taken to the despite of the importance of the Sacraments, which Christ instituted as the ordinary, efficacious, and necessary means of our sanctification. Likewise, the Detroit archdiocese must now undertake to rectify the situation as far as possible, and it cannot be denied that this will certainly be a lengthy and difficult process. It seems that there may be quite a number of other invalidly baptized persons within the parishes where this deacon served. His actions are like those of a man who throws a very large and heavy rock into a very small pond; they are devastating, and they ripple outwards.

That being said, I make bold to further urge our readers to pray that this matter spur the Church to put a definitive end to the culture of liturgical abuse, and the improvisation that fosters abuse and leads to these kinds of events in the first place.

In his letter to the archdiocese, Abp Vigneron quotes the words of Sacrosanctum Concilium (22.3) that no one “even if he be a priest, may add, remove, or change anything in the liturgy on his own authority.” But the simple fact of the matter is that this statement has been a dead letter for decades, an unacceptable state of affairs that is de jure and de facto very much encouraged by the current liturgical discipline of the Church.

De jure, the post-Conciliar liturgical reform gave the clergy a degree of liberty to decide what shall be said or sung within the liturgy, how it shall be said or sung, whether it shall be said or sung, and with what rituals accompanying, that was far broader than anything known within the Church before 1969. Just to give a very simple example: prior to the reform, every sung Mass of the Roman Rite on the First Sunday of Advent began, as it had begun for centuries, with the Gregorian Introit Ad te levavi, and every low Mass began with the prayers before the altar, after which the priest read Ad te levavi. Since 1969, the ubiquitous and fatal rubric “or another suitable song” has given him (or the persons to whom he has delegated responsibility) permission to sing more or less anything, since inevitably, everyone has their own ideas about what sort of song is really suitable. There are also plenty of places where the priest is permitted to make up what he will say, like the supposedly “very brief” (brevissimis) words by which he, or a deacon, or a lay minister (as options multiply) may introduce the day’s Mass to the faithful, and the exhortations which begin rites such as the prophecies of the Easter vigil or the processions on Candlemas and Palm Sunday. One formulation of this permission, “vel similibus verbis – or with similar words,” occurs eight times in the rubrics of the 2002 Latin edition of the Missal.

Even discounting these permissions, it is impossible for a priest to celebrate the modern Rite without having to continually choose among options. The Prayers of the Faithful have a fixed form, but no fixed content at all, and Father has no choice but to make a choice: to write them himself, to get someone else to write them, to use a book of them made by someone else, or to omit them when permitted. Examples could be multiplied almost endlessly, but I am sure they are well known to our readers. Suffice it to say that the multiplication of options is not even excluded from the very heart of the Rite, the Eucharistic Prayer. Here, the celebrant is compelled, whether he will so or not, to make a choice among at least four options, often many more, guided by almost nothing. The rubrics of the Missal offer no more than suggestions as to when they may be “suitably” chosen, but a priest is never required to choose any particular Eucharistic Prayer, not even the venerable Roman Canon.

Now there is, of course, a significant difference in theory between choosing among licit options or making up things to say where this is permitted by law, and improvisations of the sort which invalidate a baptism. The latter are and always have been officially prohibited. But in practice, once the clergy were given such a broad degree of liberty to fashion and refashion so much of the liturgy as they saw fit, it was completely unrealistic to imagine that they would NOT apply this liberty to the rest of it as well. Basic experience of human nature should have made it obvious that in almost any climate, but especially in the revolutionary atmosphere which prevailed in the Church in the later 1960s, the bounds set by liturgical law would be effectively ignored.

This then brings us to the de facto part. The abuses of this new-found liberty were for a long time encouraged by an almost complete absence of will to restrain them on the part of the Church. In many parts of the world, this is still very much the case to this day. It is certainly true that in the United States, the problem is now greatly lessened, especially among the younger clergy, but “lessened” is not the same as “gone”, and is not an acceptable substitute for “gone.” Only a few years ago, I had the unpleasant experience of hearing my Confession concluded with an invalid formula of absolution, in the United States, and from a priest of about the same age as the deacon who failed to baptize Fr Hood. It is completely unrealistic to imagine that men who were positively encouraged to treat the liturgy as a forum for their own personal creativity would obey any law, even one that guards the validity of a Sacrament, if the Church itself did nothing to restrain their breaking of it for so many years. Truth to tell, in the years after Vatican II, it was the very same bishops who put their signatures to Sacrosanctum Concilium in the first place, thus approving the words quoted above, who then refused to say to their priests, “Thus far shalt thou come, but no further, and here shall thy proud waves be stayed.”

Where I write above “encouraged by the current liturgical discipline of the Church”, I wish to emphasize the word “current.” Taking St Justin Martyr’s famous description of the “improvised” Eucharist as a starting point (First Apology 67), experience must surely have taught the Church in antiquity the same thing which it is teaching Her now – that giving people broad liberty to fashion and refashion the liturgy is a terrible idea. There is absolutely no reason why this lesson cannot be applied to the post-Conciliar liturgical reform. There is no reason why the Church cannot say to the clergy, “You will say this Eucharistic Prayer on this day, and no other, that one on that day, and no other. This is the only vernacular hymn in this language that may substitute Ad te levavi on First Advent. These are the Prayers of the Faithful.” And so on.

Of course, the Church must also be willing to train Her clergy to be obedient sons, to recognize themselves as the servants of the liturgy, not its masters, as men called to be formed by the liturgy, not to form it. But She must also be willing to give them a liturgy that truly forms them, and does not need to be formed by them, one that spiritually rewards its faithful servants, and needs no master other than Herself. Until this lesson is relearned, She has sown the wind, and must now continue to reap the whirlwind.