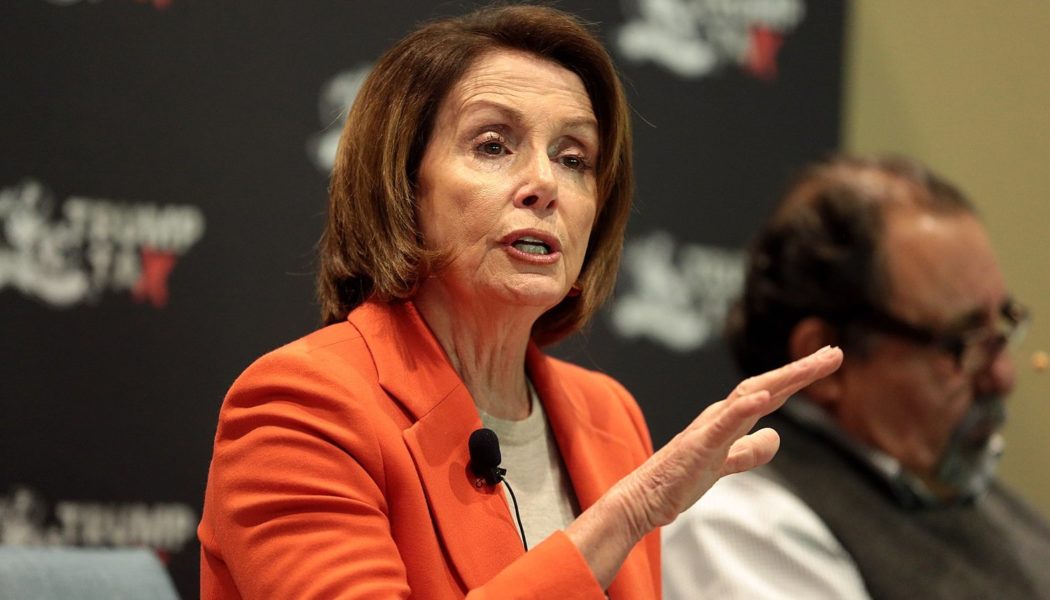 Too often in the mainstream press there is a tendency for newsrooms to parrot the taking points of progressive activists. It’s due to a number of factors.

One is the type of schools most present-day journalists attend. The other is that they mostly grew up, live and work in blue zip codes along the New York-DC Acela corridor. Those values often come into direct conflict with reality, and that’s when journalism often fails to report facts and context that matter to news coverage. And always remember this GetReligion theme — politics is “real.” Religion? Not so much.

This brings us to the national news story regarding House Speaker Nancy Pelosi being banned by San Francisco Archbishop Salvatore Cordileone from taking Holy Communion because of her continued support — in words and deeds — for abortion rights.

The ensuing coverage, depending on what sources you read, spanned from very good (especially in Catholic news sources such as America magazine and The Pillar) to baffling and very poor.

These last two traits were mostly found in mainstream secular outlets where the focus was predominantly on politics rather than religion. It also highlighted the blind spots of today’s journalists, where a lack of religion knowledge — or even understanding that religious voices need to be included in their coverage — was on full display in the Pelosi-Holy Communion story.

As a result, some of the news coverage surrounding Pelosi and the archbishop denying her the Eucharist openly attempted to rewrite Catholic doctrine on this issue. Since most news coverage has a good guy-bad guy quality to it, omitting what the church teaches on this particular issue helped cast the California Democrat as the aggrieved party and Cordileone as a MAGA-loving prelate (who does not deserve the red hat of a cardinal).

It really didn’t matter whether it was a news story, editorial or opinion piece — centuries of Catholic doctrine on who should receive the Eucharist and the authority of a bishop was swept to the side.

The San Francisco Examiner, in a May 23 editorial, called for Pope Francis to replace Cordelione. Here’s the key section:

Pelosi has consistently fought on the morally right side of these issues. Why is she being singled out for punishment in her hometown, especially when she can still receive Communion in Washington, D.C. or Oakland?

The answer is that Cordileone’s chief loyalty is not to Christ, but to the cabal of far-right American bishops led by Raymond Leo Burke, a Catholic prelate who has led a continual campaign to undermine Pope Francis’ authority.

In light of Cordileone’s resurgent efforts to create discord, we repeat the call for Pope Francis to remove him and replace him with a leader who can unify rather than divide. Cordileone’s radical conservative politics might attract more people to the faith in places like Oklahoma or Texas, but his partisan pomposity will win no converts in San Francisco. His placement here was a cruel strategy meant to bedevil our community and set up exactly the kind of destructive political games unfolding today.

It is Nancy Pelosi, not Archbishop Cordileone, who reflects the true spirit of Christian care in the City of St. Francis. For the Catholic Church to continue to thrive here, we need a leader who opens the church’s doors to all, not a small-minded man who locks out his political adversaries.

Whoopi Goldberg, a panelist on the ABC News program The View, echoed this sentiment, arguing that “abortion rights battle is starting to blur the lines between church and state.” She also said:

“The archbishop of San Francisco is calling for Speaker Nancy Pelosi to be denied receiving communion because of her pro-choice stance,” she said. “He’s one of the priests who also called for President Biden to be denied sacrament. This is not your job, dude. That is not, you can’t, that is not up to you make that decision.”

Actually, as tmatt noted in his “On Religion” column this past week, the U.S. Catholic bishops recently noted that local bishops are precisely the leaders charged with defending doctrine on issues of this kind. Also, it should be noted that Goldberg is not a Catholic, although she once played a nun in the “Sister Act” movies. That doesn’t make her an expert on Catholic teaching.

These opinions basically framed the coverage seen throughout news coverage. It was all about politics. The issue was covered in a way that was devoid of religion, theologians, canon lawyers or any other experts who could give context on what the church teaches on this issue.

As noted by tmatt in a previous GetReligion post, NPR wrote about Cordileone’s decision, calling the Eucharist “a ritual practiced in Catholic churches to memorialize the death of Christ, in part by consuming a symbolic meal of bread and wine.” NPR had to issue a correction. For Christians in ancient churches, Holy Communion is not symbolic.

The New York Times mangled Catholic doctrine by failing to provide full context in their first-day story. Again, no canon lawyers or theologians were interviewed. Instead, they did what many in the mainstream did — attempting to state what the church teaches as seen through a political lens. The paraphrase was politically loaded. Here’s what they wrote:

The Catholic church explicitly opposes abortion, which it considers among the gravest sins. Archbishop Cordileone is an outspoken critic of abortion and same-sex marriage, and he has also said he did not get vaccinated for the coronavirus.

The article was also sprinkled with political labels. Cordelione was referred to as “an ultraconservative archbishop” and the Eucharist simply referred to as “a central element of Catholic worship.” That line was hyperlinked to a previous Times story from June 2021 reporting on Holy Communion and political partisanship.

This is where an explainer might have also helped. Few news outlets did that, choosing instead to mangle — or in some cases even rewrite — Catholic teaching on Communion.

Some Catholic media shined here. The Pillar, above all, stood out for its coverage. The SubStack account included the following in its story on May 20, when the news broke:

It is unlikely that either Vatican officials or many U.S. bishops will offer explicit comment on Cordileone’s decision, but if the archbishop’s actions do not meet with Vatican approval, he could find administrative engagement with Vatican departments more difficult in the months to come.

Still, the archbishop’s move does not come as a surprise. Cordileone has raised concern about Pelosi’s abortion advocacy for years, and has at the same time discussed the prospect of prohibiting pro-abortion politicians as a measure of sacramental discipline. To most Church watchers, it seemed likely the archbishop would eventually engage Pelosi by invoking canon 915, as he did this week.

Four days later, The Pillar put out an explainer. It was further proof that on this story, and so many others regarding doctrine, the Catholic press should be one of the first places you should go to for consistent, accurate news coverage.

Even more frustrating is that this story has gone on for nearly 10 days. Pelosi spoke about the ban in an interview with MSNBC on May 24. There were plenty of chances for mainstream news outlets to get this right.

Was it really so difficult to cite Canon 915?

A Google News search of “Canon 915” pulled up results for The Pillar and a few other Catholic news sites. A Washington Post story from May 27, a week after Cordileone’s initial barring, quoted Canon 915 after the story noted that Pelosi’s ban had spread to four other dioceses. This is the section more than halfway down that provides important details so many stories ignored:

Canon 915 states, “Those who have been excommunicated or interdicted after the imposition or declaration of the penalty and others obstinately persevering in manifest grave sin are not to be admitted to Holy Communion.”

The Rev. John Beal, a canon lawyer and professor at the Catholic University of America, was dismissive of the argument by Vasa, which contradicts the commonly held belief that Communion denials are limited to the diocese of an individual bishop. “Bishops are rarely punctilious about procedural niceties,” Beal said in an email.

It took a week, but it finally made it into some mainstream coverage. Overall, however, the mainstream press gave a distorted view of this issue. Instead of informing, the coverage was consistently skewed.

The fallout is readers not fully understanding what’s happening. This is the problem when journalists push narratives and infuse partisanship into news stories — when basic facts and debates between informed voices on both sides would suffice.

The purpose of journalism is to inform. Some failed miserably when it comes to the ongoing Pelosi/Communion issue.