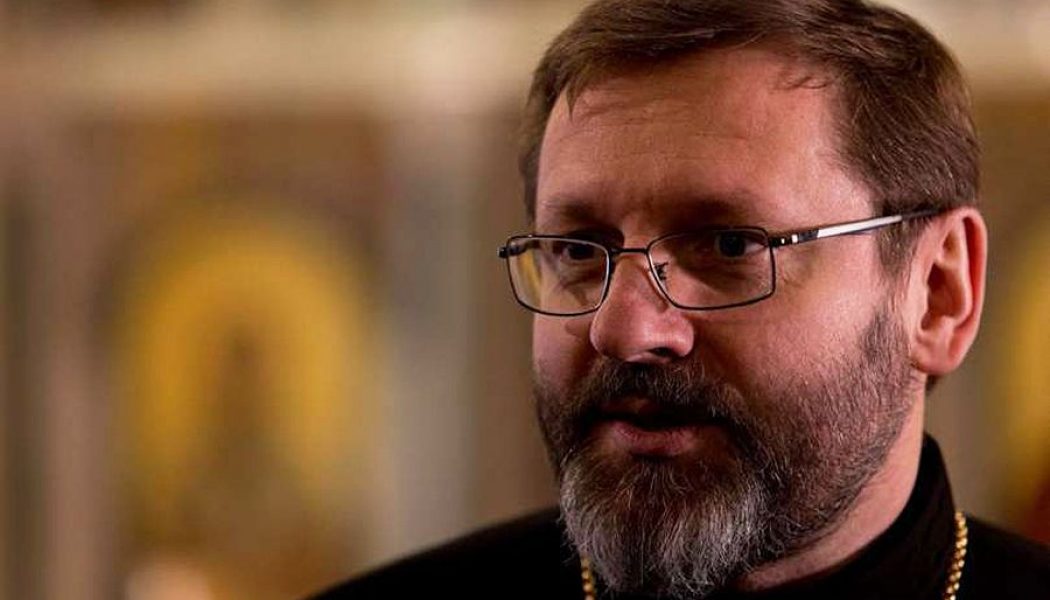 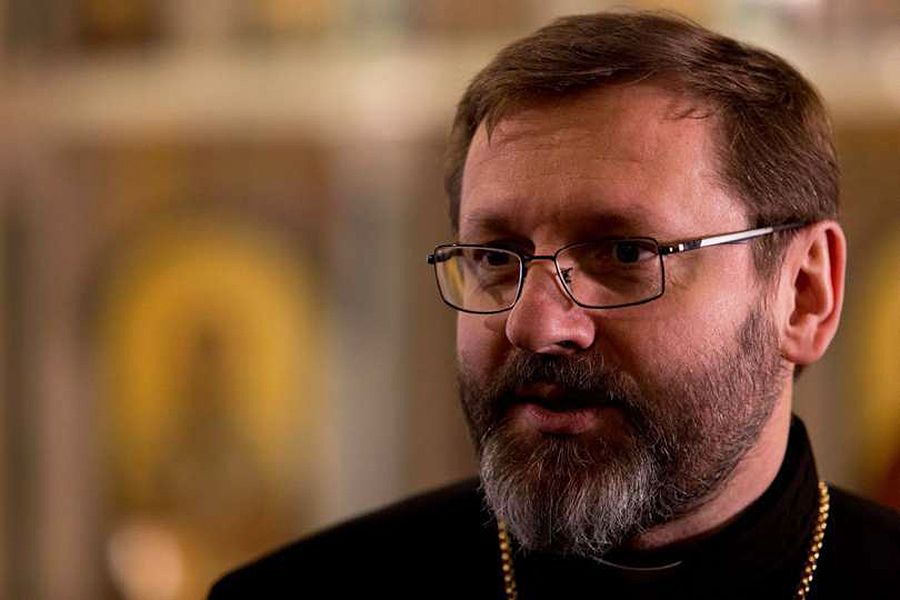 But in recent months, violations of the cease-fire agreement have grown in frequency, as Russia builds up troops at its border with Ukraine.

“We are very perplexed and worried about the increase in the Russian military presence at the threshold of our country,” Shevchuk said. “It seems that this is the most powerful militarization that has ever happened since the beginning of the war. This fact cannot go unnoticed by the international community.”

Pope Francis said that he was closely following the situation in eastern Ukraine at his Sunday Regina Coeli prayer on April 18.

Leading Catholics in praying a “Hail Mary” for the country and its people, Francis appealed for a decrease in tensions, and for an increase in mutual trust, reconciliation, and peace.

“May we also keep at heart the grave humanitarian situation being experienced by that population, to whom I express my closeness and for whom I invite you to pray,” the pope said.

Ukrainian President Volodymyr Zelensky thanked the pope for his words on Monday.

Writing on his Twitter account, he said: “Every word in support of Ukraine saves lives. Grateful to Your Holiness for praying for peace in Donbas. This is a goal that we can achieve through joint efforts only. Our power is in unity: spiritual, ideological, diplomatic.”

Shevchuk said that the Ukrainian government was doing what it could to avoid confrontation with Russia and to maintain the truce declared last year.

“But I must say that the war in the east of our country, which began in 2014, has never stopped,” the archbishop noted. “Every day our soldiers die, defending our country from Russian aggression. Now again we see long columns of Russian military vehicles heading towards the Ukrainian borders.”

He said that Ukrainians know their country is at the center of a more global conflict between the United States and Russia, but “Ukraine wants to restore just peace, our people want to be safe in their homes, and they have no interest in provoking a confrontation with the Russian Federation.”

“Above all, in this period of national fear, our Church wants to be close to her people, sharing the pain and concern of her people,” Shevchuk said.

He said that Catholics and other Christians in Ukraine had been praying and appealing for peace “incessantly” since the start of the war.

“The Ukrainian Greek Catholic Church has always been the Church of the people, in different periods of history we have taken on the pain of the Ukrainian people,” he said. “Today the Lord asks us to do the same.”

The archbishop explained that people living in the occupied area in eastern Ukraine were in urgent need of humanitarian aid, but access was increasingly hindered.

A lack of adequate medical care in the area has been worsened by the coronavirus pandemic, and Shevchuk said there were people taking advantage of the scarcity of medicines by raising prices by 200%.

“For this reason, at different levels, there are always those who are interested in the war continuing,” he commented.

Besides the threat of military clashes, he also said that children had died from accidental exposure to explosive devices.

“Ukrainian people are tired of the war caused by Russia, we want peace and we can no longer remain silent in the face of the people’s suffering and the Ukrainian mothers’ tears for the death of their children,” he said.