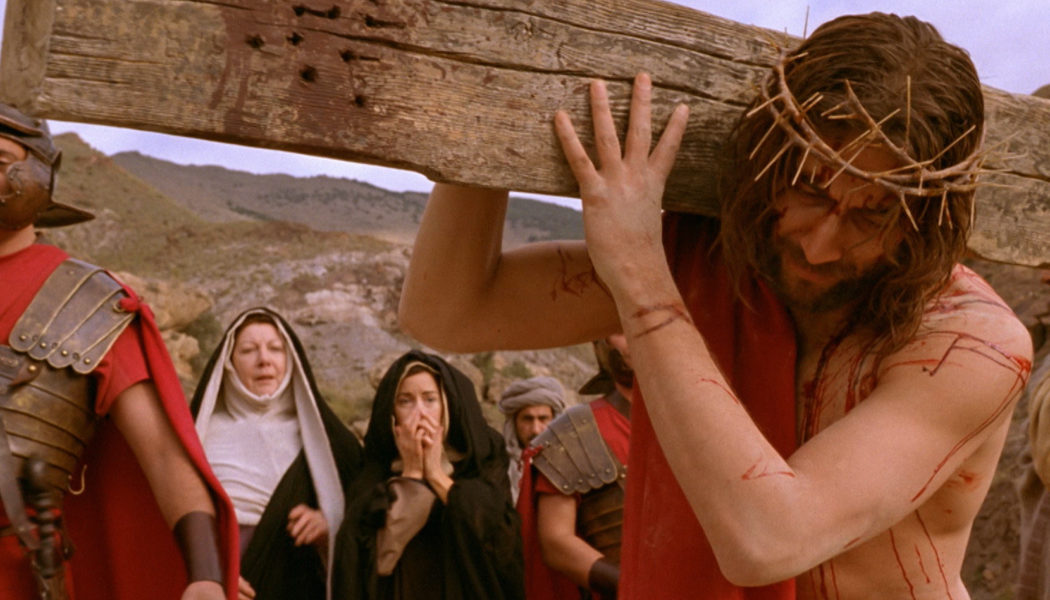 Then Pilate took Jesus and had him whipped.The soldiers made a crown out of thorny branches and put it on his head; then they put a purple robe on him and came to him and said, “Long live the King of the Jews!” And they went up and slapped him. Pilate went out once more and said to the crowd, “Look, I will bring him out here to you to let you see that I cannot find any reason to condemn him.” So Jesus came out, wearing the crown of thorns and the purple robe. Pilate said to them, “Look! Here is the man!” When the chief priests and the temple guards saw him, they shouted, “Crucify him! Crucify him!” Pilate said to them, “You take him, then, and crucify him. I find no reason to condemn him.” The crowd answered back, “We have a law that says he ought to die, because he claimed to be the Son of God.” When Pilate heard this, he was even more afraid. He went back into the palace and asked Jesus, “Where do you come from?” But Jesus did not answer. Pilate said to him, “You will not speak to me? Remember, I have the authority to set you free and also to have you crucified.” Jesus answered, “You have authority over me only because it was given to you by God. So the man who handed me over to you is guilty of a worse sin.” When Pilate heard this, he tried to find a way to set Jesus free. But the crowd shouted back, “If you set him free, that means that you are not the Emperor’s friend! Anyone who claims to be a king is a rebel against the Emperor!” When Pilate heard these words, he took Jesus outside and sat down on the judge’s seat in the place called “The Stone Pavement”. (In Hebrew the name is “Gabbatha”.) It was then almost noon of the day before the Passover. Pilate said to the people, “Here is your king!” They shouted back, “Kill him! Kill him! Crucify him!” Pilate asked them, “Do you want me to crucify your king?” The chief priests answered, “The only king we have is the Emperor!” Then Pilate handed Jesus over to them to be crucified.