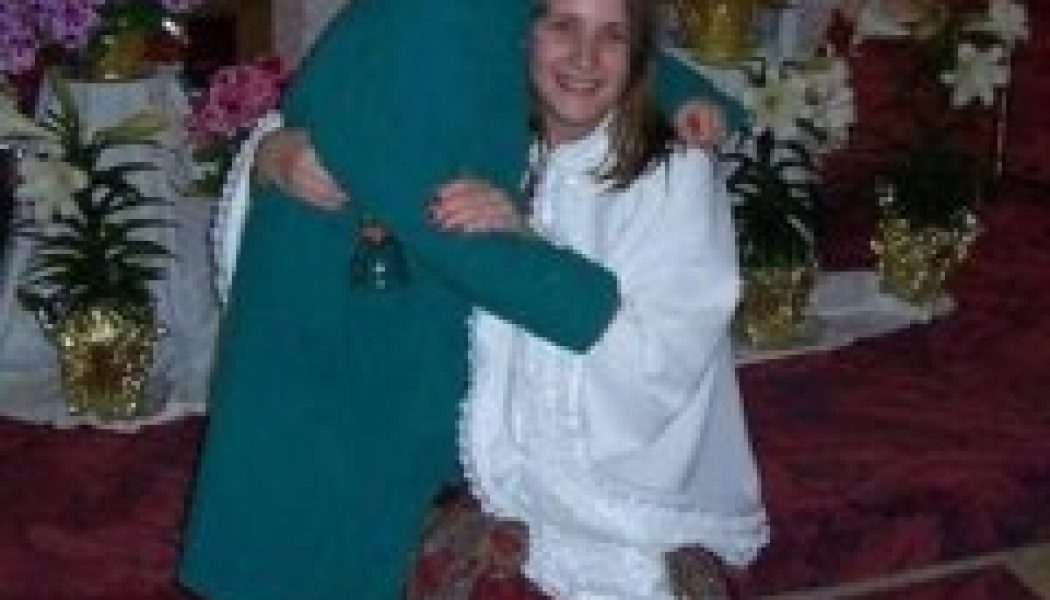 How does a 15-year-old unbaptized Canadian girl, a practicing Wiccan with SSA, come to find a relationship with Jesus in his Catholic Church? For Elena Feick, her journey began when she sought to join a coven.

Elena used to meditate by herself, worshiping the five elements and a pagan goddess, but she longed for more community. The coven, before they would admit her, asked that she research another religion besides Wicca first. Elena chose to read Christianity’s Gospels thinking she would be able to easily dismiss them. However, to her surprise, “I just… believed them. I didn’t want to. But when I got to Luke 11:9 (“And I tell you, ask and you will receive; seek and you will find; knock and the door will be opened to you”), I realised I did believe. But I didn’t like how the Christian God wasn’t willing to share me with other ‘gods’ so I resisted for a long time.” She still wanted to practice Wicca and worship a goddess yet she couldn’t say she didn’t believe in Christianity. So, instead of joining a coven, she joined the Unitarian Universalists (a creedless religious movement founded in 1961).

Elena’s journey to God was then helped by another unlikely source: “Sex and the City.” That was her favorite TV show as a teenager and her favorite character on it was Charlotte (played by Kristin Davis). In one episode, Charlotte converted to a new religion in hopes that her Jewish boyfriend would marry her. Elena was very disappointed in Charlotte, convinced that she had the ordering of things all wrong. “One’s relationship with God should come before even romantic relationships,” she thought. That’s when Elena decided not to date anyone seriously until she figured out for sure what she believed. She went on to explore lots of religions. Eventually, against her will, she ended up at a Catholic Mass.

The Mass was held at her new Catholic school and she was very afraid to attend. She thought the priest might supernaturally read her soul and denounce her as a witch. But when he gave her a blessing at Communion time something happened. In a way she couldn’t explain or put a finger on, she felt different and overwhelmed. “I can still sometimes feel his thumb tracing a cross on my forehead. It was the first time I really experienced the feeling of the love of God.” A few weeks later she decided to ask the priest about the experience and that was her inroad to the Church. A year later, she joined the local RCIA program to become Catholic. “It took quite a few conversations before I would agree to stop practicing Wicca though! But I did, just before I started RCIA.”

Elena beside a reliquary of St. Therese of Lisieux in Scotland in the fall of 2019

When her RCIA teachers instructed the class about the Real Presence of Jesus in the Holy Eucharist, Elena was skeptical. “Ok, so they’re crazy,” she thought. But at the encouragement of the now-trusted priest who had blessed her (Fr. Terence Runstedler of Ontario) she began going to the perpetual adoration chapel every day and recognized its graces. “[I] realised that things I had prayed over at home that made no sense made perfect sense if I prayed over them in the chapel. …Every time I went to Adoration, Jesus spoke to me in some way. Every time. I couldn’t ignore it. … The Eucharist is the reason I didn’t completely ignore Church teaching on SSA [same-sex attraction] and find myself a girlfriend.”

Elena had been in denial about her attractions growing up. After discovering Catholicism, she prayed for these feelings to go away but they wouldn’t. She decided that maybe the Church was wrong and started going to LGBT support groups. Her mind changed back again at her grandmother’s funeral. It was a non-Catholic service and everyone was invited to come forward and receive their communion, “but I just knew so powerfully that I couldn’t because it wasn’t *Him*. It was lacking the Real Presence. Which meant I still believed in the Eucharist. Which meant the Church has to be right. So I changed my whole life again even though I didn’t understand the teachings on chastity.”

In 2007, at the age of 19, Elena was baptized, confirmed, and received her First Communion at the Easter Vigil. “Right up to the night, I was still partially afraid that God would strike me down when the baptismal waters touched me. I wanted so much to belong to Him but half thought that maybe He didn’t want me… I thought if He wanted me in the Church, why didn’t He have me born in a Catholic family? But then I received Him for the first time and I just *knew*. I could hear Him (not like a voice but like thoughts that you know come from Him) saying that I always belonged to Him and always would.” Elena notes that some people have deeply intellectual reasons for converting, but her reasons were more relational. “[The Lord] just kept inviting me and pulling me along and putting things in my path I couldn’t ignore. He kept introducing me to Himself, over and over, until I finally recognised it was Him I was longing for.”

Elena at The March for Life UK in London, May 2019

Today, Elena is 32 years old, lives in Scotland, and prior to the pandemic she worked as a personal support healthcare worker. (I myself made her acquaintance and learned her story this year through the social media website Twitter.) In her spare time, Elena enjoys writing songs and making rosaries and is a member of both Courage International and Eden Invitation, two groups which support those with same-sex attractions in living chaste and saintly lives. Through Catholic Faith and community, she says, “I started to learn my identity as belonging to Christ and as a daughter to the Father.” Elena hopes to help other LGBT-identifying persons to also discover a deeper self-identity in God. Even in the discouraging modern culture we live in, Elena’s story encourages us that Jesus Christ is still powerfully, lovingly, calling and leading people into his friendship and community.

This entry was posted on June 17, 2020 at 2:52 pm and is filed under Catholic Church, Christian Perfection, Culture, Jesus Christ, Reflection, Saintly People. You can follow any responses to this entry through the RSS 2.0 feed. You can leave a response, or trackback from your own site.