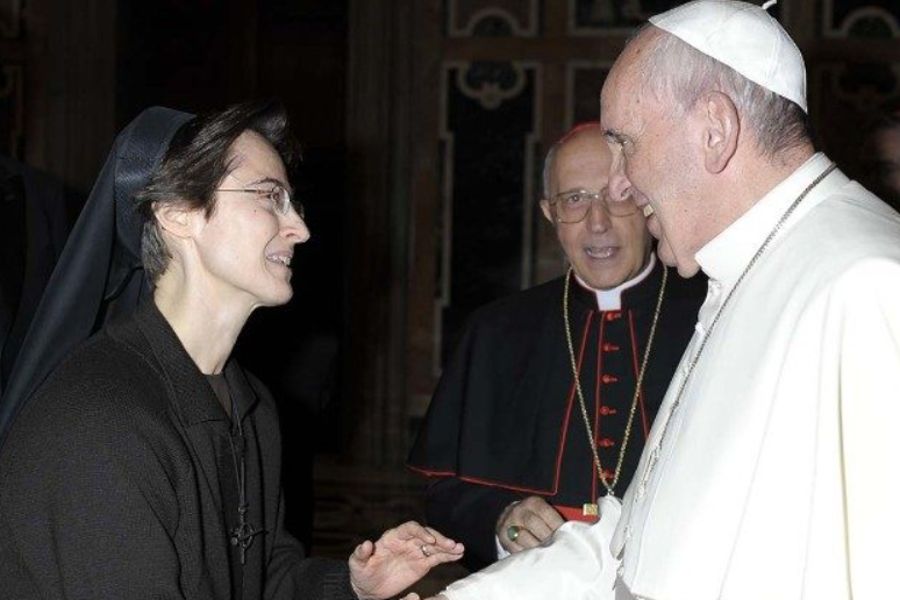 Maria Lia Zervino, a member of the Association of Consecrated Virgins “Servidoras,” is president of the World Union of Catholic Women’s Organizations. She is also a consultant to the Pontifical Council for Interreligious Dialogue.

Benedictine Abbot Donato Ogliari, recently named abbot of Saint Paul Outside the Walls after eight years leading the abbey of Montecassino, was also appointed to the Dicastery for Bishops.

The members of the dicastery assist in choosing bishops for the dioceses. They analyze position papers, called ponenze, providing an opinion on candidates.

The ultimate decision in appointing bishops rests with the pope, and he is free to select anyone he chooses. Usually, the pope’s representative in a country, the apostolic nuncio, passes on recommendations and documentation to the Vatican. The Dicastery of Bishops then discusses the appointment in a further process and takes a vote. On being presented with the recommendations, the pope makes the final decision.

The Congregation of Bishops, a department of the Roman Curia, recently changed its name to the Dicastery for Bishops, in line with the new constitution that underpins the reform of the Vatican by Pope Francis.