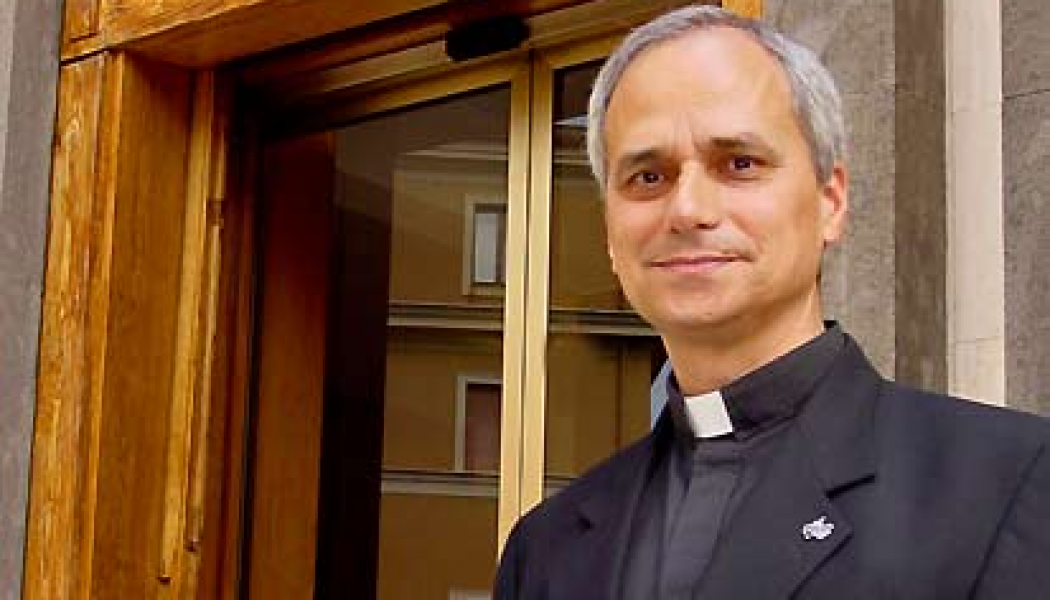 In recent weeks, rumors in the Church have circulated to suggest that Chicago’s Cardinal Blase Cupich may soon be appointed to head a Vatican office in Rome. The rumors tend to include speculation about who might replace the archbishop in Chicago. While several American bishops are usually mentioned, one front-runner has been entirely overlooked.

The ecclesiastical rumor mill is always churning; it would be a mistake to regard speculation about a Rome appointment for Cupich as a sure sign he will soon be transferred. Every few years, it seems, rumors intensify for a few weeks about some all-but-guaranteed looming transfer for a high-ranking American Churchman — more often than not the rumors eventually deflate.

But there are some signs that Cupich could indeed be asked to pack for Rome: several Vatican dicasteries are expected to be vacant soon, the cardinal has a doctoral degree and experience working for the Secretariat of State; even those who are critical of Cupich’s theological perspective and personal style generally concede he is regarded as a competent and organized administrator. Moreover, Cupich has in recent weeks met with both Pope Francis and with staff members of at least one Roman dicastery. It is not impossible to imagine he might be appointed to lead a Vatican office sometime this spring.

These Vatican offices might soon have new leaders. Here’s what they do

Catholics who discuss the possibility of Cupich’s appointment to Rome have sometimes speculated that Bishop Robert McElroy of San Diego could be appointed the next Archbishop of Chicago. McElroy and Cupich are known to share theological and operational perspectives, to support one another’s initiatives at the bishops’ conference, and to have both enjoyed the favor of the pontiff. Cupich was appointed to lead the Archdiocese of Chicago by Pope Francis personally, and McElroy was appointed to attend the 2019 Synod of Bishops on the Amazon, even though he had never worked in the region. It is conceivable that Cupich would support a McElroy appointment to the Chicago archdiocese.

On the other hand, McElroy has been at the center, seemingly by choice, of ongoing debate in the bishops’ conference about Holy Communion for pro-choice politicians, and is generally thought to be among the most theologically liberal of the U.S. bishops— his appointment would no doubt inflame division among U.S. bishops about President Joe Biden, at a time when Pope Francis has been admonishing the bishops to unity.

And the bishop has been rumored for other big positions without getting them, most notably appointment as Archbishop of Washington.

The bishop faced controversy in 2018, after it was revealed that he was informed by psychotherapist Richard Sipe in 2016 of allegations that Theodore McCarrick was engaged in sexually immoral behavior with seminarians. While McElroy said then that he did not find Sipe to be credible, the controversy surrounding the report would likely resurface if he were appointed to succeed Cupich.

In August 2018, Church watcher Rocco Palmo tweeted that the revelation of Sipe’s report had “effectively imploded” the possibility that McElroy would be appointed to Washington— if that were true for Washington in 2018, it would likely still be true for Chicago in 2021.

Also discussed as a possibility for appointment to Chicago is Archbishop Charles Thompson of Indianapolis. Thompson is young – not even 60, and the youngest archbishop in the U.S. – a canon lawyer, a competent administrator, and generally thought to be theologically moderate. He has mostly made headlines because of an escalated conflict with a Catholic school over a teacher in a same-sex marriage, which has prompted some to paint him as an especially conservative figure. But in fact, Cardinal Cupich is currently contesting a similar case in court, defending a Chicago pastor’s decision to fire a church organist who entered a same-sex union and refused to resign — no Church watcher has suggested Cupich is especially conservative, or a “culture warrior,” as a result.

Still, while Thompson is a possibility, there is no obvious factor to especially commend the possibility of his appointment. Also mentioned as plausible candidates are Archbishop Paul Ettiene of Seattle and Archbishop Greg Hartmeyer of Atlanta.

But rarely mentioned in the conversation, if ever, is an American bishop from Chicago whom most Americans have never heard of: Bishop Robert Prevost, a member of the Augustinian order, and bishop of the Peruvian Diocese of Chiclayo.

Prevost is a Chicago native, 65, a canon lawyer, with experience as a missionary, a diocesan administrator, and as head of the global Augustinian order. He is also a fluent speaker of Spanish. He seems, in short, to fit the mold of bishops most preferred by Pope Francis: experience in a religious institute, experience in missionary fields, some administrative experience, and, for the U.S., capacity to engage directly with the growing Hispanic Catholic population which is often identified as the future of the U.S. Church.

Francis has already shown his favor with Prevost: He appointed the bishop to both the Congregation for Clergy and the Congregation for Bishops — an unusually conspicuous pair of nods for a diocesan bishop who is not even a metropolitan, much less a cardinal. Prevost and Cupich know each other, and it is not unrealistic to imagine the cardinal might support such an appointment, if he is indeed going to Rome.

Prevost himself has been rumored to be among candidates to lead a dicastery in Rome, but officials in numerous dicasteries tell The Pillar they believe that a far less likely possibility than the eventual return of Prevost to the U.S.– a return Pope Francis is suggested to have a keen interest in.

Prevost would also continue Francis’ preference for picking unexpected candidates for major jobs, and favoring those without existing ties to what will become their peer group.

Finally, it would be a mistake to make too much of this, if anything at all, but it is fun to note: Prevost is followed on Twitter by only two accounts affiliated with diocesan offices in the United States. Both are from the Archdiocese of Chicago. For whatever that’s worth.