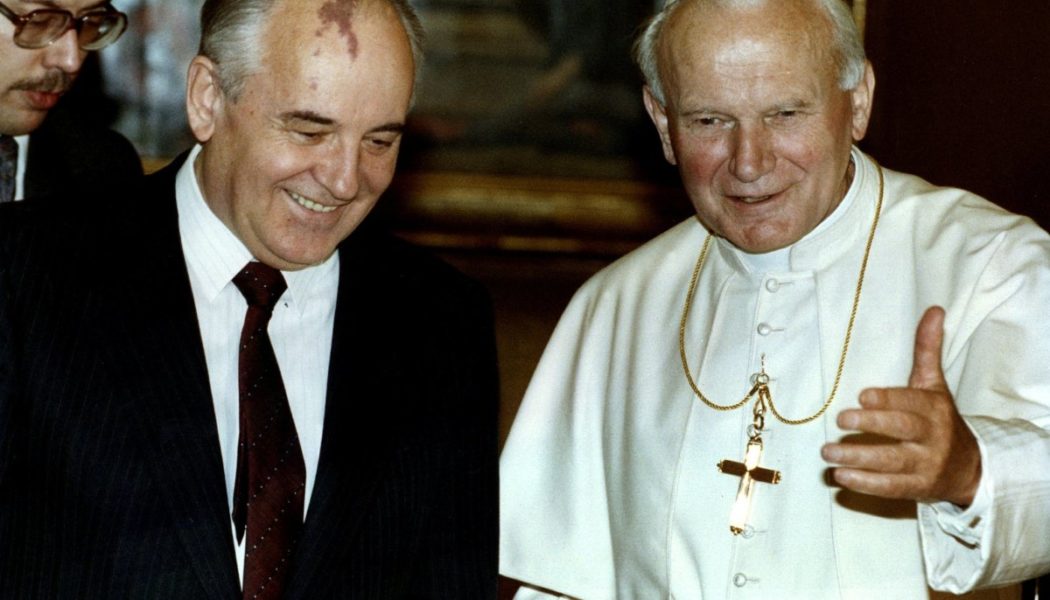 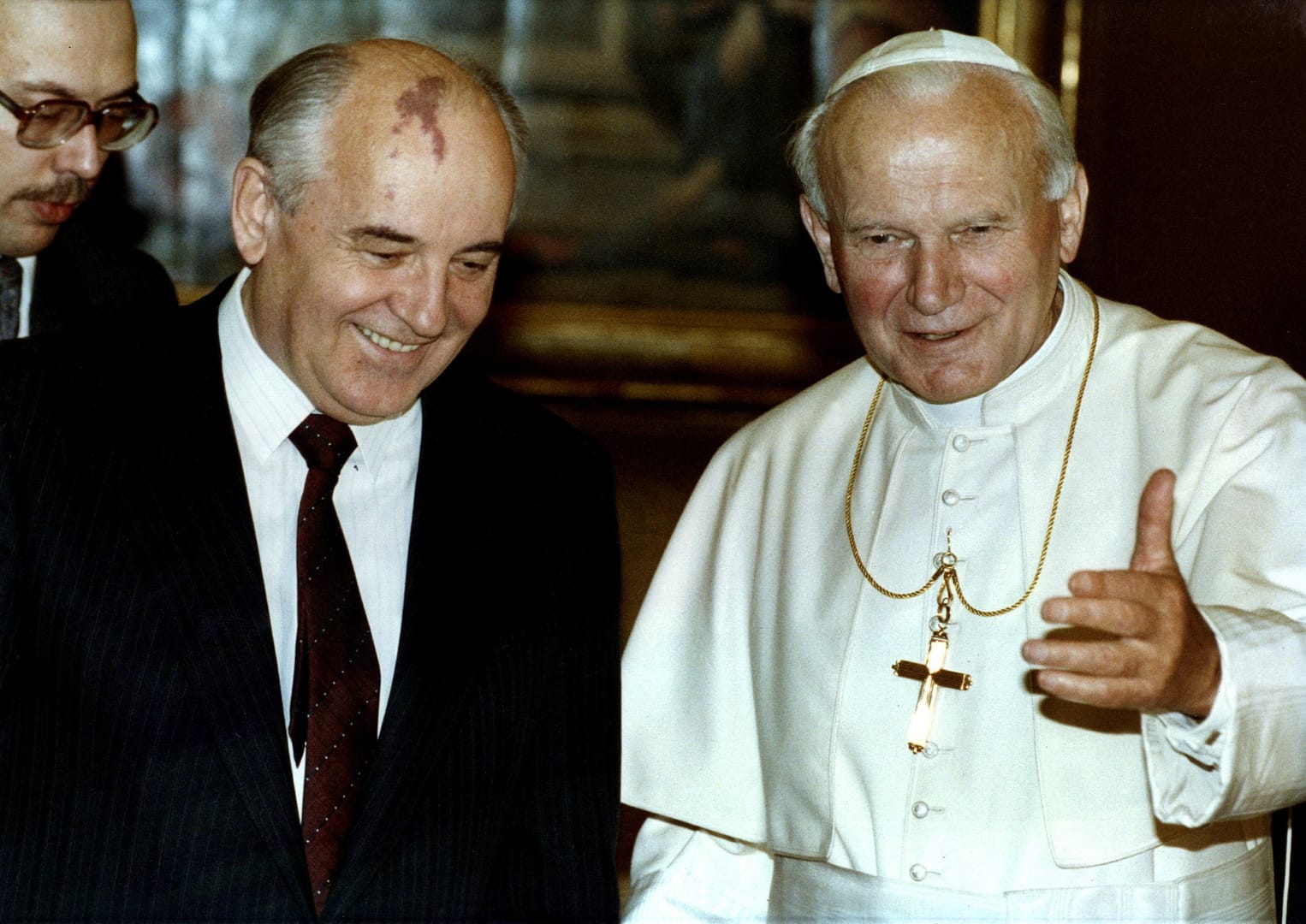 ROME – This week’s death of former Soviet Premier Mikhail Gorbachev at the age of 91 has triggered an avalanche of commentary and tribute around the world, mostly focusing on Gorbachev’s role in the peaceful dissolution of the Soviet system for which he received the Nobel Peace Prize in 1990.

A sidebar to the story that probably deserves more prominence than it’s received, however, is that the Mikhail Gorbachev the world is now lauding, meaning the reformer and change agent, arguably never would have come to be without the moral and political pressures on the Soviet system created by Pope John Paul II.

Let’s recall the tick-tock in the Gorbachev story.

Born in 1931, for most of his career Gorbachev followed the path of the typical Soviet apparatchik. He became a member of the Community Party’s Central Committee in 1978, the same year the Archbishop of Krakow was elected to the papacy, and a few months later Gorbachev became a member of the Politburo – the same time, as it turns out, the new pontiff was making his historic first visit to Poland, showing the world a people collectively asserting an alternative vision of life to official Soviet ideology.

The following August, in 1980, the Solidarity movement was founded in Poland by Lech Wałęsa with the ardent encouragement of John Paul II. As we now know, it would set the dominoes in motion that eventually brought down the entire Soviet house of cards.

In one of the most prescient comments ever made in public by a Vatican journalist, Time’s correspondent Wilton Wynn appeared on American TV the night of Oct. 16, 1978, when a son of Poland was elected to the papacy. Asked, “What are they thinking in Krakow tonight?”, Wynn’s answer, delivered in his inimitable Cajun drawl, quickly became the stuff of legend: “That’s not the question,” he said. “The question is, what are they thinking in Moscow tonight?”

As Gorbachev continued his steady march to the top during the early 1980s, it was becoming increasingly clear that things had to change. In part, that was the result of internal forces, such as the 1986 Chernobyl disaster, but it was also due to external pressures, especially the growing restlessness of Soviet satellite states becoming increasingly bold, in part, because of the example of Poland and its support from a determined Polish pope. It was during this time that Gorbachev launched his twin policies of glasnost and perestroika.

By December 1989, the Polish Round Table Talks had already happened in Poland in April, setting the stage for legislative elections over the summer that ushered in the first non-Communist government in the Soviet sphere, and it was clear to everyone that before long Wałęsa would become president.

It was in that context that Gorbachev made his historic visit to the Vatican on Dec. 1, 1989, to meet John Paul II. It came on the heels of a massive celebration in Russia the year before to mark the 1,000th anniversary of the baptism of Rus in Kiev, traditionally regarded as the birth of the Russian Orthodox Church, in which a Vatican delegation had been invited to participate.

The John Paul/Gorbachev summit effectively marked the end of the USSR’s policy of religious persecution. Just a month later, a papal envoy was named for Moscow, and two months later Gorbachev reciprocated by naming an ambassador the Vatican.

That’s not to say there weren’t flashes of the old Soviet defiance. For example, despite the custom, which still held sway back then, that women to be received by the pope were supposed to wear black, including a black veil covering the head, Raisa Gorbachev arrived in 1989 in a bright red dress, raising plenty of eyebrows.

Nonetheless, it was the first ever meeting between a pope and a Soviet premier, and virtually the first direct contact of any kind with Soviet leadership since Pope John XXIII had received the daughter and son-in-law of Premier Nikita Khrushchev in 1963. Of course, it was also the last such encounter, since the formal end of the Soviet system came two years later on Dec. 26, 1991, as its constituent states gained independence.

After the meeting, according to Vatican spokesman Joaquin Navarro-Valls, John Paul said he had been impressed with Gorbachev.

“He’s a man of principle,” Navarro-Valls said John Paul told him the next day, prompting the spokesman to ask what the pope meant by that.

“It’s a person who believes enough in their values to be willing to accept all the consequences that derive from them, even if they may be unpleasant or don’t seem useful,” Navarro recalled John Paul replying.

Naturally, it’s a counter-factual exercise to speculate about the course of Gorbachev’s life and career had their never been a John Paul II. What the available evidence suggests, however, is that Gorbachev was also a pragmatist whose choices were, at least in part, a product of any politician’s natural ability to see the handwriting on the wall.

And whose handwriting was it that Gorbachev and others saw in the 1980s and 1990s? As we know well, to a great extent it was the steady penmanship of Karol Wojtyla, Pope John Paul II, who carved onto the walls of history the call that inspired a generation: “Be not afraid!”