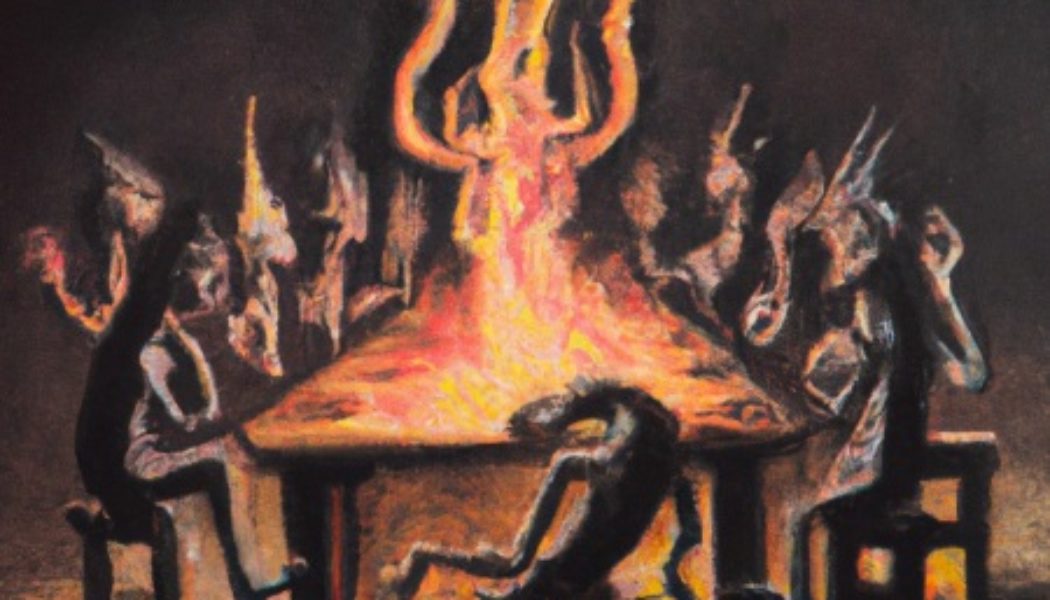 Once upon a time, an unknown number of years ago, there was an important meeting of demons. Amidst hell’s fires and shadows, with putrid smoke hanging in the air, the demonic hierarchy plotted their next strategy for how to mislead humanity. Since the rebel angels cannot hurt God directly, they tempt and attack those he loves, hoping to corrupt and dominate us. When the Lord Jesus comes again to rule the earth with justice, the demons do not want us to experience his healing rays; they want us to burn and suffer like themselves.

As the demons met and brainstormed schemes, one of them suggested, “What if we try deceiving them that there’s no such thing as evil?” The chairman, after pouring out a stream of insults, said, “The humans will never believe that! Do you think that we can pit person against person, nation against nation, souls against our Enemy above, without them noticing the sadness, sufferings, envies, jealousies, impurities, rivalries, hatreds, resentments, injustices, murders, and cruelties which follow? Humans see proof of evil in nearly every headline! They are reminded something is wrong with their world whenever their alarm clocks ring, their toes get stubbed, or their weather is less than perfect! You’ll have to do better than that!”

Then another demon dared to suggest, “What if we deceive them that there is no such thing as goodness?” The chairman spewed abuse at that one and said, “The humans will never believe that either! Our Enemy above has littered their world with too many beauties and blessings to count! They have this inherent desire for happiness that our Enemy has built into them! Everything they do is in pursuit of something they perceive as somehow good! Is anyone here not a useless fool?”

Finally, one of the chairman’s most cunning underlings proposed another strategy, an idea which was immediately welcomed with cruel smiles by the malevolent assembly. This dangerous demon said, “Let us deceive the humans that there is no need to hurry.”

In every generation, there has been Christians who believed that their generation would be the last. In his Second Letter to the Thessalonians, St. Paul admonishes some idlers, freeloaders, and busybodies living there who have quit their labors because they assumed the Lord was returning very soon. Personally, I do not expect the second coming of Christ to happen in the very near future since it remains legal to be a Christian throughout so many regions of the world. There are grave evils on this earth, including in our country, but the final attack of hell against Christ’s Church in the final days should be far worse than this. Yet whether or not Christ’s return is imminent, we must always ready to go to him. We do not know when he will return, nor do we know when any of us will die. But the certainty of our coming encounter with Christ should not make us afraid but motivate us to prepare.

Rather than being idlers and busybodies, neglecting our spiritual growth and enthralled by our distractions, let us get busy treating the most important things as the most important things. If you knew with certainty that you would die three months from today, how would you begin living differently? Would you pray more every day? Would you go to confession and Mass more often? Would you crush your lingering vices? Would you work harder to do good works? Would you forgive your enemies? Would you show more love toward God and the people around you? Thinking seriously about what you should you do differently knowing you are going to die is a good place to start in living more intentionally for Christ, with your eternal goal in mind. Do not believe the demonic deception that there is no need to hurry, for your last day is closer than it was yesterday, and it may be much closer than you think.

This entry was posted on November 13, 2022 at 12:09 am and is filed under Christian Perfection, Homily, Repentance, Satan, Spiritual Warfare, Sunday Homilies. You can follow any responses to this entry through the RSS 2.0 feed. You can leave a response, or trackback from your own site.