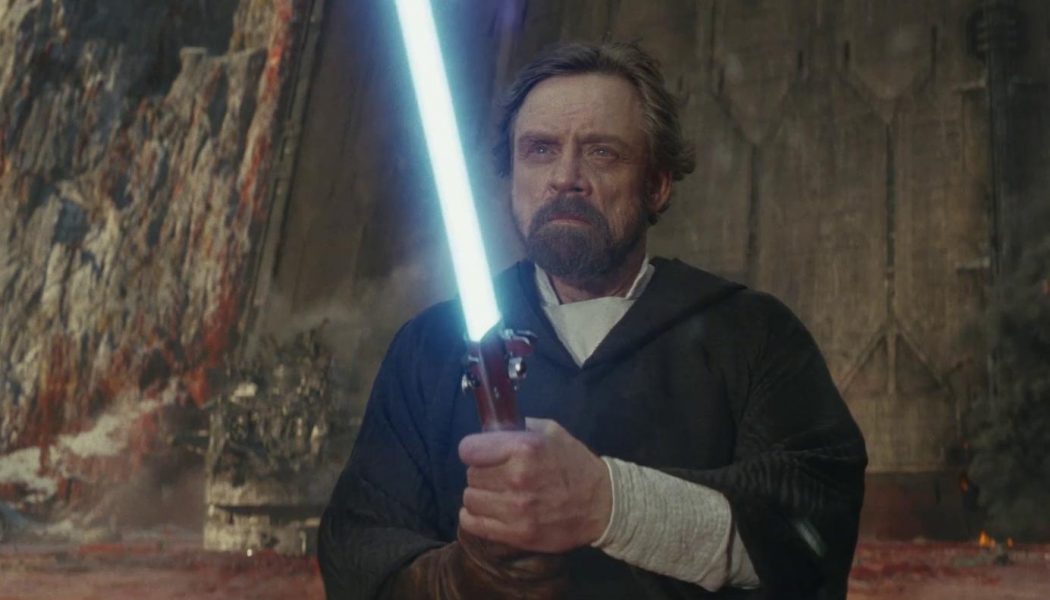 One of the riveting themes within the Star Wars saga is the existence of monasticism.

The Jedi Knights are also monks. Connecting with the warrior monks of Eastern religions, they also connect with the religious orders of knights in medieval Christendom.

The Jedi clearly  remind of the spiritual truths of the New Testament where St Paul says “We wrestle not against flesh and blood, but against spiritual wickedness in high places.” Throughout the Star Wars saga it is made clear that beneath all the swordplay and swooping starships a spiritual struggle is taking place. The “dark side” and the “light side” of the force are in conflict.

The chemistry of movies means that as the heroes are swept up into the spiritual battle we participate with them. We come out of the film showing realizing at the depth of our imagination that there is such a thing as good and evil and that a battle is taking place between them and that we must decide on which side we will fight.

This was brought home to me when I was training as a scriptwriter. We had left the Anglican church and it wasn’t automatic that I would be ordained as a Catholic priest. As it was, the Lord had me waiting on that one for ten years, but that’s another story…I had a wife and family to support so I trained to write TV and movie scripts–reckoning that this is the main way we tell stories in our culture. My teacher was a Catholic who understood how the deeper themes echo through good stories and he told how he went to see the first Star Wars film when it came out.

This was in a big cinema in London’s West End which seated a couple of thousand people. Bart explained how, at the climax of the film Luke Skywalker has to fly his fighter down the canal of the death star and drop a bomb down the ventilation shaft. He has three tries and has missed the target on the first two. Then as he goes in for the third and final try and everything depends on it he hears a voice…”Use the Force Luke.” It is Obi Wan his mentor. Luke struggles, but finally pushes away his technology and uses the force to sense what he should do. He pushes the button, drops the bomb and the death star blows up.

At that point Bart said two thousand people stood up and cheered. They didn’t cheer because the death star exploded. They cheered because Luke used the Force, and Bart said, “At that point two thousand people said, “I believe in good and evil. I believe the good can win if I use my spiritual side and furthermore, I want to be on the side of the good and use that force to overcome evil.”

Such is the power of storytelling and film.

Now, I realize, from a Christian point of view that the theology of Star Wars is dodgy. It is dualistic and pantheistic. “The Force” is an impersonal power in the universe which can be positive or negative. The monks are for the good. The monsters for the bad.

As such, the theology is defective not in being totally wrong, but in being a subordinate or lesser theology. Like all heresy, it is not totally untrue. It is half true. It is a primitive and basic theological understanding rather than one which is more highly developed as in the fully incarnational theology of Christianity.

Nevertheless, the monsters and monks of Star Wars are a reminder to all of us that there is a battle between good and evil and that each one of us are participants in the conflict.

It is very interesting to me that Luke Skywalker’s Jedi hermitage is situated on Skellig Michael–the ancient Irish monastery. Celtic monasticism was deeply linked with the earth mysteries and the ebb and flow of the sea, the wind, the sky and the stars.

What also interests me is the way popular culture often reflects the trends and surges in society. Will the present subjective, relativistic anarchy in our society produce a new wave of monasticism? After decades of materialism will we at last start to look within? After decades of bloated decadence and self indulgence will there will be a groundswell towards self discipline, devotion and asceticism? After decades of atheism and denial of God will we at last begin to search for him again? After decades of religious legalism, codification and theological argumentation will we begin again to look more deeply into spirituality and turn once again to a civilization rooted in prayer and the search for God?