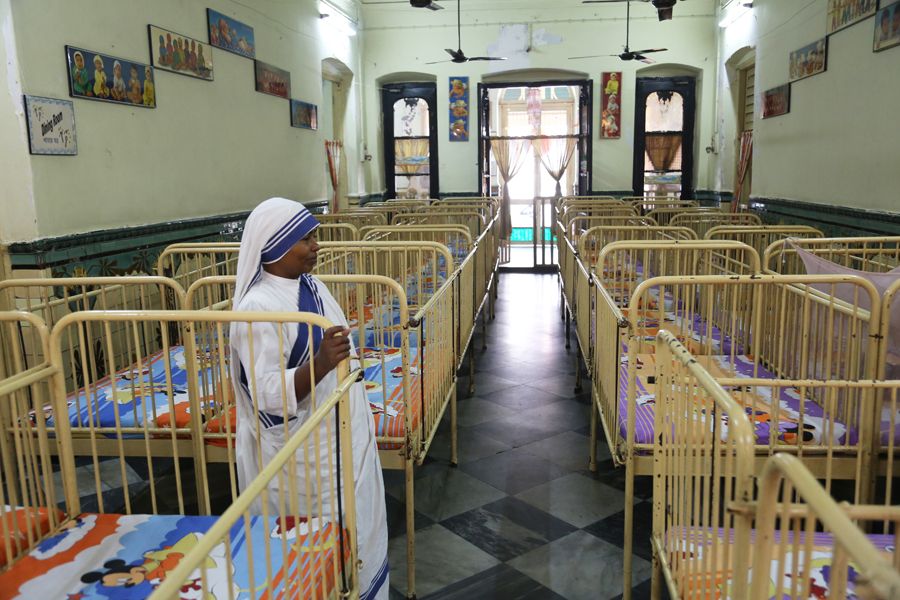 It was “unbelievable” that the Indian government would “ban foreign donations to an organization founded by Nobel Peace Prize recipient Mother Teresa,” Brownback said on Twitter Dec. 27. “This misguided action only hurts the people of India. Charities should be allowed to help people in need.”

Bishop M. Jagjivan, moderator of the National Christian Council, told the Wall Street Journal that there has been increasing harassment of Christians. Foreign funding for Christian groups and institutions no longer has routine approval.

“They are thinking that opposing Christianity is patriotism. This is not a healthy atmosphere,” said Jagjivan, whose organization is an umbrella group for various Christians. Its mission includes the fostering of inter-religious harmony.

India’s national government and many state governments are headed by members of the Bharatiya Janata Party, which promotes a nationalist vision of Hinduism.

Eight Indian states have passed purported anti-conversion laws. Some critics of Christianity and other minority religions in India make allegations of forced conversion or proselytism, inducing conversion through fear, bribery, or the superstitious use of healing prayers.

Christian critics tend to question whether this alleged misconduct takes place on a scale that would require a law. They also worry that the claims are used to portray all Christians in a bad light.

Police in Gujarat, a western state of India, are investigating a complaint that girls at a Missionaries of Charity-run shelter home were forced to read the Bible and wear a cross.

Kumar, the spokeswoman for the Missionaries of Charity in Calcutta, rejected that allegation.

“I’ve worked here for 45 years, and nothing like that has ever happened,” she told the New York Times.

Vigilante extremist Hindu groups engaged in protests, church disruptions, harassment and vandalism around Christmas Day 2021. Some smashed statues of Jesus or burned effigies of Santa Claus or accused Christians of using Christmas gifts and festivities to induce or force Hindus to convert, The Guardian reports.

The Indian government has also increased its scrutiny of foreign funding for other non-profit organizations. In 2020 Amnesty International shut down its Indian operations after various government actions, including the freezing of its bank accounts. The government charged that Amnesty International avoided regulations about foreign entities that receive donations from outside the country.

Mamata Banerjee, West Bengal’s chief minister, expressed shock at the treatment of the Missionaries of Charity.

“While the law is paramount, humanitarian efforts must not be compromised,” said Banerjee, who worried that the move would affect some 22,000 patients and employees, the Times of India reports.

Shashi Tharoor, a Member of Parliament from Kerala state who is a member of the Indian National Congress opposition party, said the government’s action was “shocking.”

“When Mother Teresa wins a Nobel Prize, India rejoices. When her organization serves the poor and destitute, the government cuts off their funding,” Tharoor said, according to the New York Times.

In 2020, for the first time in more than a decade, the U.S. Commission on International Religious Freedom listed India as a “country of particular concern” for religious freedom.