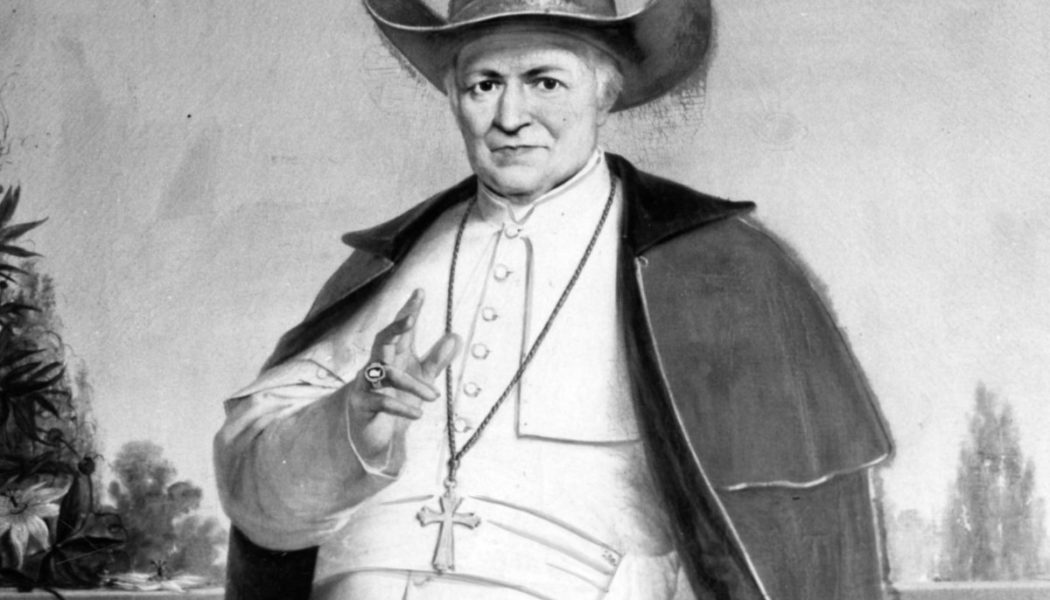 ROME – Today marks the 173rd anniversary of a milestone moment in the modern history of the Catholic Church, one with reverberations that continue to be felt to this day. As it happens, it’s also an anniversary that calls to mind perhaps the greatest road not taken in the entire history of the papacy.

It was on July 3, 1849, that French troops breached Rome to end the brief-lived Roman Republic under Italian patriot Giuseppe Mazzini, thereby restoring Pope Pius IX’s temporal rule of the Papal States. The republic, which amounted to a revolution against the pope’s temporal power – what angry Romans called “government by the priests” – had lasted a scant nine months.

Though Pio Nono, as the Italians call him, was back on his throne, it was only due to the presence of foreign forces. Once the French left amid the Franco-Prussian War in 1870, the armies of a newly unified Italy poured in and the Papal States were finished for good.

The brief harbinger of things to come which was the Roman Republic, as it turns out, wasn’t kind to either of its protagonists.

Pius IX spent 18 months in exile before returning to the Eternal City, and he came back a changed man. Gone was the early reformer who emancipated Jews from their ghetto and appointed laity to key government roles; embittered by betrayal from his own subjects, Pius IX became an increasingly implacable foe of freedom, democracy and modernity. He ended up deeply controversial, so much so that after he died, a mob tried to break through police lines to toss his casket into the Tiber River.

Mazzini, meanwhile, was forced to flee Rome, too. He escaped under a false passport issued by the American chargé d’affaires at the time, Lewis Cass, under the name of “George Moore,” and eventually returned to life in poverty as an exile in London. He wouldn’t set foot in Italy again until 1868, and he died in relative obscurity in Pisa in 1872.

Only later would Mazzini come to be seen as a hero of the nation, perhaps the single most important figure in laying the intellectual and political basis for the unification of Italy. Today streets, squares and schools are named for Mazzini, while Pius IX has become more of an acquired taste, revered only in select ecclesiastical circles.

Here’s the bit about the road not taken.

Just one year before the revolution in Rome, Mazzini had reached out to Pius IX to propose a very different scenario.

On Sept. 8, 1847, Mazzini wrote to Pius IX from London, during the time when Pius had fired the imaginations of reformers and democrats. Mazzini’s proposal, in a nutshell, was that Pius himself unite Italy under papal leadership.

Unification is coming anyway, Mazzini argued, because it’s divine providence. It would be better, however, with the pontiff in charge, because “with you at its head, our struggle will take on a religious aspect and liberate us from the many risks of reaction and civil war.”

To friends, Mazzini confirmed that he was prepared to pledge loyalty to Pius IX as president-for-life of a united Italy.

To be honest, it was always a fairly fanciful notion, and Pius IX turned it down flat in a celebrated allocution of April 1848 titled Non Semel.

“We cannot but reject the devious advice, also manifested through newspapers and pamphlets, of those who would like the Roman Pontiff [to become] President of a certain new Republic to be done, all together, by the peoples of Italy,” Pius said.

“Out of our charity towards the peoples of Italy, we warmly urge and admonish them to beware of this cunning and pernicious advice … and to be faithful to their princes,” he said. “By doing otherwise they would not only fail in their duty, but would also run the risk that Italy would end up divided by discord and internal factions.”

Imagine for a moment, however, that Pius IX had said yes. How might history have turned out differently?

It’s impossible to say, but it’s conceivable that the violent loss of the Papal States might have been avoided. A newly unified Italy might have evolved into something like England, with a broadly revered constitutional monarchy in the papacy as a guarantor of national identity, but with temporal power largely in the hands of a democratic government.

Among other things, such a trajectory might have blunted the rise of fascism, not to mention sparing the Catholic Church a century of bitter struggle against the spread of freedom and church/state separation.

Of course, things might well have played out completely differently, too.

It’s equally conceivable that an Italian confederation with the pope as its head would have fallen apart due to internal instability, with everyone blaming the pope for the failure, and even the Vatican’s nominal sovereignty could have been lost.

Among other things, the memory of this road not taken is a reminder that popes sometimes are called upon to make fateful decisions, the full consequences of which are rarely clear in the moment.

Today, for example, Pope Francis is attempting to steer the Vatican’s response to the war in Ukraine, in part by refraining from an open break with Russia. Once again, it seems terribly opaque how history will judge the effort: Another chapter in the church’s failure to openly condemn a dictator, the emergence of a truly multipolar papacy in which Catholicism is no longer seen largely as a “Western” institution, or something else entirely?

When Pope John Paul II beatified Pius IX in September 2000, he quoted a line from his 19th century predecessor which seems relevant here.

“In human affairs we must be content to do the best we can and then abandon ourselves to providence, which will heal our human faults and shortcomings,” Pius IX said.

If nothing else, perhaps that thought can offer some comfort to Francis today, not to mention to popes yet to come, who will have to make equally fraught decisions in their own day.

In the meantime, the fascinating counter-factual possibility of an odd couple alliance between Pius IX and Giuseppe Mazzini, two great antagonists of 19th century church history, is enough to fuel countless hours of fun in a sort of “What might have been?” intellectual parlor game … so, let the games begin!

Expert hosting reviews and advice. Create self-updating “affiliate blogging & product review” websites in any niche. However, the concept of buying and renting has been made easier with the advent of the internet.