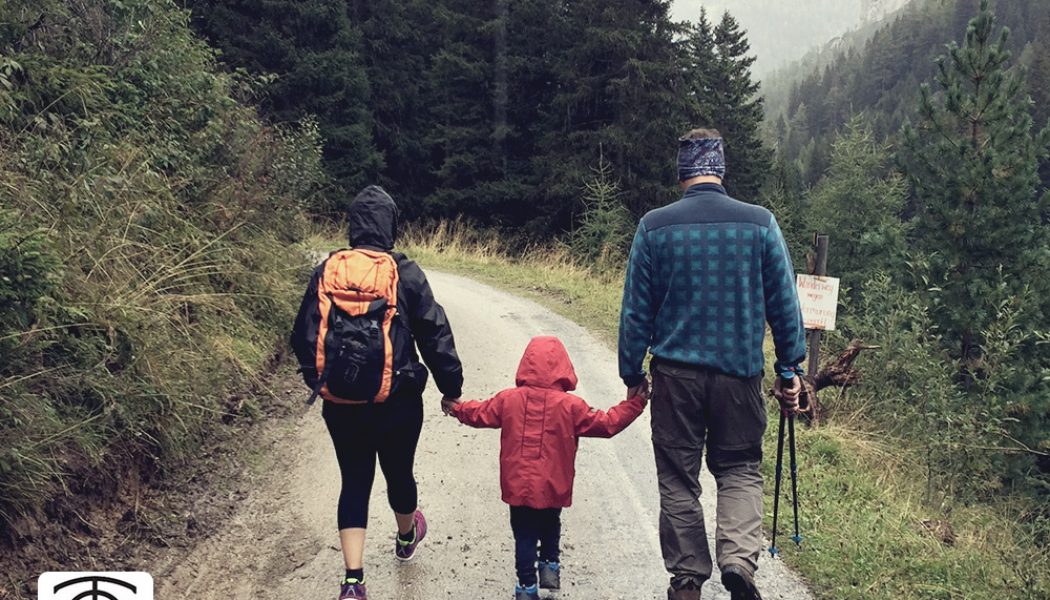 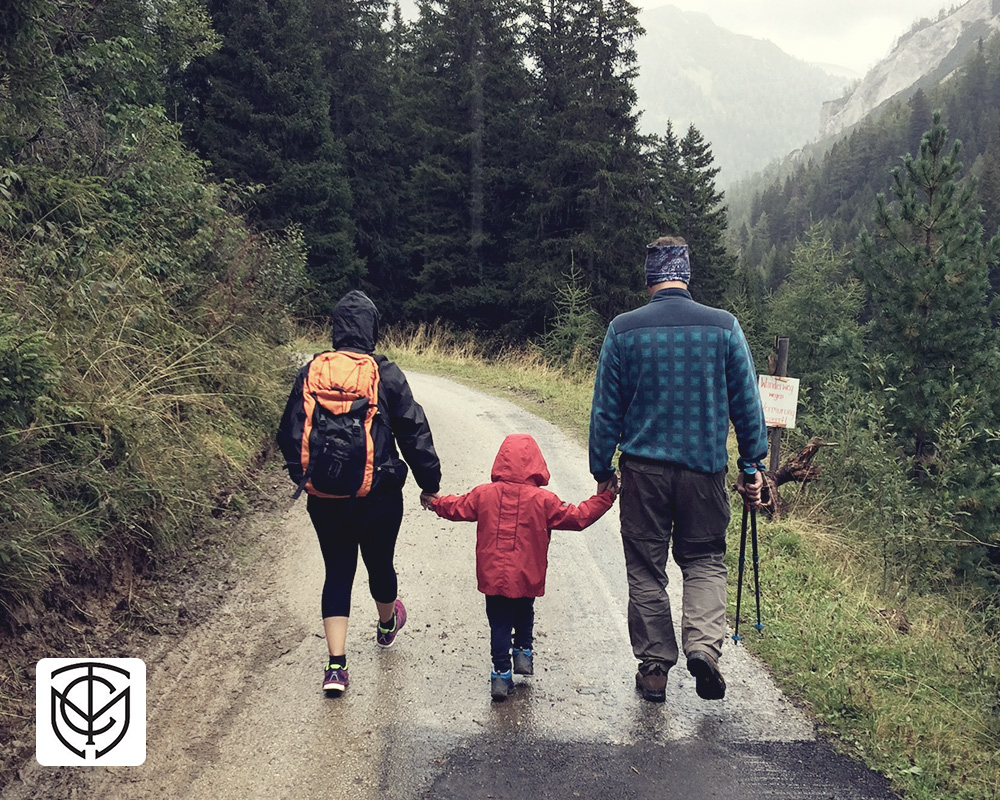 The opening chapter of The Grapes of Wrath, by John Steinbeck, begins during the dustbowl when dry weather, over-tilling, and high winds stirred dirt into the air so much that “[the] dawn came, but not the day,” the sun being unable to penetrate to the crops and people below. When it settled, the men come out first, then the women, and then the children. This is how Steinbeck describes the scene of the families looking to the father as the father looked in the face of fear:

In light of our seeming societal implosion and confusion, too many men are asking questions that are really sighs of despair – “What in the world do we do?” To borrow from another character from Steinbecks novel, the tender and hardened Tom Joads, some people as questions without wanting answers. Simply put, I think it is time for our “bemused perplexity” to become “hard and angry and resistant.” In times of chaos and danger, people look to authorities to see if they will “break,” giving in to the darkness and give up their instincts to bring order to disorder.

I would propose that in this time fathers may be the only widely respected authority left in society. This might seem counter-intuitive, given what appears to be great antagonism to all things paternal, “patriarchy” being the worst of slurs. Whatever. As the dustbowl and hurricanes and viruses teach us, nature will not be overcome by willpower and politics. And it is part of the nature of men that they are fathers, and it is the nature of fatherhood to wield authority – for better or worse.

We are in a staggering crisis of authority. No one knows who to trust, follow, and believe. Many forces in our society have worked against the father, but now they are crumbling all around us and resorting to the classic tactic of one with lost or illegitimate authority – tyranny and mob rule. The disorder will get louder (the more against truth something is the more shrill and violent it must become), but it is time for fathers to drop the “bemused perplexity” and become resistant and use their authority well.

The Time of Fathers

Fatherly leadership is a responsibility in our present moment, as it is for all time, but also an opportunity. We are created to submit and be led by good and loving authorities. That begins in the family and extends outward to other legitimate authorities – some held by experience and others held by office. Now, however, many authorities are undermining themselves by contradiction, over-extension, and sheer incompetence. Now is time for fathers to lead, perhaps in ways they were prevented from before or in ways they previously neglected. In dark times like war and famine, society does not necessarily “break up” as bigger collectivity strain to dysfunction, but it does shrink back to the more essential and primitive communities right around us. We can think of that as a survival technique, or we can see it as a recalibration of things back to their most essential and important level.

Not only are other authorities collapsing, but all of the things that “got in the way” of a more robustly human and Catholic life before are now canceled. Sports, schools, and other engagements that caused endless busyness and had bursts their banks into the whole of life are practically suppressed. Many people are working at home more. Heck, youth groups aren’t meeting during dinner time on Sundays anymore.

This is time for household and community! Given that such things have been receding for years, perhaps to near extinction, it is likely a time for building and cultivating more than reforming. We named the Sword&Spade magazine after two tools wielded by men, one a weapon of defense and the other a tool of growth and cultivation. Many think it is the time for a sword, but I am much more convinced we need to look to the spade. The violent are all around us. Who else can show the way of real growth and peace?

This is time to cultivate authentic Catholic culture, and this will happen very imperfectly if fathers do not engage fully in their role. I’ve been witnessing in Fraternus that local, fraternal, and truth-seeking men have the greatest opportunity for evangelization perhaps in their lifetime. COVID has forced the whole world online, which makes the real presence of humanity all the more powerful. We can show up – in the flesh – and speak and live the truth to people who are witnessing the sand under their shoddy foundations wash away. This site itself speaks to the fact that we can speak and communicate online, but it is delusional to think that online is where our greatest impact is. Christianity is unshakably incarnational, which means we believe in the goodness and vocation of being fully present where we are. Evangelical zeal right now is not in starting another blog, sharing a video, or heretic-hunting online. It is still where it’s always been: your family and neighborhood.

There’s a simple pattern of Christian living and renewal in times when you desire to invite light into darkness. From the apostles in the upper room to the early Church gathered to St. Augustine’s time in Tagste to Peter Maurin’s study groups to Pier Giorgio’s gatherings – simply come together in small and local places to discuss and reflect upon the truth. Read things together. Small communities of sane and loving communion, with the affection that comes only from proximity and a shared desire for truth – these are the seedbeds of grace and authentic culture. This is why Sword&Spade sends books out to subscribers and encourages discussion – it is time to build your library! The great tradition of the West has also been called “The Great Conversation” for good reason.  Truth pursued authentically is pursued as a body, with others. The content and spirit of our inheritance is universal truths applied reverently to particular places and times.

Such things are often dismissed as some sort of Oprah-esque book club, but there is another name for times when men recover light and community in dark times by reading and applying perennial truth together: renaissance. Don’t just share links about terrible leaders in some distant diocese. Delete your Twitter today and stop stoking the egos of those that charge around that childish and chilly place looking for audiences and affirmation. The world is not on Twitter; it’s outside your door in the light of reality and sunshine. Are you more likely to save souls in your home and neighborhood than you are spending hours online hunting controversy? Yes! Be together in Christian love and study the truth that will help you to live in a freedom that no authority on earth can take away. Invite people in. Seriously, there are other things to be done, but few as potent as leading in our homes and communities.

Don’t waste this time.
—
For some ideas and insights, I’ve gathered together some past articles from Sword&Spade specific to culture and education in the home. Use the code “HOMELIFE” at checkout, or just click here to have the coupon applied.

Jason M. Craig is the editor of Those Catholic Men and Sword&Spade magazine, the author of Leaving Boyhood Behind (OSV 2019), and co-founder of Fraternus.  He has a Masters in Theology from the Augustine Institute.  Craig runs a small Grade A dairy with his family and hosts retreats and workshops through St. Joseph’s Farm.  He is known to claim that his family invented bourbon.