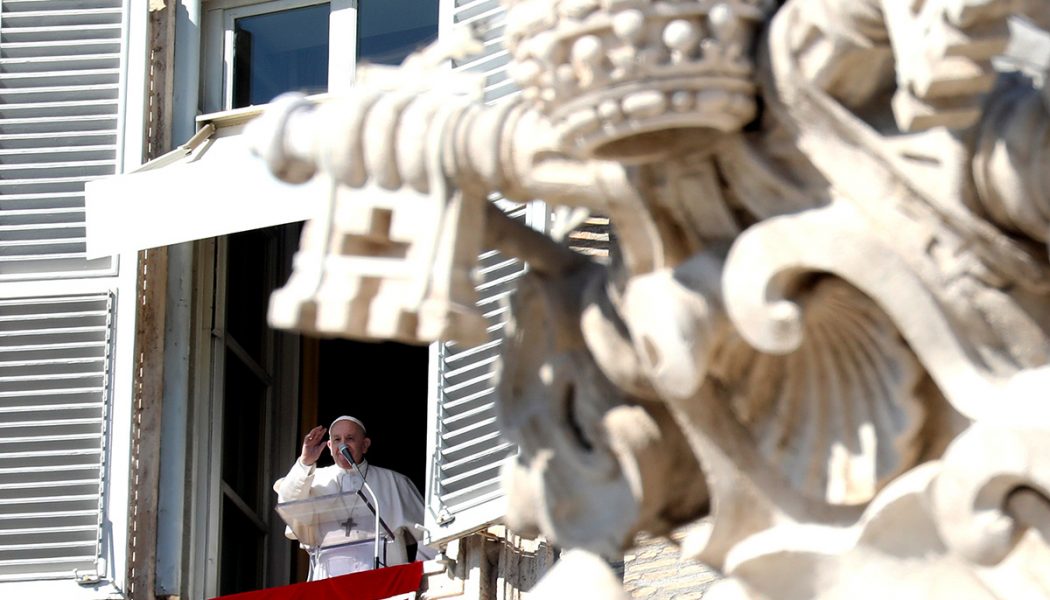 I am convinced that just as we were spared from serious error in Humanae Vitae, so the Holy Spirit spared the Church in Querida Amazonia.

On Wednesday, Feb. 12, Pope Francis released his apostolic exhortation on the Amazon Synod, Querida Amazonia. I was greatly relieved when I read the carefully penned document, as I saw in it an answer to our prayers. You may recall I wrote the following in the National Catholic Register back on Oct. 27 at the close of the Synod:

In the final document of the synod are included proposals for married priests on a wide scale and women ‘deacons.’ The Church is currently deeply divided and, I would argue, on the brink of schism, if the Pope includes such proposals in his apostolic exhortation and plan. We must pray for him as never before to hold the line, much as Pope Paul VI miraculously held the line in 1968 when he wrote Humanae Vitae, upholding the Church’s perennial view of the nature and purpose of human sexuality and the ancient forbiddance of contraception. He did this against pressure from the spirit of the age — a pressure that was even stronger than the pressure Pope Francis currently encounters. And, like Francis, Paul VI was no conservative and was very friendly with the agents of radical change. This makes Humanae Vitae all the more miraculous, and we must allow this to give us hope now that Pope Francis will issue a document that does not take us over the brink.

I am grateful to both God and our Holy Father that the exhortation stopped short of calling for the two most radical demands of the Synod: married priests and female “deacons.” Married priests would surely erode a perennial discipline in the Western Church and cause great consternation among the faithful. “Ordaining” women as “deacons” would plunge us into serious crisis and usher in a deep schism.

This is the answer to our prayers and sacrifices. To my mind, we see here the charism that protects the Holy Father from formally teaching error.

Some have argued that the Pope merely remained silent on the topic of married priests, leaving the door open for trouble in the future. Perhaps, but that is a problem for another day; we must remain vigilant and continue to pray. It is clear that Querida Amazonia was a big disappointment for radicals. The Central Committee of German Catholics, a lay group working with the German Bishops’ Conference, accused Pope Francis of a “lack of courage for real reforms.” Others on the left called the document “demoralizing” and “painful,” expressing “shock and disappointment” that the Pope has “closed the door” on married priests and female “deacons” and is “willfully turning his back on the calls of women for recognition of the sacramental ministries.” We should pray for the strength of the Pope to hold firm against this barrage of criticism.

Further, I don’t think it is fair to say that Pope Francis was simply silent. While he did not directly mention the ordination of married men (“viri probati”), it is clear that the solution he proposes to the shortage of priests in the Amazon is to pray, to work for vocations, and to make greater use of permanent deacons:

This urgent need [for priests] leads me to urge all bishops, especially those in Latin America, not only to promote prayer for priestly vocations, but also to be more generous in encouraging those who display a missionary vocation to opt for the Amazon region (no. 90).

Priests are necessary, but this does not mean that permanent deacons (of whom there should be many more in the Amazon region), religious women and lay persons cannot regularly assume important responsibilities for the growth of communities, and perform those functions ever more effectively with the aid of a suitable accompaniment. Consequently, it is not simply a question of facilitating a greater presence of ordained ministers who can celebrate the Eucharist (no. 92).

He is even more clear in his comments on the possibility of female “deacons”:

[Some] believe that women would be granted a greater status and participation in the Church only if they were admitted to Holy Orders. But that approach would in fact narrow our vision; it would lead us to clericalize women, diminish the great value of what they have already accomplished, and subtly make their indispensable contribution less effective (no. 100).

Women make their contribution to the Church in a way that is properly theirs, by making present the tender strength of Mary, the Mother. As a result, we do not limit ourselves to a functional approach, but enter instead into the inmost structure of the Church (no. 101).

I simply do not agree that Pope Francis was silent on these two issues. I also think that this exhortation provides a firm basis to say that the answer, both now and in the future, to the question of whether there will be female “deacons” and widespread ordination of married men is a firm no.

This does not mean that there will not be attempts to overturn, reinterpret or even ignore these aspects of the document. We will have to address those if and when they arise, but for now we can be grateful for the Pope’s answer.

Another area of concern with the Synod working document is its seeming suggestion that our evangelization of the region in the 16th century was a form of oppression and that we should not seek to evangelize the Amazonians today so much as to let them teach us. Here, too, Pope Francis ignores the worst of that notion and makes it plain that we must clearly announce Christ:

They have a right to hear the Gospel, and above all that first proclamation, the kerygma, which is ‘the principal proclamation, the one which we must hear again and again in different ways, the one which we must announce one way or another.’ It proclaims a God who infinitely loves every man and woman and has revealed this love in Jesus Christ, crucified for us and risen in our lives. … Without that impassioned proclamation, every ecclesial structure would become just another NGO and we would not follow the command given us by Christ: ‘Go into all the world and preach the Gospel to the whole creation’ (Mark 16:15) (no. 64).

Any project for growth in the Christian life needs to be centred continually on this message, for ‘all Christian formation consists of entering more deeply into the kerygma.’ … Indeed, the kerygma and fraternal charity constitute the great synthesis of the whole content of the Gospel, to be proclaimed unceasingly in the Amazon region. That is what shaped the lives of the great evangelizers of Latin America, like Saint Turibius of Mogrovejo or Saint Joseph of Anchieta (no. 65).

I was less impressed with the Popes comments on inculturation. I don’t think he fully appreciates how offensive and shocking the “Pachamama episode” was to faithful Catholics everywhere. He writes:

Let us not be quick to describe as superstition or paganism certain religious practices that arise spontaneously from the life of peoples. Rather, we ought to know how to distinguish the wheat growing alongside the tares, for “popular piety can enable us to see how the faith, once received, becomes embodied in a culture and is constantly passed on” (no. 78).

It is possible to take up an indigenous symbol in some way, without necessarily considering it as idolatry (no. 79).

No, not in the case of Pachamama, who is no mere symbol or custom but rather the pagan goddess, Mother Earth.

There are also some passages I would describe as dreamy, with an air of too much of pantheism or immanentism.

In summary, Querida Amazonia has much to commend to our study and attention. I once again thank God the Holy Spirit for assisting Pope Francis in resisting demands for radical change. I am grateful to the Pope for his moderation in writing this document and his obedience to the truth in these two serious matters. I am also thankful for the good people of God who have prayed so diligently for our Holy Father as he was writing this exhortation. I am convinced that just as we were spared from serious error in Humanae Vitae, so were we spared here. As we learned back in 1968, however, things don’t simply go away with the appearance of a document. Continue, my friends and fellow Catholics, to pray and to work for the truth.

May God be praised.