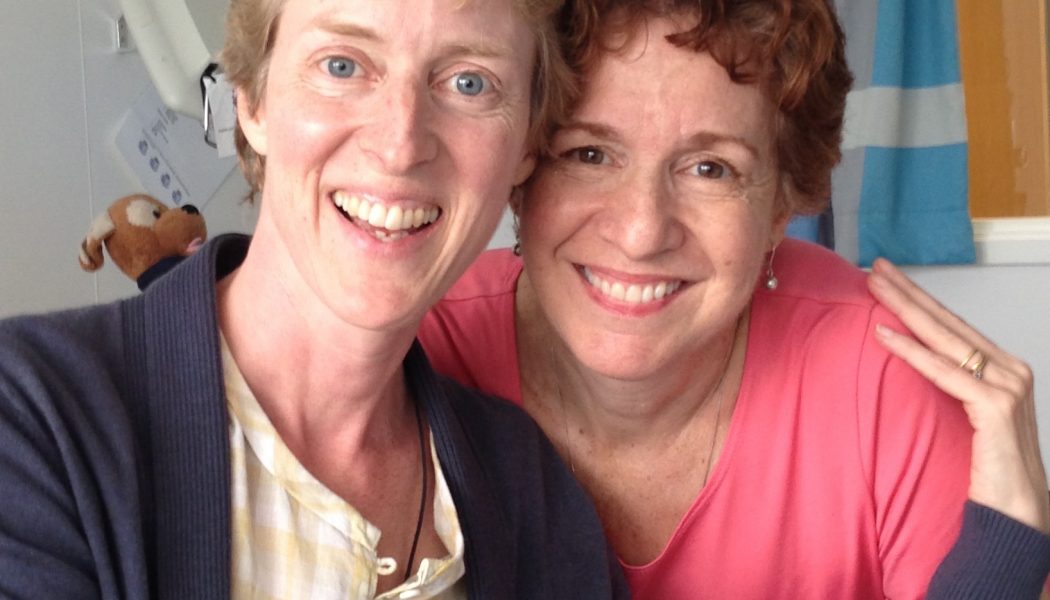 My family were attending a High School football game, and were sitting high up in the bleachers. My little sister Denise–a skinny little thing–was seven years old. When the home team scored a touchdown everyone stood up and cheered. She did too, and as she did, she slipped through the narrow gap between the seat of the bleacher and the footrest. My mother saw her go, and watched helplessly as her daughter fell nearly 100 feet to the ground below.

Furthermore, she watched, almost in slow motion, as my sister’s small body was headed for the large concrete footer for the beams that held up the bleachers. Then at the last moment–just before her head hit the concrete–my mother said it was as if someone simply shoved the little girl sideways, and my sister landed, unharmed, on the soft grass next to the footer.

That same little sister grew up, earned her PhD, became a published author with three books under her belt, married and had two kids. Then in her early fifties was struck down with a horrible, incurable cancer. She went through all the painful, humiliating treatment, but there was nothing more they could do.

“Where was her guardian angel then?” you might well ask.

That’s a fair question, but the whole story is always more than meets the eye.

Denise went through her treatment with great courage and inspired many by her dignified and certain faith in the goodness of the Lord. On Thursday of Holy Week that year she went to the airport to pick up our mother and older sister Donna who were there to be with her. Even though Denise was Anglican she had plans to go to Lourdes with Donna during Easter week, saying, “I have learned to love Mother Mary.” She had very little pain that week, and on Saturday she was up and about cooking a meal for a houseful of guests. That evening she went to bed early not feeling well and late that night she received the anointing and died peacefully on Easter Day.

Just before she died she saw her loved ones around her bed weeping and she said, “Don’t cry. Sing Easter songs.”

Where was her guardian angel?

Right there by her bedside, watching over her as always, and gently leading her home.