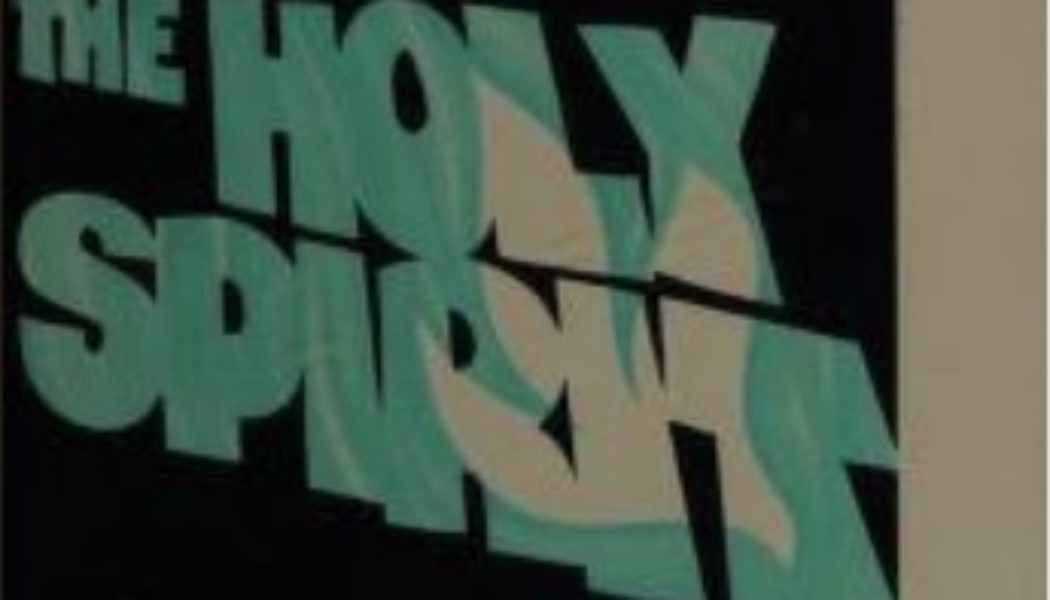 …and sometimes it just moans really dramatically, I guess.

So there’s been a lot of talk of the Spirit recently. Rather, in this particular iteration, since the papacy of Francis began and with greater intensity in all the Synod/Synodality/Syondaliest talk. For example.

Addressing this question together requires listening to the Holy Spirit, who like the wind “blows where it wills; you can hear the sound it makes, but you do not know where it comes from or where it goes” (Jn 3:8), remaining open to the surprises that the Spirit will certainly prepare for us along the way.

Of course, this is nothing new. The history of the Church is, in part, a history of discernment – discernment  – of the presence and movement of the Holy Spirit at all levels of Church life – in the teaching Church, among the leadership, in lay life, trickling down, bubbling up.

After all, what does Paul say?

“Do not quench the Spirit. Do not despise prophetic utterances (1 Thess 5:19).

And that’s the history of the Church. Continual, engaged, prayerful discernment of what is authentic and what is false: what to quench and what not to despise. People write books about it. They take classes about it. They pray about it. They listen, reflect and yes, judge. Discernment is not a simple checklist.

But what is not done, what doesn’t happen in Catholic history and sound practice, is dependence on blithe, unsupported assertions that if something is “new” it must be from the Spirit and especially if it’s knocking down something “old” it’s quite obviously from the Spirit.

That, to put it frankly, is weaponizing and gaslighting.

Sorry, but “new” and “old” are not criteria for discernment of authenticity in Catholic life. We do speak of “progress” in the spiritual life, but it is not a concept tied to simple movement from one moment to the next in which the present is privileged. “Progress” – in temporal terms of moving beyond the past just because of a belief that the present, by definition must be closer to the heart of God than the past – derives from a particular secular understanding of human history characteristic of Western modernity, and is not a category of Christian discernment.

We are temporal. God is not.

What is a category is “faithfulness” – to Christ, to the Gospel, to God’s Word as a whole, to Big T Tradition, to Big T Truth.

So, it’s not simple. Which is why it takes time and perspective. Which is why people who do this teasing out and testing must be wise and experienced and why a deep knowledge of history…helps.

My argument in these days – in 2021, with six decades of intensive Spirit-moving behind us, and with the benefit of more historical awareness than most people in the past have been privileged to have – is that when discerning the Spirit, suspicion and caution is not a bad thing, and we should never be gaslit into believing that our caution when someone waves the Spirit Banner at us must be nothing more than a fearful, closed-minded expression of resistance to God’s will. .

And those who would like to gaslight and have their way? Perhaps remember this:

Those of us who maintain a, shall we say, healthy hermeneutic of suspicion when you tell us that the Spirit is a movin’ – have lived a little. We’ve seen it. We’ve heard it. We might even be victims of it.

On a large scale, we may be veterans of Church movements – some on the margins…oh, those margins! – some fully approved by the Church and integrated into its structure  –  that  grounded their practices on leaders’ claims to be in tune with the Spirit doing all this new stuff in these new times – and have, indeed, ended up victims of these movements’ and communities’ manipulation, exploitation and repression, and staggered out, spiritually and psychologically shattered.

We may be victims, at close or simply long-range, as we’ve observed and been inspired – by religious leaders and innovators, clearly – clearly – led by the “Spirit” – to create new ways of engaging with the world and ministering. So charismatic! So close to the Lord! So creative! Because new is always best! So courageous! So obviously Spirit-guided! Wait…so…corrupt? Exploitive? Evil?

On a smaller, less dramatic scale, we may have endured liturgy after liturgy in which the celebrant, the musicians and other ministers disdained what was given to them by Tradition and even by Revelation, going with the “Spirit” instead – making stuff up, shifting things around, re-creating all because the Spirit, they felt – they felt  – was moving around in them, moving them to express themselves, moving them to set aside the old and go with what they felt was really powerful right then and there in that moment.

We may have been listening, for decades– to confident promises of the Spirit obviously moving in all of these innovations and creative acts of destruction, and then woken up one day and seen…destruction?

We may have heard church ministers and leaders who speak very loudly of the importance of listening to the Spirit and not being afraid of the movement of the Spirit gazing with distinct distaste on manifestations of popular piety and practice that don’t fit their agenda and quickly backtracking….Oh. I didn’t mean freedom in the Spirit it do that.  That’s against diocesan policies. Let me show you.

We may have endured the same with countless other aspects of religious life, from formation to spiritual movements to even institutional processes:

Individuals with agendas and most of all, egos, using the Holy Spirit as a means to privilege their own notions, plans and self-interests. Manipulating and guilting the rest of us into accepting their purported special insights as real and of God because, of course, “old” is bad and “new” is always, always good and always from the Spirit.

I once – not too, too long ago, and not in this area – had a liturgical experience. The celebrant seemed well-meaning, and he also clearly felt Spirit-led. Note – he didn’t deviate from the liturgical words and texts. We had that going for us at least. But in this small congregation which was mostly composed of non-parishioners and visitors, his personality absolutely dominated the hour. I think he thought he was serving and bringing out some deeper meaning through his actions, but all that ended up happening was an awkward but unrelenting spotlight on him for a solid hour – his demeanor, his singing, his tremendously odd, dramatic, emotional pronunciation of the words of consecration. I’m sure he thought he was doing a helpful thing, enriching the mere words and gestures of the liturgy with the intensity of his own demeanor, perhaps even moved by the Spirit to do so, but he ended up placing himself in the center and being a distraction and an obstacle.

And all we wanted to do was go to Mass.

I am a student of history. I just read a book on the very exciting topic of Going to Church in Medieval England and just last night, couldn’t put a new book on the history of Anglo-Saxon England down until I’d finished reading the very absorbing (really – quite eye-opening) chapter on (Saint) Wilfred of York.

Catholic life and practice shifts, changes, ossifies and is reformed and renewed. It’s the Holy Spirit at work in all of that.

But it’s a Spirit whose actions must be carefully discerned and sifted as we engage with it and work so hard to be faithful and, most importantly, to bring the power of the Gospel, Spirit-led, into a hurting world.

Because, as we have seen time and time again, in ancient and recent history, as well as in our own lives: all that heady, optimistic Spirit-talk? As we see all around us, constantly and consistently:

Is there anything in life easier to weaponize, because we are yearning so deeply, than the promise of something new, coming to us via the warm assurances of those who identify the movement of the Spirit – good! – with whatever they want to happen next?

Resistance to “new” can, indeed, be resistance to the Spirit. It can also be fidelity to Christ. Whether that thing is “new” or not has absolutely nothing to do with the authenticity of the moment, idea or expression. “New” as I said before, is not a meaningful category for discernment in either a positive or negative sense, and neither is “old.”

Remember what Paul said up there, about not quenching the Spirit?

Let’s let him finish the thought:

“Do not quench the Spirit. Do not despise prophetic utterances…