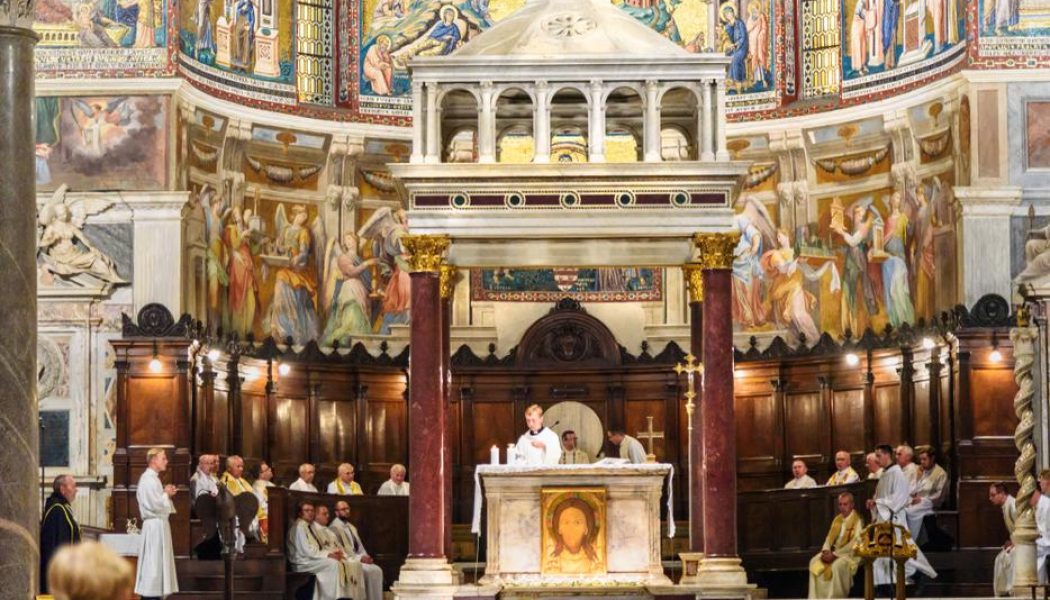 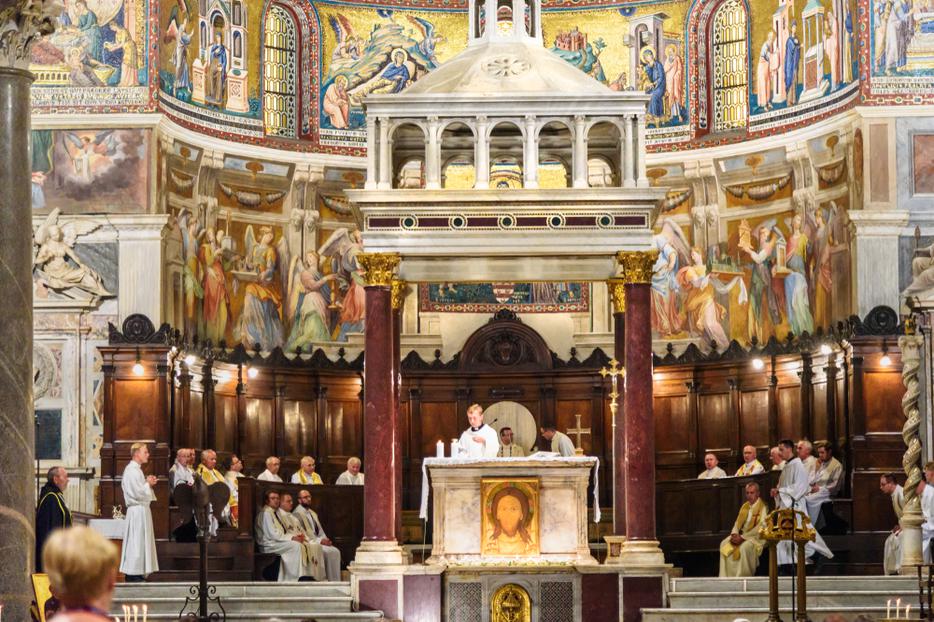 COMMENTARY: Italian is not an international language, but it has great influence in the Church — so it’s especially unfortunate that two different consecratory formulas can now be used when celebrating Mass there.

With the approval of the new Italian translation of the Roman Missal third edition (2002), consider the following: A Catholic anywhere in North America — from Alaska to Zacatecas — will hear the same consecratory formula for the chalice at Mass, whether attending Mass in English, French, Spanish or the original Latin. The same would be true if he went to Mass in Spanish in Argentina or in French in Zaire.

But that same Catholic on pilgrimage in Rome, attending an early morning Mass at one of the many altars in St. Peter’s, will hear a different consecratory formula depending on which of the two missals the celebrating priest opts to use — Latin or Italian.

That development — unity across continents but disunity at a single altar in the Vatican basilica — is a regrettable development in terms of liturgical unity and ecclesial governance.

At issue is the translation of the Latin words pro multis in the consecration formula the priest prays over the chalice: pro vobis and pro multis effundetur (which will be poured out for you and for many).

Pro multis means “for many”; no one contests that. But in the early translations of the Roman Missal in the 1960s and 1970s, many languages, including English, opted “for all.” Italian did the same: per tutti.

As the Roman Missal third edition (2002) began to be translated into various languages, Pope Benedict took a decision on the pro multis. In a 2006 letter from the Congregation for Divine Liturgy, his decision was given: Pro multis was to be translated “for many.” The reasons were threefold: “For many” is what the Latin actually says and has always said in the Roman Rite; the biblical words of Jesus are “for many”; the Eastern Churches employ the equivalent of “for many.”

“‘For many’ is a faithful translation of pro multis, whereas ‘for all’ is rather an explanation of the sort that belongs properly to catechesis,” the congregation wrote. “The expression ‘for many,’ while remaining open to the inclusion of each human person, is reflective also of the fact that this salvation is not brought about in some mechanistic way, without one’s willing or participation; rather, the believer is invited to accept in faith the gift that is being offered … as to be numbered among the ‘many’ to whom the text refers.”

The papal decision was also meant to favor greater liturgical unity throughout the Church at the moment of supreme importance, the confection of the Most Holy Eucharist. And thus unity followed, with English, French and Spanish and other languages adhering to Benedict’s decision.

Italian is not an international language, and aside from music and cooking, it has negligible reach beyond Italy. But in the Church it does have a great influence; it is the language the Holy Father uses for Mass every day. Church leaders from the world over study and visit Rome often; Italian is often the common language when a bishop from Japan meets one from Austria. Italian is the daily language of the Vatican, and so to have a conflict between the official language of the Church (Latin) and the working language of its headquarters (Italian) is especially unfortunate at the most important sacramental moment.

The Italian intransigence was enabled by a change that Pope Francis made in 2017 on the governance of liturgical translations. In effect, he shifted authority from the congregation for liturgy to national bishops’ conferences. That gave the Italian bishops the needed authority to proceed in defiance of the congregation’s 2006 directive implementing the decision of Pope Benedict XVI.

Not long after making that change, Pope Francis himself expressed his own preference to use “for many” as the better translation. As an archbishop in Argentina, he had already implemented “for many” in Spanish 10 years earlier.

However, given that the Italian bishops were willing to defy a clear directive from Benedict, it was never likely they would accommodate the mere preference of Francis.

That the Italians bishops finally got their way has implications for ecclesial governance. Pope Francis is currently engaged in a mighty struggle with the German bishops over their “synodal path” of proposed reforms. It has been more than a year since Pope Francis wrote an extraordinary letter to the Church in Germany asking them not to proceed as they had planned. They proceeded anyway. And whenever they celebrate Mass — whether in German at home or in Italian in Rome — they will be reminded of their defiance.

After attack on basilica, Cardinal Sarah warns West: “Islamism is a monstrous fanaticism which must be fought with force and determination”…

Father Michael McGivney, founder of the Knights of Columbus, beatified; feast day will be August 13…