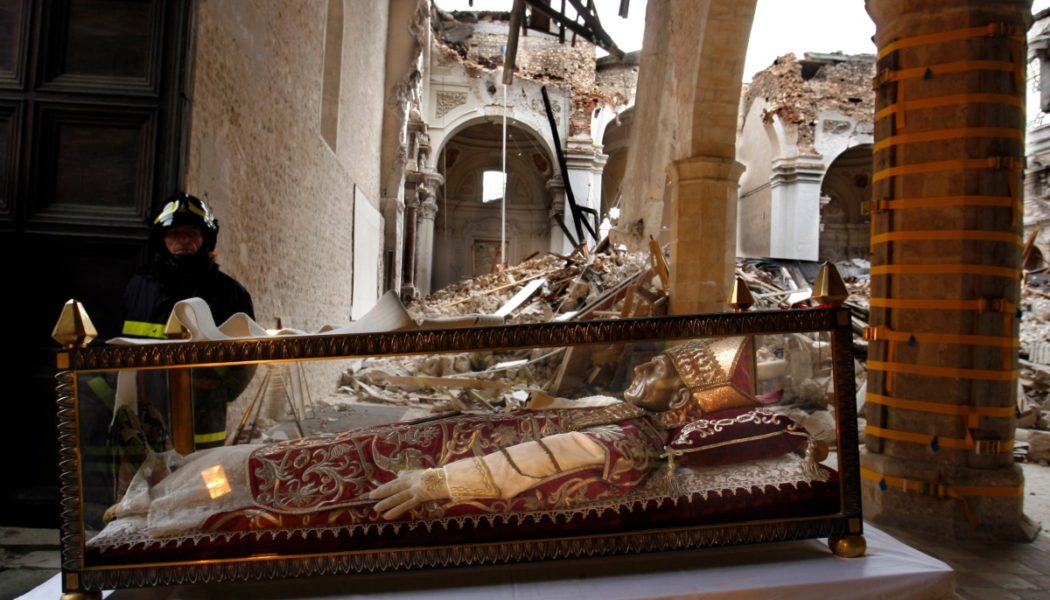 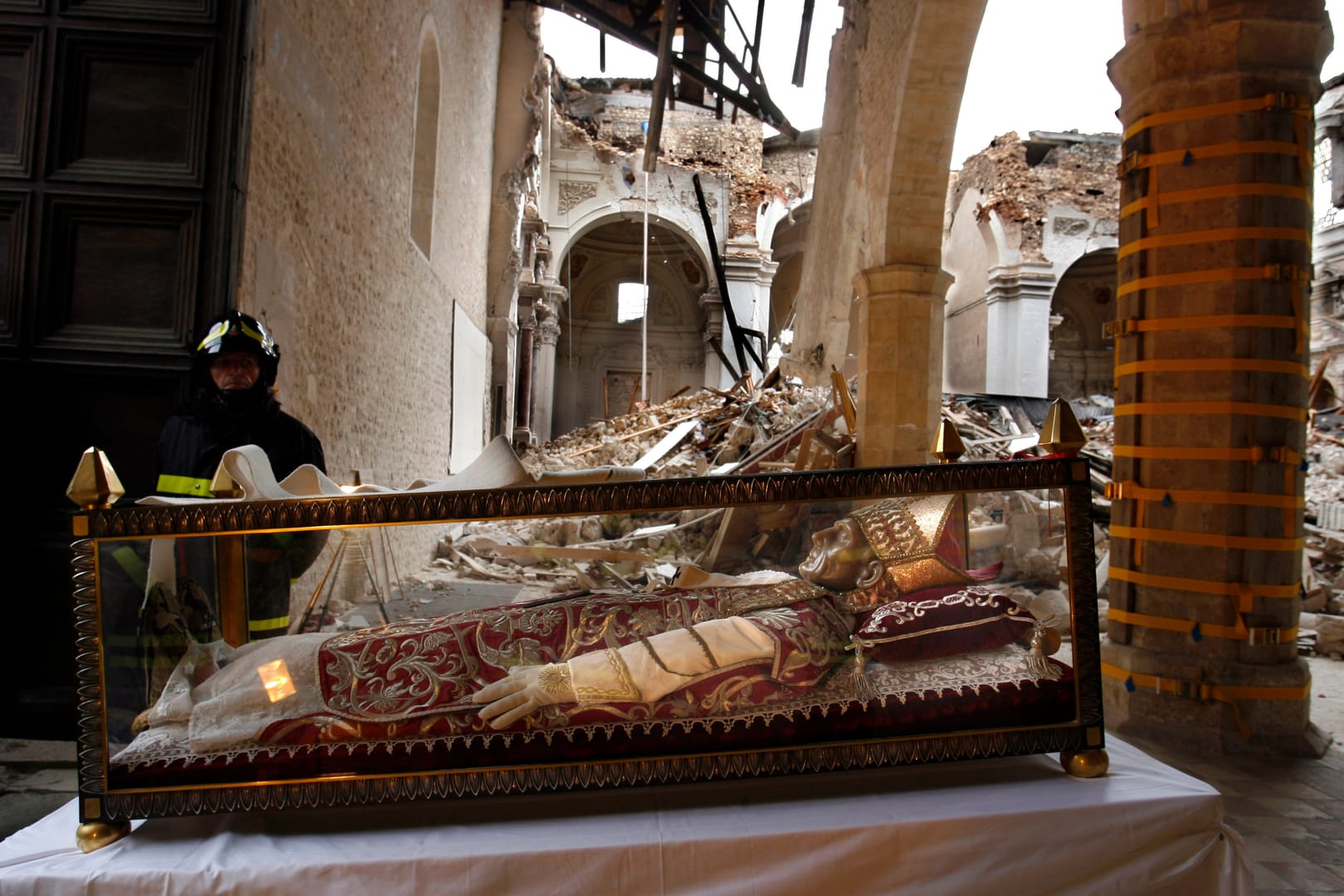 ROME – This coming Saturday, Pope Francis will hold a consistory to create new cardinals, followed by two days of meetings with all cardinals to discuss his reform of the Roman Curia. In between he’ll visit the central Italian city of L’Aquila, and although papal outings inside Italy generally are low-key affairs, this one is destined to draw saturation coverage.

The reason is because L’Aquila is home to the tomb of Celestine V, the last pope to voluntarily resign the papacy before Benedict XVI. When Benedict visited Celestine’s resting place in 2009, he left behind the pallium, or stole, which he’d received at his election – and, with the benefit of hindsight, that gesture was seen as foreshadowing Benedict’s own resignation in 2013.

As a result, observers will be hyper-attentive during Francis’s brief Aug. 28 trip to see if he drops any hints about the current state of his own thinking about stepping down.

As we watch the L’Aquila outing unfold, here’s something to bear in mind: Pope Celestine V, who reigned for just five months in 1294, is a patron saint both for Benedict XVI and Francis, and it’s not exactly about setting the stage for their own early departures.

Remember that when Benedict visited L’Aquila in late April 2009, he already knew he’d probably be meeting U.S. President Barack Obama when Obama came to Europe in early July. He also knew he’d shortly be releasing Caritas in Veritate, his third encyclical letter, dedicated to social teaching and the spirit of Catholic activism.

He’d go on to release an extraordinary pastoral letter to Ireland’s Catholics on the clerical sexual abuse crisis, and to make high-profile overseas trips to the UK, Spain, Germany, Mexico and Cuba, and Lebanon, among others.

In other words, it’s improbable that in April 2009, resignation was already on Benedict’s horizon.

Benedict’s fascination with Celestine also didn’t end with that April 2009 act of homage.

In July 2010 he also visited Sulmona, a city in the Abruzzo region of central Italy, praying briefly before relics of the saint preserved in the crypt of the local cathedral. While there, he reflected at length on what he called “this exceptional figure” who presided over a “brief and painful pontificate.”

Benedict’s attraction to Celestine was indeed partly about his resignation, but not in the sense of tipping his own hand. Instead, he styled Celestine as a role model of “detachment from preoccupation with things – money and finery – trusting in the providence of the Father,” as well as his “particular attention and care for those suffering in body and in the spirit.”

Celestine, Benedict XVI said that day, was a “seeker of God” rather than his own glory, which was the essence of his holiness.

In Italian Catholicism, Celestine V has long been the symbol of the spiritual dimension of the church, as opposed to the “carnal church” of earthly wealth and influence.

Benedict also recalled that Celestine’s lone major official act during his brief pontificate was to issue a plenary and universal indulgence, or forgiveness of sin, to all humanity. In a clear rejection of the pomp of official papal documents, the bull declaring the indulgence, issued in September 1294, was simply titled “Forgiveness.”

At a time when indulgences were usually sold for money or some other consideration, Celestine V specified only two conditions for receiving forgiveness: entrance to the Basilica of Collemaggio in L’Aquila between Aug. 28 and 29 every year and being “truly sorry and confessed.”

In sum, Benedict XVI saw Celestine as a patron of the “purification” of the church Benedict regarded as the heart of real reform, as opposed to structural and policy overhauls – both of which may indeed be necessary, but neither of which by themselves will produce reform, Benedict believed, if they aren’t rooted in interior change.

All this also hints at why Francis, too, may feel a tug to Celestine, since battles against clericalism, hierarchical privilege, and the trappings of a royal court have been among the hallmarks of his own papacy.

In 2014, Francis visited the town of Isernia in the southern Italian region of Molise, which was Celestine V’s birthplace, on the anniversary of Celestine’s election to the papacy. While there, Francis proclaimed Celestine one of the two patrons of his own papacy, in tandem with St. Francis of Assisi.

Celestine’s resignation, Francis said that day, was “against the tide, not only in terms of personal renunciation but as a prophetic witness to a new world.” Celestine, Francis said, remains a powerful example of “poverty, mercy and the total emptying of oneself.”

The bottom line is that there are compelling reasons why a pope might find the example of Celestine’s renunciation attractive, without necessarily intending it as a harbinger of his own intentions. In some ways, the resignation is actually a whole program of governance in miniature – and thus, arguably, a reason to stick around, not to take off, at least not anytime soon.

All of which probably is worth bearing in mind as talk of papal resignation, inevitably, fills the air a week from today.