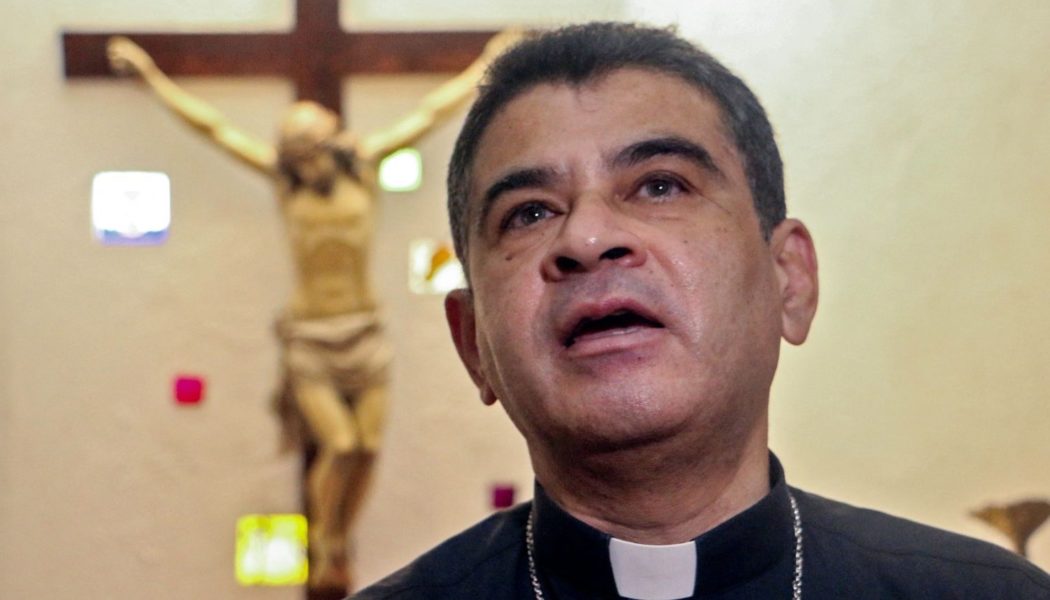 The Church in Nicaragua is marking 11 August this year with a day of prayer and Eucharistic Adoration in parishes across the Latin American nation.

It comes as part of the National Marian Congress taking place on 7-15 August, as the local Church faces ongoing difficulties with the closure of 6 Catholic radio stations and government pressure on the Bishop of Matagalpa.

The fate of Bishop Rolando Alvarez, who has been targeted by the regime of President Daniel Ortega in Nicaragua, continues to remain uncertain.

The outspoken bishop was placed under house arrest after protesting the government’s closing of Catholic radio stations in the country.

In a picture that went viral around the world, Bishop Alvarez was seen on his knees begging for mercy while a group of armed police officers surround him.

The incident occurred on 4 August when Bishop Alvarez, along with six priest and six lay Catholics, was banned from celebrating Mass and was locked inside his parish house.

Bishop Alvarez is accused by the authorities of allegedly using media and social networks to carry out acts of violence against the population and to destabilise the country.

Reaction to the arrest

Many human rights and Church-affiliated groups have condemned the arrest, while Bishops and other groups have expressed their closeness to Bishop Alvarez who is locked away in his home.

The Latin American Episcopal Council (CELAM) has expressed its solidarity and closeness to the Church of Nicaragua, noting that the Church “proclaims the Gospel of peace” and, in this light, is always open to collaboration with national and international authorities.

Conflict between Church and state

The Catholic Church continues to be the target of numerous attacks and attempts to silence Church leaders, including the harassment of Bishops and priests.

Since Bishop Alvarez’s arrest on 4 August, the Nicaraguan government pursues its silencing of the Catholic voice in the country by closing yet another Catholic Radio station and one-hundred more NGOs.

The Nicaraguan government has been accused of seeking to silence Church representatives, having churches surrounded, and intimating clergy members and the faithful.