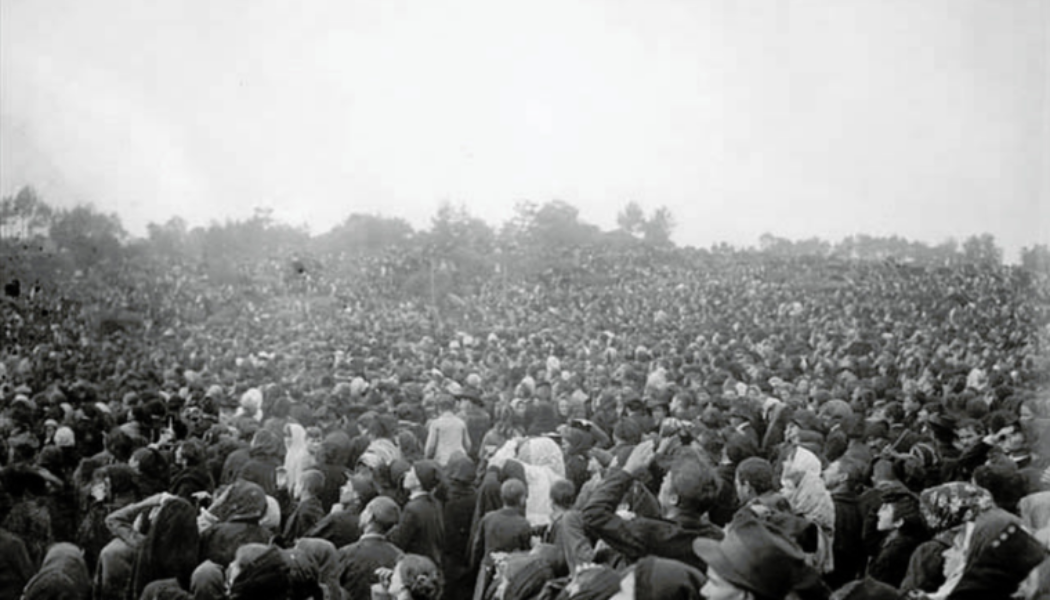 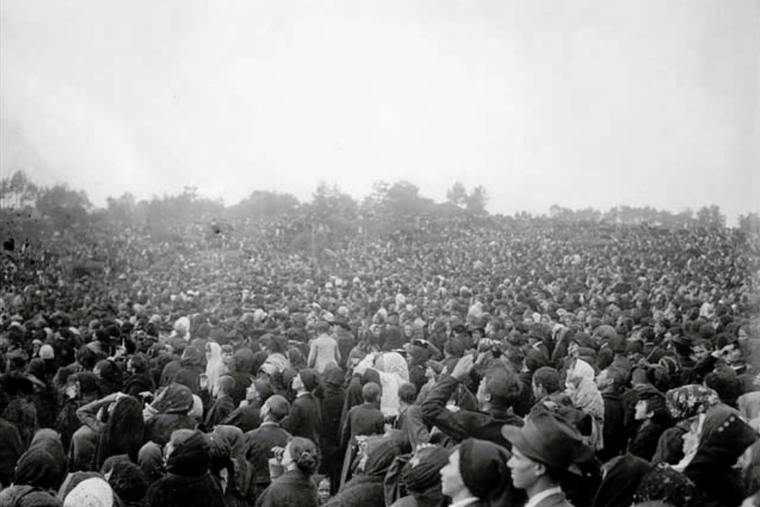 COMMENTARY: Oct. 13 is the day of ‘the Miracle of the Sun.’ It’s also another day to consider St. Joseph’s role in the life of his family, the Scriptures and in the Church.

The Year of St. Joseph has already had its liturgical highpoints — the Feast of the Holy Family last December, the Solemnity of St. Joseph himself in March and the Memorial of St. Joseph the Worker in May. Then there are the infancy feasts of Jesus where Joseph is present: Christmas, Epiphany, the Presentation in the Temple. There is even a lesser known feast of the “Holy Espousals” of Joseph and Mary (Jan. 23).

But Oct. 13 is another day to think about St. Joseph. That was the day of the final apparition at Fatima in 1917, the “miracle of the sun” witnessed by some 70,000 people. It was a terrifying vision of the sun veering from its orbit in the sky, spinning and careening in such fashion as that many present thought the end of the world was upon them.

That vision was followed by an image of domestic tranquility, the Holy Family, as if to contrast the disorder of fallen nature with the restoration of nature in Jesus and Mary, together with their guardian, St. Joseph.

Lúcia, the eldest of the visionaries, reported this about the apparition that day in relation to St. Joseph, who had not been part of the earlier apparitions:

Then opening her hands, she (Our Lady) made them reflect on the sun, and as she ascended, the reflection of her light continued to be projected on the sun itself. … After Our Lady had disappeared into the immense distance of the firmament, we beheld St. Joseph with the Child Jesus and Our Lady robed in white with a blue mantle, beside the sun. St. Joseph and the Child Jesus appeared to bless the world, for they traced the Sign of the Cross with their hands. When a little later, this apparition disappeared I saw Our Lord and Our Lady. … Our Lord appeared to bless the world in the same manner as St. Joseph had done.

It seems a fitting sight — St. Joseph, not speaking, but with the Child Jesus, holding him, and blessing the world just as he would have, in his time, blessed the Holy Family.

The two parts of the apparition fit with the biblical image of St. Joseph. First, he blesses, even as Our Lady looks on. Joseph is the head of the Holy Family, even though he is inferior in holiness to both Jesus and Mary. Yet he exercises his headship, his true paternity, in the act of blessing.

Second, Jesus blesses, which belongs to him by right at God, but so in the “same manner as St. Joseph.” There is an echo here of Joseph’s paternal guidance, showing that Jesus learned many things — how to pray, how read the Scriptures, how to acquire a trade — from his earthly father, Joseph.

Apparitions of St. Joseph in history are exceedingly rare. But might the latter appearances of St. Joseph have something to do with Pope Blessed Pius IX (1846-1878) declaring St. Joseph as “Patron of the Universal Church” in 1870? The Year of St. Joseph marks the 150th anniversary of that declaration.

Might we say that the apparitions at Knock and Fatima, both including St. Joseph, “confirmed” the wisdom of the papal declaration of Joseph’s patronage in 1870?

There is another link to the Oct. 13 date. There are different accounts of how the St. Michael Prayer came to be composed by Pope Leo XIII (1878-1903), but one account is that after offering the Holy Mass on Oct. 13, 1884 — 33 years to the day before the final apparition at Fatima — the Holy Father had a terrible vision about the power of Satan loosed in the world. He composed the St. Michael Prayer in response, and mandated its recitation throughout the whole Church at the conclusion of Holy Mass.

Whatever the exact origin of Pope Leo’s prayer, the link to St. Michael on the same date as St. Joseph’s appearance at Fatima is fitting, for both speak of the protection of the Blessed Mother and the Holy Mother Church.

October is a Marian month, the month of the Holy Rosary, with that feast falling on Oct. 7, and Oct. 13 bringing to mind the Fatima apparitions. But this year, we might make room for St. Joseph, too, as Our Lady herself did in 1917.

Hippolytus was a leading 3rd-century theologian. And an antipope. And a saint. His story has some lessons for all of us… …

The mystery of D.B. Cooper’s Thanksgiving Eve jump from a highjacked 727…