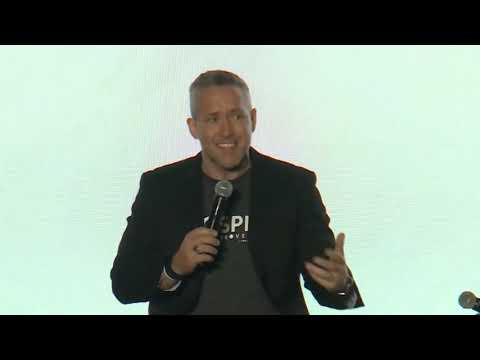 It’s tough work, but somebody has to do it. I don’t envy the scribes who have to create the list of events that go on the ballot.

The archive on the RNA website only goes back to 2002, but I have been writing annual columns on this topic since forever, or close to it (click here for my Internet-era archive). As you would expect, this was the top of the final “Crossroads” podcast for 2019 (click here to tune that in).

When you’ve been studying lists of this kind for four decades, it’s easy to spot patterns. The RNA list will almost always contain:

* Some event or trend linked to politics and this often has something to with evangelicals posing a threat to American life.

* Mainline Protestants gathered somewhere to fight over attempts to modernize doctrines linked to sex and marriage.

* The pope said something headline-worthy about some issue linked to politics or sexuality.

* Someone somewhere attacked lots of someones in the name of God.

* There may or may not be a story about Southern Baptists waging war on one another for some reason linked to biblical authority.

This year’s RNA Top 10 was way more predictable than usual, in terms of offering sort-of-trend updates on old news. The No. 1 story, however, was truly big news:

An investigation by the Houston Chronicle reveals hundreds of victims of abuse in the Southern Baptist Convention, spurring calls for the SBC to investigate churches that cover up abuse and prompting a lament at the SBC’s annual meeting.

My number one choice was this story, which ended up at No. 10:

Gunmen kill one person at a Poway, Calif., synagogue; two others outside a German synagogue; and three in a Jersey City kosher market. Other anti-Semitic attacks and threats increase, particularly in New York City.

What I wished I could have done was combine several items on the ballot into one hellish trend story. In other words take the horrible trends in Anti-Semitism and combine them with the No. 2 story in the RNA list, which was:

Then add in this story, which somehow fell way down the list to No. 17 (perhaps since massacres of Christians is old news these days):

A terrorist group in Sri Lanka, claiming loyalty to the so-called Islamic State, kills more than 250 and wounds hundreds in suicide bombings at churches and hotels on Easter Sunday.

Meanwhile, the powers that be in China kept demolishing churches — in one case starting this work while worshipers were inside — and shipping Uighur Muslims off to reeducation camps.

But all of that into one news story and, let’s face it, it was a very dangerous year for believers of all kinds to gather in holy sanctuaries. That was my religion-news story of the year.

As you would imagine, I was glad to see that the Associated Press team produced a feature story that took a look at this bloody drama. Here’s the headline on that report, at The New York Times: “Houses of Worship Attacked With Deadly Frequency in 2019.” The overture is long, but essential:

On Dec. 1, a band of assailants opened fire on worshippers at a small-town Protestant church in Burkina Faso, an impoverished West African country where the Christian minority is increasingly a target of attacks. The victims included the pastor and several teenage boys; regional authorities attributed the attack to “unidentified armed men” who, according to witnesses, got away on motorcycles.

The slaughter merited brief reports by international news outlets, then quickly faded from the spotlight — not surprising in a year where attacks on places of worship occurred with relentless frequency. Hundreds of worshippers and many clergy were killed at churches, mosques, synagogues and temples.

A two-week span in January illustrated the scope of this somber phenomenon. In Thailand, a group of separatist insurgents attacked a Buddhist temple, killing the abbot and one of his fellow monks. In the Philippines, two suicide attackers detonated bombs during a Mass in a Roman Catholic cathedral on the largely Muslim island of Jolo, killing 23 and wounding about 100. Three days later, an attacker hurled a grenade into a mosque in a nearby city, killing two Muslim religion teachers.

The worst was yet to come.

Yes, the slaughter of 51 people is horrible. But was that the “worst” outbreak of religion-sanctuary violence in 2019? Way down in the story, AP noted:

On Easter Sunday — April 21 — bombs shattered the celebratory services at two Catholic churches and a Protestant church in Sri Lanka.

Other targets, in coordinated suicide attacks by local militants, included three luxury hotels. But Christian worshippers at the three churches — including dozens of children — accounted for a large majority of the roughly 260 people killed.

But back to what really matters — American politics. The RNA Religion Newsmakers of the Year were:

Democratic U.S. Reps. Ilhan Omar and Rashida Tlaib, who take office as the first Muslim congresswoman and immediately are at the center of bitter controversies challenging the bipartisan consensus on U.S. aid to Israel.

My vote in that category went to one of the courageous women at the heart of the SBC #ChurchToo drama, which was, after all, the RNA poll’s No. 1 story. It appears that she placed third:

Rachael Denhollander, who provides a leading voice for survivors of sexual abuse and calls for reforms in the Southern Baptist Convention and other church groups where revelations of abuse emerge.

Please leave your thoughts on all of this in our comments pages.

FIRST IMAGE: Screenshot of graphics from the blockbuster Houston Chronicle report on sexual abuse in the Southern Baptist Convention.