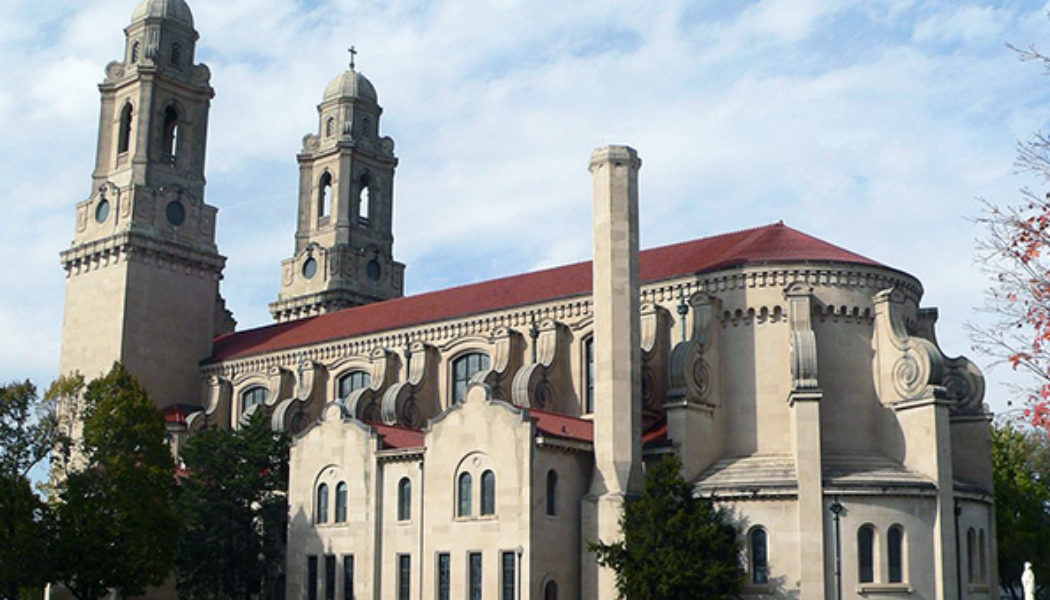 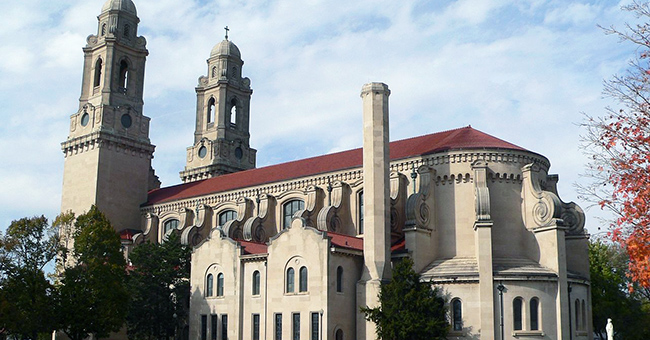 Annually, the Archdiocese of Omaha puts on the Cathedral Flowers Festival and this year’s theme was “A Night at the Movies”. The rector of St. Cecilia’s Cathedral, Fr. Michael Gutgsell, made arrangements to have the nave decorated as usual. One of the long-time members and current custodians decided to take matters into his own hands.

According to Omaha World-Herald columnist Michael Kelly, Mark Kenney, who grew up as a member of the parish, had a private meeting with his rector just days before he made his decision. Fr. Gutgsell knew that Kenney had differing opinions on the use of the consecrated space for the event, and he asked him to make a promise not to interfere with any of the displays.

However, when Kenney walked into the Cathedral on Jan. 29, he couldn’t believe his eyes. There, hanging in the nave of the cathedral, was a life-sized and fully detailed statue of Mary Poppins.

Promise or no promise, Kenney took the ascent to the top of the nave, got a proper grip on the steel cabling with a set of bolt cutters, and sent the figure to the floor, completely destroying the display.

He didn’t stop there. He proceeded downstairs to remove the Buddha figure from the cathedral’s Nash Chapel, and he destroyed a dress that was part of an exhibit featuring Queen Elizabeth I, the sixteenth-century persecutor of Catholics.

“Father, it was me. You need to call the police.”

Kenney gave himself up to the rector, who subsequently had him arrested and detained. He is scheduled to be sentenced on Holy Thursday, March 24.

Fr. Gutgsell, a Kansas City native and canon lawyer licensed from Catholic University of America, said in defense of his decisions, “Obviously, context is everything … Cathedrals are kind of the epicenter for culture and development.”

Another Omaha-based Catholic voice to comment on the now 45-day-old event was Eileen Burke-Sullivan, theologian and professor at the Jesuit-run Creighton University. “Mixing thematic popular culture with the beauty of God’s creation in flowers … I don’t think there’s any inherent idolatry.”

Archbishop George Lucas was not available at the time to comment, but his chancellor and spokesperson, Mr. Tim McNeil, said he sees nothing in the “broad language” of the Catechism that would preclude such displays.

The founder and director of the festival, Brother William Woeger, is a nationally known consultant in Church architecture and liturgy. He said of Kenney, “I learned three years ago that [Kenney] didn’t approve of the flower festival. It creates an awkward situation when you’ve got someone walking around negatively in the middle of what’s going on. It’s a big stretch to do $6,000 in damage and say you just wanted to make a point.”

Kenney said that, although he has confessed, he would not change his course of action. He hopes that the people who agree with his beliefs about protecting a consecrated Catholic cathedral will speak up and spark dialogue about what is truly Catholic and appropriate in a church setting.

What do you think? Was Kenney right, or did he go too far? After viewing photos of some of the displays here, do you think they were suitable for a church setting? Sound off in the comments—but remember to adhere to the Register’s discussion guidelines, where charity is the first rule.