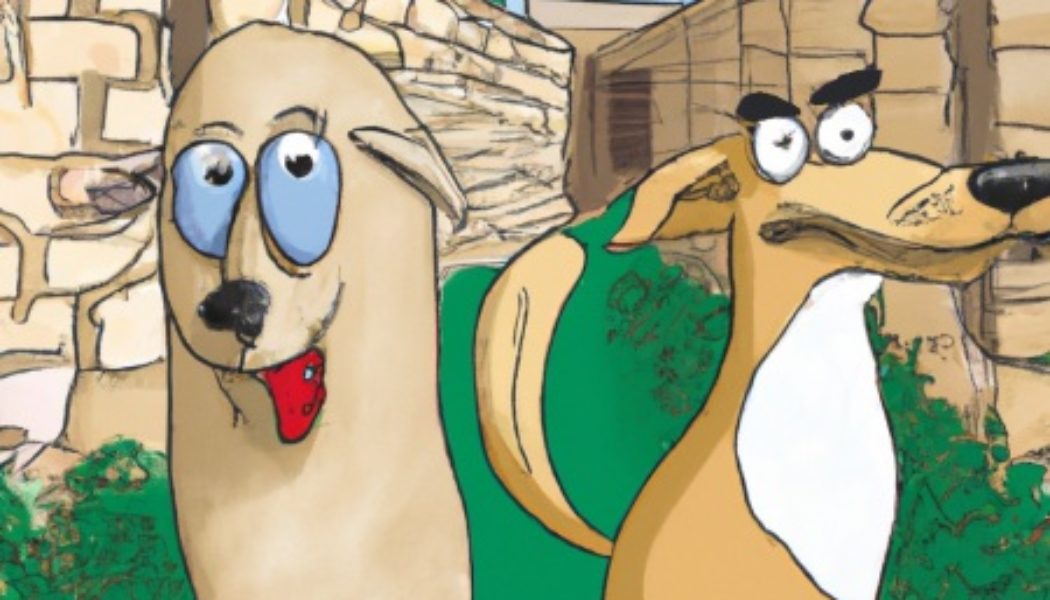 In the 1996 film “Independence Day,” we get introduced to a single-mother named Jasmine, played by Vivica Fox. With alien ships hovering ominously above the world’s major cities, she decides to flee Los Angeles. When the aliens begin their attack, Jasmine is stuck in a traffic jam inside a tunnel with her little boy, Dylan, and their handsome pet Labrador Retriever, named Boomer.

A wall of fire rushes from behind, tossing cars into the air before it and incinerating everyone it catches. Jasmine grabs her son and runs between the cars until she spots the door to a maintenance room. She kicks down the locked door and they huddle inside, but their dog has not followed them. Jasmine cries out, “Boomer! Boomer!” And Boomer sprints toward them, jumping over cars, and leaps safely into the side room at the very last second, just as the inferno passes by. Hundreds and hundreds of people are killed in the tunnel, but Boomer survives.

One commenter on a YouTube clip of this movie scene remarked, “I remember when I first saw this scene in the theater. I got all teary-eyed because, ‘YAY the doggy lives!’” Another commenter wrote, “When I saw this at the cinema, everyone cheered at this bit. It was the only part of the movie they cheered at!”

Our culture loves dogs, but Jewish culture was more ambivalent towards them. Scripture does not celebrate dogs as “man’s best friend” like we do today. There are verses pointing to sheepdogs for shepherding or watchdogs for security. And in the Book of Tobit, when young Tobiah leaves home with the angel Raphael, it says “the dog followed Tobiah out and went along with them” on their adventure. However, the mentions of dogs in the Bible are usually negative.

In the Old Testament, for example, Goliath said to David who held a shepherd’s staff, “Am I a dog that you come against me with a stick?” Years later, encountering a different scoffer, one of King David’s soldiers asked, “Why should this dead dog curse my lord the king?” And Psalm 22, which Jesus referenced on his Cross, says, “Dogs surround me; a pack of evildoers closes in on me… [Deliver] my life from the grip of the dog.”

In the New Testament, we see more of this dim view of dogs. Jesus teaches, “Do not give what is holy to dogs.” St. Paul writes, “Beware of the dogs, beware of the evil workers…” And the Book of Revelation, when it describes God’s heavenly city, says, “Outside are the dogs, the sorcerers, the unchaste, the murderers, the idol-worshipers, and all who love and practice deceit.” So where does this biblical disdain for dogs come from?

Realize that in those days, most dogs were not pets but wild. Packs of feral dogs were not only a noisy nuisance but also dangerous. This is reflected in Psalm 59, which describes deadly enemies as “growling like dogs and prowling about the city.” If not killing prey, stray dogs would eat whatever dead flesh they found, of beast or man — “they roam about as scavengers; if they are not filled, they howl.” I mention all of this because of details in today’s parable.

In Jesus’ story, a rich man with expensive, comfortable clothing eats plenty of good food at every meal. But outside of his gate, lying on the ground, is Lazarus, a hungry poor man covered with exposed sores. Jesus tells us Lazarus “would gladly have eaten his fill of the scraps that fell from the rich man’s table.” And Jesus notes that “dogs even used to come [up to Lazarus] and lick his sores.” When the poor man died, he was carried away by angels to a place of peace with Abraham. But when the rich man died he descended to a place of torment, in part, for his failure to care for Lazarus.

Those stray dogs did not attack Lazarus but licked his wounds. Perhaps they were drawn to the salty taste, or maybe they had an instinctual impulse towards him. But in either case they were helping him. Like many other animals, including cats, rodents, and primates, dogs lick their wounds to clean them. And certain chemical compounds found in dogs’ saliva help to disinfect, reduce pain, and promote healing. Letting dogs lick your wounds today is not recommended by doctors today; modern disinfectants and treatments are less likely to result in infection. But in the ancient world, for a beggar on the streets covered with sores like Lazarus, such dog licks would be a blessing.

It’s fine to love dogs. They’re one of God’s good creatures and they reflect his goodness. It’s been said that God created dogs to help show us how he loves us (and that he created cats to show us how we love him). But it sadly seems rather common today for people to care more about the well-being of random dogs than of random strangers. Today’s psalm tells us, “Blessed is he who keeps faith forever, secures justice for the oppressed, [and] gives food to the hungry.” Living in this way makes us more like our Lord ‘who sets captives free, raises up those who are bowed down, and protects strangers,’ and becoming like our Lord is necessary for us to be at home with him in his heavenly city. It’s alright to appreciate our pets, but lest we end up like the rich man in hell let’s make sure we treat and love everyone better than dogs.

This entry was posted on September 25, 2022 at 4:40 pm and is filed under Christian Perfection, Culture, Homily, Love, Mercy, Movies, Parables, Rich Man & Lazarus, Social Justice, Sunday Homilies. You can follow any responses to this entry through the RSS 2.0 feed. You can leave a response, or trackback from your own site.