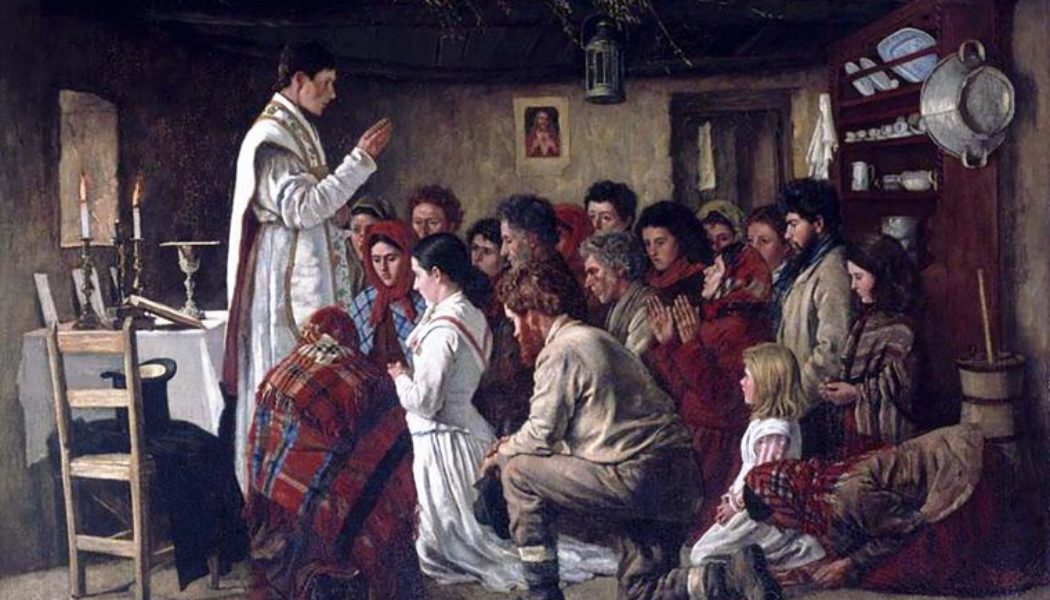 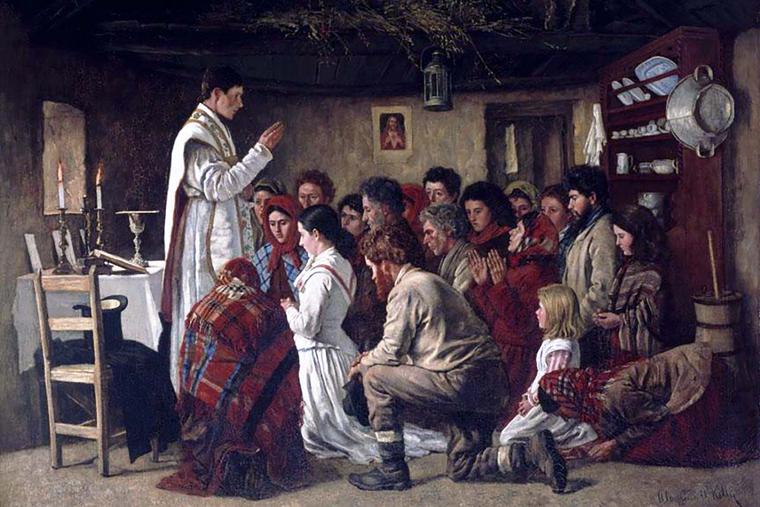 On St. Patrick’s Day, thoughts turn to those we have loved and lost

She was to die.

The doctors had not said as much, but once the word “cancer” was uttered, we knew it was only a matter of time. My mother took the news as she had taken all else in life: with an act of faith.

She had been diagnosed just prior to Ash Wednesday; she was to die on Pentecost Sunday. It was to be a Lent like no other. As time went on, she became increasingly dependent on others. She asked to be taken to the local church so she could do what she had done every Lent, namely, the Stations of the Cross.

I still remember that visit. We started the devotion as we had done many times before, but soon my attention shifted from the Stations on the church pillars to the woman moving between them. Unlike previous occasions, each genuflection, each prayer uttered that day carried a singular meaning.

As time went on, and her condition deteriorated, she became less talkative. Nevertheless, one conversation remains with me to this day. It was unusual for a number of reasons for it concerned her childhood, something she spoke of rarely. And, it dealt with the faith in an explicit way — normally something she shied away from talking about. Her faith may have been as deep as any I had encountered, but it was a faith not given to display. So, that day when she began to speak, I listened.

She talked of Corpus Christi during the 1930s in Ireland — in particular, of the annual procession to honor that feast. Her rural home parish contained three churches, spread out around a country area. The procession got underway when, holding within it the Sacred Species, the priest raised high the monstrance. The adults walked to the rear, reciting the customary prayers and singing hymns that marked this occasion not just in Ireland but also throughout the then Catholic world. While the priest carried the monstrance forward, children scattered flowers in his path. Each year, it fell to one to begin the procession that solemnly moved from one church to another, finally ending with Solemn Benediction.

Slowly, through the country lanes, they processed, before eventually arriving at the last church. After the blessing was given, the day remained a celebration. Whilst the adults chatted and took their leisure — even for farmers there was no work to be done on that day if it could be avoided — the children played and were given treats to eat. It was a joyful day, a true festival. All sensed it was special, in particular the children, even if too young to articulate anything about transubstantiation or the Real Presence, or how much their ancestors had suffered for these beliefs. The real celebration was that the faith had survived, and was once more being transmitted through family, through ritual, through culture.

Many years later, as she talked of this, my mother’s face appeared to lighten. It was as if she was with her family once more, a child upon those same muddy lanes. Then, almost as suddenly as she had begun speaking, she stopped, and with that we spoke no more of Corpus Christi.

On St. Patrick’s Day my thoughts turn to Ireland. A new spirit is abroad in the land as the recent anti-clericalism now turns to a harsher, more aggressive secularism. What others had failed to achieve with “dungeon, fire and sword,” and what Penal Laws could not suppress nor famine and immigration weaken, has, seemingly, come to pass in a few decades.

It is a depressing conclusion, but by no means the last word. For the Word is buried far too deep within that nation’s psyche, much deeper than many realize. The generations that went before — my mother and her forebears — and the sufferings they endured have not been in vain. It is only a matter of time before one day, like St. Patrick upon the hill of Slane, a spark will again catch fire, and, in so doing, once more a light shall go forth.

At some future date, when sick of what this world offers and surveying all around the debris of its false promises, there will be those, a few at first, who will again seek out that light. And, perhaps on some far-flung island, they shall come upon a deserted church. And, unexpectedly, breaking through its shattered windows, there will come light from candles that tell of the Sacrifice then being offered as once more in Ireland, Corpus Christi is held aloft.

When, at last, it came, we buried her by one of those country churches perched on a hillside near to where she was born. It was a bright spring day when we lowered her mortal remains into the dark earth below.

Now, years later, often late of an evening, and surrounded by the noise of 21st-century London — with horns blaring, music playing and the rattle of brightly lit, empty trains returning for the night — I notice my mind drifting to that hillside and its gray granite church. Then, beyond that darkened horizon, and before sleep finally descends, I seem to glimpse in the far distance a rare and delicate light and, in its midst, a child casting flowers before an eternal throne.