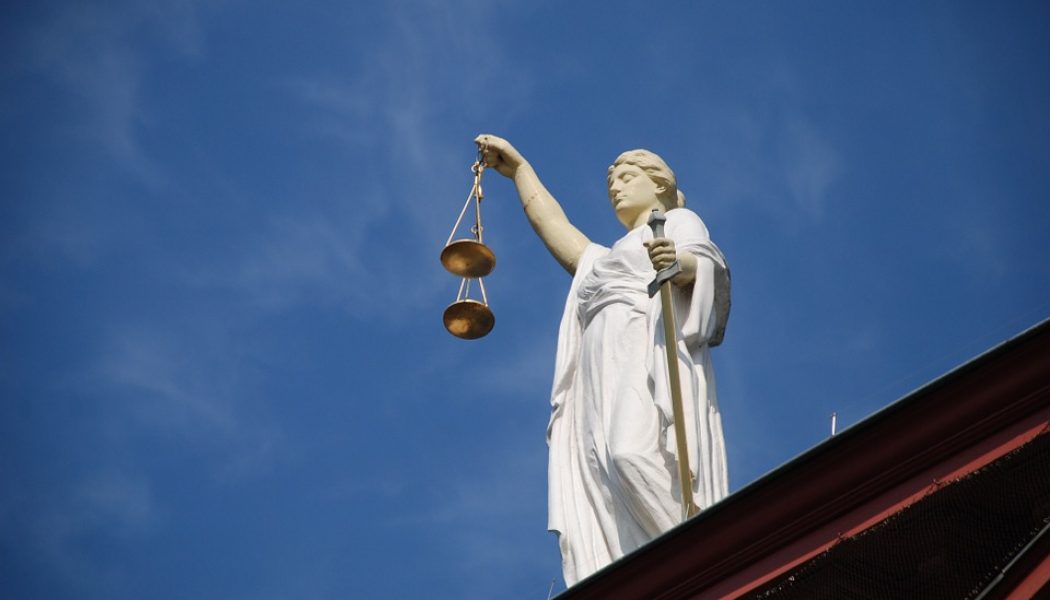 In the Gospel for today’s Mass (Monday of the 20th week of the year) Jesus resists being called “good teacher.” He replies that no one is good but God alone. Of course this puzzles us, since Jesus is God. But the young man he rebukes does not know or understand that. Hence Jesus warns him, and us that we human beings are a mixed bag. We are gifted, but flawed; capable of enormous goodness and also of great sinfulness. As such we ought to avoid the sin of rash judgment that can occur in numerous ways.

Usually we think first of rash judgment as the tendency to believe too quickly a bad report about someone else based on very little evidence. Just because something is said or reported does not mean it is accurate or reported in context. We do well to avoid quick conclusions and discern what is true from what is false or exaggerated.

To discern is rooted in a Latin word which means to sift, sort, separate and distinguish. as a virtue it assists us in avoiding the human tendency to “size things up” too quickly. This tendency likely emerges from a more primitive part of our brain, when, like any animal, we need to be circumspect about the world around us and make many quick decisions that pertain to our physical safety. But when it comes to human interactions, we need to use a higher part of our brain that is more patient and methodical. Human interactions have subtleties and nuance that require careful judgment, not rash conclusions.

Another aspect of rash judgment is the tendency to make conclusions that are too sweeping or simplistic, given the limited information we have. We do this regarding both people and situations.

Regarding the character of people, too often we like to assess them quickly and put them into one category or another. Thus, we may conclude that “Jane is a really wonderful person!” based on very few interactions with her or very limited information. We do this a great deal with the famous personalities and “heroes” of our culture, seeing them in broad and simplistic ways. In fact we usually know very little of them, other than what we see in a rather cursory and public way. In lionizing and idealizing people, we are often setting ourselves up for deep disappointment. As noted above, people are generally a mixed bag, often possessed of great gifts, and also afflicted by human weakness and personal flaws. Scripture says, God regards all men as sinners, that he may have mercy on all (Rom 11:23). This is the human condition, gifted but flawed.

At the other end of this spectrum is the human tendency to demonize or write off people as evil based merely on the fact that they do not share our views on this or that, or that something in their past is regarded without any reference to their current state. So, in this form of rash judgment, we drop people simplistically into fixed categories (good person/bad person) based on very little.

Yet another form of rash judgment is that too often we take offense at things when none was given or intended. Sometimes we get hurt because we simply misunderstand what a person is saying or doing. At other times we presume to know their motives. So for example, if a person takes a little longer to respond than we would like to an email or text, we think they don’t care, or that their answer is “no.” But maybe the real problem is less personal toward us and they are dealing with a family crisis or there is a deadline at work. Rash judgements often cause a lot of pain, to us and to others when we jump to conclusions and say or do harsh things in response to something that isn’t even true.

Not all things are as they first appear. And no one should be regarded simplistically. We are usually a complicated mix of gifts and struggles. Discernment regarding people therefore ought to proceed with careful deliberation wherein we resist the urge to quickly size up and categorize people. We ought to exercise careful discernment that is on-going, charitable and sober.

The rush to judgment is to be avoided. I have, in the past, been prone to criticize some of the judgments and decisions of the Church, and in particular, my diocesan leadership and religious superiors. Yet, in some of the matters about which I was most critical, I have come to discover later, that I did not have all the facts, and that my judgment was both rash and wrong. We often think we know the whole story. And often we do not.

Some (including me) have also criticized the Church for not operating in the “fast speed zone” of the modern world. We often want quick and bold statements to be issued. We desire rapid responses and bold initiatives made to every issue and crisis that emerges. Of themselves, these desires are not wrong and we have long noticed the reticence of too many clergy to engage the issues of the day and teach with Catholic clarity. But these proper desires need to be balanced with an appreciation that discernment is often accomplished at slower speeds than we demand or wish. There is something to be said about following the priority of the important rather than, merely, the priority of the urgent. And careful consideration and discernment is important and has its place.

In the Scriptures we read many admonishments against rash and simplistic judgment. Here are just a few:

Disclaimer – Discernment should be seen as a middle ground between making hasty conclusions, and procrastination which forever delays making the conclusions we must make. We do have enemies and moral dangers we must avoid. But we must not be hasty or simplistic. Discernment, like any virtue stands in the middle to avoid either extreme. It is a caution from making sweeping, simplistic or rash judgments that are not based on things we really know. It is a call to sobriety, for people and situations are often more complicated than we first grasp, and it takes time to make proper assessments; but make them we must.

While this video may seem to make light of a serious matter, please take it as an example that not all things are as they first appear. Every exorcist must carefully discern if a person is really possessed before proceeding with the Rite.