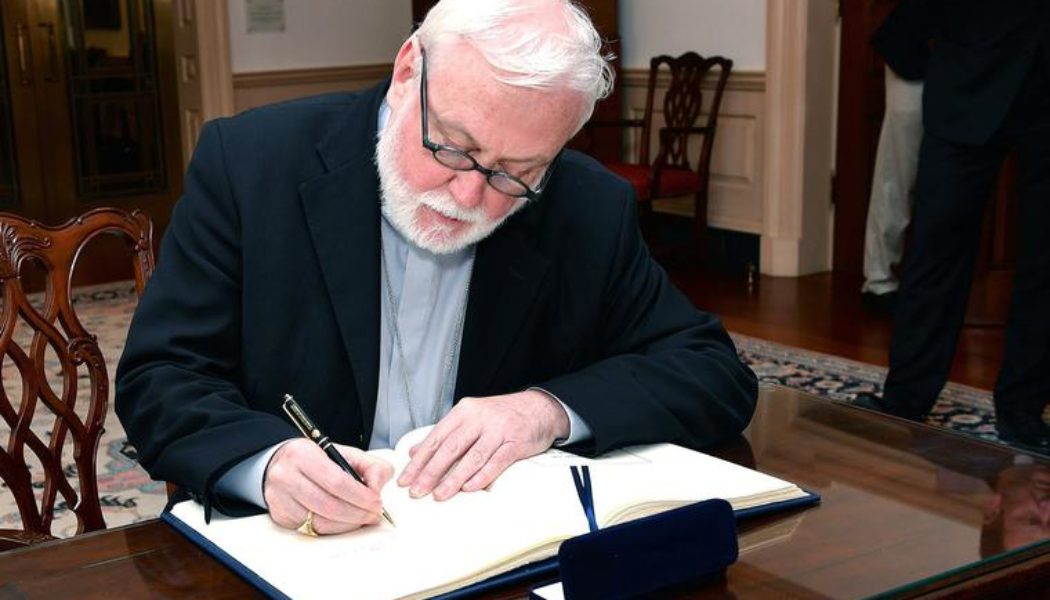 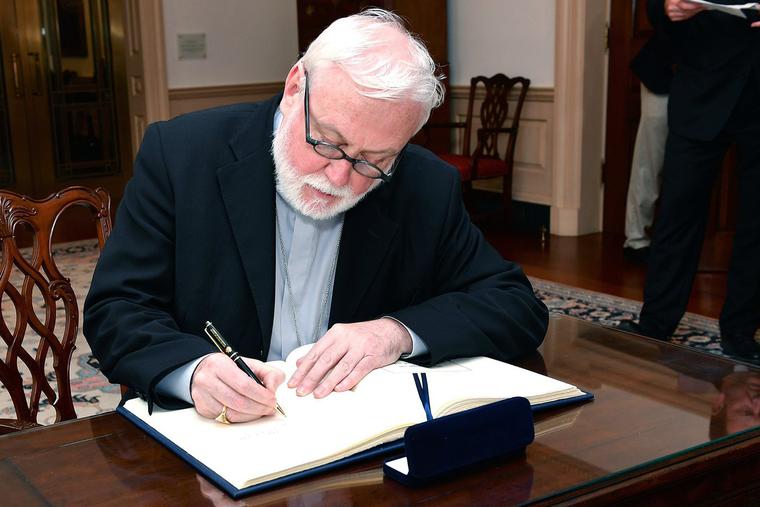 In response to the persecution of the Church in Nicaragua, the Holy See is strictly observing the Gallagher Protocol.

But the Gallagher Protocol is not being observed elsewhere, not even in Italy. As cardinals from around the world head to Rome this week, will Archbishop Gallagher himself be able to persuade them to stifle their protests over a brother bishop taken away by Daniel Ortega’s regime?

In June 2021, Archbishop Paul Gallagher, the Holy See’s Secretary for Relations with States — often called the Vatican’s “foreign minister” — explained why the Holy See was silent on the fierce persecution of the Church in Hong Kong.

“One can say a lot of, shall we say, appropriate words that would be appreciated by the international press and by many parts of the world,” Gallagher said. “But I — and, I think, many of my colleagues — have yet to be convinced that it would make any difference whatever.”

Call it the Gallagher Protocol. It means that Catholics under persecution by regimes unmoved by diplomatic protests should not expect rhetorical support from the Vatican. The fiercer the repression, the less the Vatican says.

The Gallagher Protocol explains why the Holy See is expansive, if not exhaustive, regarding climate change, immigration, conventional and nuclear armaments, financial speculation, debt reduction, use of plastics and unemployment. It might also explain why some world conflicts — the Rohingya in Myanmar, for example — earn papal condemnation, but repression in China, Venezuela and Nicaragua do not. The Holy See’s diplomats, led by Cardinal Pietro Parolin, Secretary of State, and Archbishop Gallagher, do not believe it would make any difference.

It’s a claim hard to square with the testimony of dissidents who report being buoyed up by clarity from leaders abroad. Consider, for example, Natan Sharansky explaining how he heard in a Soviet prison that President Ronald Reagan had called the Soviet Union an “evil empire.” He knew then that communism was finished.

Nevertheless, the Gallagher Protocol reigns in Rome, as was evident when Cardinal Joseph Zen was arrested in May. Senior Vatican officials were silent, and the Holy See press office simply noted that it “learned with concern” of the arrest and was “following the evolution of the situation with extreme attention.”

The regime of Daniel Ortega in Nicaragua has been ramping up attacks on the Church for years, with Ortega himself denouncing the country’s bishops as “terrorists.” They have opposed his attempts to arrogate ever more power to himself by effectively replacing Nicaragua’s democracy with a one-party state.

Bishop Rolando Álvarez of Matagalpa was the most prominent bishop to oppose Ortega’s repression in a country where, as The New York Times reported, the “Roman Catholic Church is the only institution that had escaped his control after 15 years of uninterrupted rule.”

Ortega is trying to change that. He has shut down Catholic radio stations, arrested clergy and even went so far as to throw Mother Teresa’s Missionaries of Charity out of the country. Should the Holy See have opted for a quiet word of protest, that too was foreclosed when Ortega expelled the apostolic nuncio, Archbishop Waldemar Sommertag, in March 2022.

Bishop Álvarez had been confined for two weeks to his chancery office and residence, not permitted to enter his cathedral. On Friday, Aug. 19, police raided his home, arrested him and eight companions, including seminarians, and placed them in house arrest in Managua.

During his Sunday Angelus, Pope Francis declined to mention the bishop or his arrest, limiting himself only to appealing for “open and sincere dialogue.” The Gallagher Protocol was in full effect.

Elsewhere, though, the Gallagher Protocol was not being observed.

Apparently rejecting papal calls for “dialogue,” Nicaraguan Bishop Silvio Báez said, “It is necessary to ask for freedom. We must not negotiate with Ortega. We must ask for freedom, because they are innocent.”

Bishop Báez is the auxiliary bishop of Managua. In 2019 his outspoken opposition to the Ortega oppression earned him repeated death threats. In response, and against his will, Pope Francis ordered Báez into exile for his own safety. He lives now in Miami.

With Báez in exile and Álvarez under house arrest, Ortega has dealt with his two most outspoken critics among the bishops. Their brother bishops will take up their cause — and not just at home.

Indeed, in a remarkable statement, Cardinal Matteo Zuppi — a close collaborator of Pope Francis, recently appointed by the Holy Father to be president of the Italian bishops’ conference — shredded the Gallagher Protocol in a detailed denunciation of Ortega’s religious persecution.

“With dismay and incredulity we receive news of the harsh persecutions that the people of God and their pastors are undergoing because of fidelity to the Gospel of justice and peace,” Zuppi wrote in a public letter to the Nicaraguan bishops. “In recent weeks we have followed with concern the decisions taken by the government against the Christian community, also implemented through the use of force by the military and police forces. Lately we have learned of the arrest of the Most Reverend Rolando José Álvarez Lagos, Bishop of Matagalpa, together with other people, including priests, seminarians and laity.”

Calling it a “most serious act,” the Italian bishops called for a restoration of full religious liberty in Nicaragua.

The Spanish bishops had also issued a similar statement.