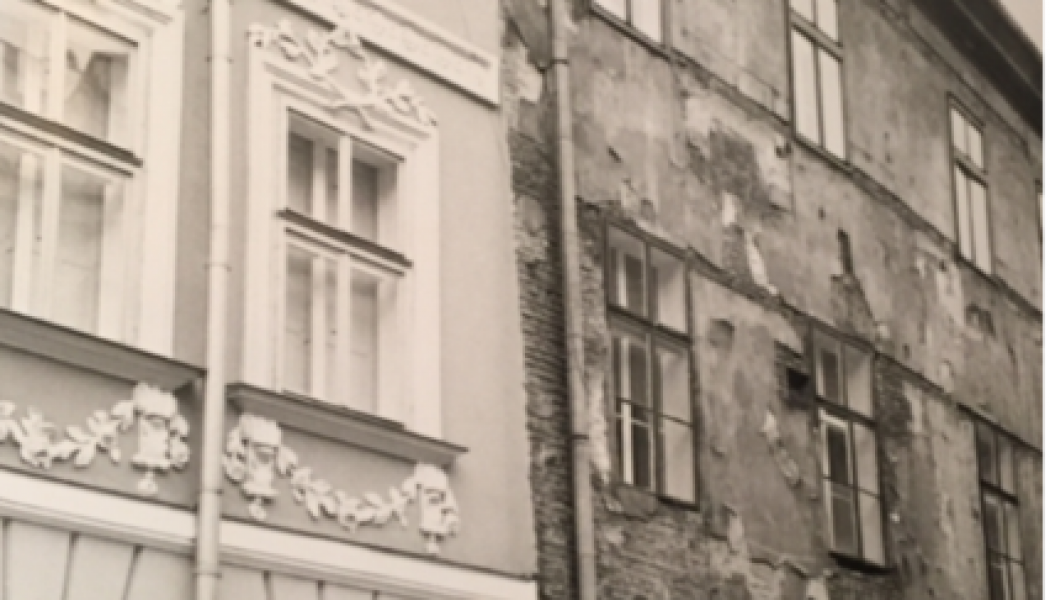 During several long stays in Poland, I heard many stories about life under communism. Fascinated by these first-hand accounts, it was hard to wrap my mind around what my friends had lived through. One young man had his family estate divided up by the government: the parents and son were left the kitchen and a bedroom, while strangers from another part of Poland were moved into other parts of the house to make a new home. I was told about the preciousness of a can of coke. Parents made huge sacrifices from their $20 a month salaries to gift their children just one, costing $1. After having been sipped and savored to the very end, the empty cans were cleaned and turned into a treasured place to keep pencils. I also heard stories of deep faith. In Ukraine, a grandmother secretly baptized her grandson and taught him the faith. Even his parents were kept in the dark, for fear of government reprisal.

Piecing together the awful realities under communism, I came to understand things I’d witnessed in Poland as leftovers from those dark times – like bribes offered at the post office, or odd forms of brokenness in individuals because of the many years they spent fearing their neighbors and the secret police. These were people who had had around-the-clock surveillance of their phones and movements, and some who had been unjustly arrested. In so many Poles and Eastern Europeans I met, I could feel a sad sense of deep melancholy in their spirits. A study in contrasts. Old and new Krakow in 1999. (photo by Carrie Gress)

Beyond the economic hardships, the single factor that eventually brought down communism was their burning thirst for God. The communists did everything they could to wring God out of the Soviet Bloc. (We can see the same thing happening today in China as references to God, the Bible, and faith are being erased, while churches are demolished and Christians arrested.) The overwhelming temptation of every totalitarian-tipping government is to make itself the final judge of human affairs. But the thirst for God, whether we know what it is or not, will always be there.

It was ultimately this thirst, this unquenchable thirst, that brought down the Soviet Union. “We want God! We want God!” was the chant that changed the world. Hundreds of thousands gathered in Warsaw’s Victory Square (and millions watched on TV) during Pope John Paul II’s first return to his native country after his papal election. The people, previously hiding in darkness, realized they were not alone once they stepped together into the sunny square. The state and its media could do precious little to put the tiger of faith back in the cage.

The story of that June day in Victory Square didn’t start then; it can be traced back to the early life of the young Karol Wojtyla. From his days in the theatre, to the seminary, to the priesthood, to the episcopacy, Wojtyla provided a protected place for Poles to be human again, whether it was out in the woods, in a living room, in the confessional, or even in the choir loft. He offered a place for people to come to know God, to attend Mass, to sing, to have joy, to embrace a history and culture, and to have true friendship again. His little efforts of resistance throughout his life dramatically altered the course of history.

Having seen first-hand some of the brokenness among those who lived under communism, it is all the more miraculous that Pope Saint John Paul II was the man that he was. His character was seemingly left undamaged by the daily grind of surveillance, lies, poverty, and state overreach. Where others would crack or acquiesce under the pressure, he never did. What preserved him was his radical surrender to God and his intense life of prayer. Truly, this was a man that breathed God in deeply, allowing his own soul to be filled with God’s life breath, his ruah.

As I’ve heard, read, and written about the Pope and Poland, I never expected to see some of those challenging realities in my own life. I never dreamed the we could live under similar threats to our faith, to our friendships and families, to our daily living that we all took for granted until March 2020. We have already witnessed the targeted persecution of believers and closing of churches, the expansive censorship on Twitter and Facebook and among book publishers, the continued gas-lighting by mainstream media, while politicians and news outlets publicly call for the cleansing and eradication of political opponents. (Poland, having lived through decades of censorship, is showing it won’t tolerate it now. A new bill has been put forward to fine Facebook and Twitter $2.2 million whenever they censor free speech.) Looking into the future, it no longer seems like an impossibility that our faith will be shaken greatly and our freedoms will be revoked. We need to take a page from Pope Saint John Paul’s playbook and remember how he remained impervious to the dark despair most of us will be tempted to allow to overshadow our souls. He always sought the light of Christ. This temptation to despair can also serve as a reminder that the remedy, born of a universal desire and encapsulated in a simple phrase, is close at hand. “We want God.”

Quick. Also read up on forex trading for beginners to get an idea of how currency is traded and other useful information. What rights you have over your data.