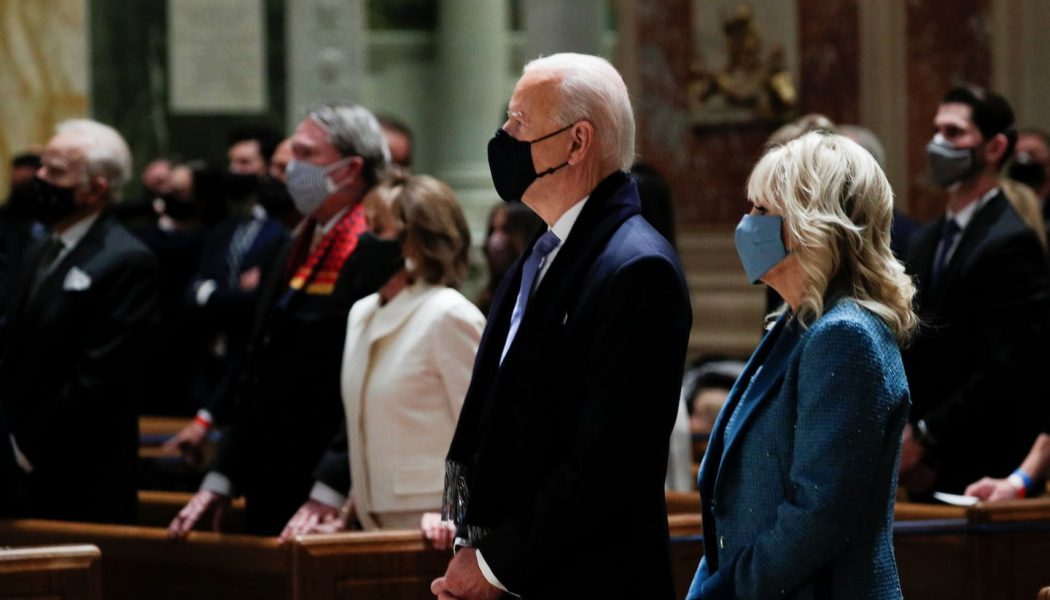 In recent days, Cardinal Blase Cupich of Chicago has described the pre-inauguration statement issued by USCCB President and Archbishop of Los Angeles José Gómez as “unprecedented” for what – in any non-partisan perspective – were actually quite temperate warnings to President Biden that the Church will not ignore his departures from clear Catholic teachings. In fact, the Chicago Cardinal has become rather obsessive, tweeting out what some have called a Twitter “storm” about the whole affair.

Cupich’s criticisms of his fellow bishops are themselves also quite unprecedented. Then again, the thing that’s most “unprecedented” – that’s given rise to these recent in-house Catholic squabbles – is the election of a self-described “Catholic” president, who not only believes personally that abortion, gay “marriage” (he performed one as vice-president), transgenderism (“the civil rights issue of our time”), and much more are matters of overriding political urgency, despite the long teachings of the Church and American history. He’s determined – actually seems to be going out of his way – to impose those views. On all of us.

But there’s even worse. As we’ll soon see – I hope to be wrong about this – he and the people he is appointing are poised not only aggressively to advance bad policies, but also to curtail religious liberties where they conflict with the tenets of the Alternative Creed that many Democrats – and not only them – have now embraced. It’s not only going to be the Little Sister of the Poor this time, though they will be back in court again soon. It’s Catholic (and other religious) adoption agencies, poverty programs, hospitals, schools, maybe even parishes or dioceses that are too starkly Catholic.

The Courts or a stray Democrat or so in Congress may stop some of the worst from happening. But that’s a slender hope with so much in play.

What’s truly unprecedented, then, beyond being an unfaithful Catholic, is that Biden has already shown himself by word and deed to be an anti-Catholic “Catholic.” Indeed, he’s an equal opportunity religious bigot who, for all the talk of coming together, will ride roughshod over his co-religionists as well as traditional Protestants and evangelicals, Orthodox and Conservative Jews, Muslims, Mormons, and even secular citizens who believe that “woke” politics do not abolish ordinary reason and human nature.

Biden has tried to position himself as a moderate and a man who wants to bring back American “unity.” In his inaugural address, however, he and his speechwriters told us exactly where they think the fault lines lie:

I know the forces that divide us are deep and they are real. But I also know they are not new. Our history has been a constant struggle between the American ideal that we are all created equal and the harsh, ugly reality that racism, nativism, fear, and demonization have long torn us apart. The battle is perennial.

In the unlikely event that you are a racist, hate foreigners, suffer from politically incorrect “phobias,” and – ahem, unlike liberals – demonize opponents, consider yourself forewarned. If, however, you think that by opposing certain policy choices you are yourself being demonized and marginalized by a political clique, well, you’ll just have to bear the stigma of being called bigoted and opposed to American “unity.”

Like Nancy Pelosi, who has said that some Catholics have placed their pro-life views “above democracy,” Biden has over the years talked himself into an alternative faith centered in partisan politics. A Catholic, indeed any sincere religious believer, should have no trouble saying – with the necessary qualifications – that of course he or she places God and his Word above any political order.

Any public figure who goes out of his way to make a display of his Catholicism should expect to receive scrutiny for his claim. Who knew that according to some Catholic Democrats the Constitution, for example, gives the Federal government the power to tell us which pronouns, family relationships, and “genders” can and cannot be used in conducting the business of the American people?

You can carry around rosary beads and bless yourself publicly as much as you want. But please, don’t expect Catholics to be blind. Or stupid. It’s not surprising when political partisans, religious or not, place their party and ambitions first, while masking it as an appeal to compassion and patriotism. But when a Catholic politician openly chooses to follow his wayward political party rather than his Church, lays out a whole set of policies that will negatively impact that Church, and immediately sets out to implement them, he’s seeking neither civic unity nor religious fidelity.

But let us also learn a lesson from this: we do not need to act like this ourselves. Christians aren’t in the world to cancel people; we’re here to convert them.  The nation is divided and needs to be evangelized. The alternative is civil war or secession. A nation divided in its ultimate commitments cannot resolve differences politically unless we open up space to live and let live. We can do that and still stand up – forcefully – for truth.

We won’t get that from the Biden administration. But we can prepare among ourselves a different mentality by the ways we think, speak, and act, now. It’s not an easy road. There are pitfalls everywhere. But God never said that his way would be easy.

Our bishops are shepherds, as well as public figures. They must teach, sanctify, and govern the flock as well as be public witnesses to the Truth. Gomez and the other bishops who joined him were right to express willingness to co-operate, even “dialogue” – however unlikely, given ideological hatreds – with the incoming administration. But they were even more right to make clear that (to borrow from St. Thomas More) they are America’s good servants, but God’s first.

That may seem unprecedented to some, but let’s hope it’s the first of many new precedents that will radically shift the understanding of faith in our public life.