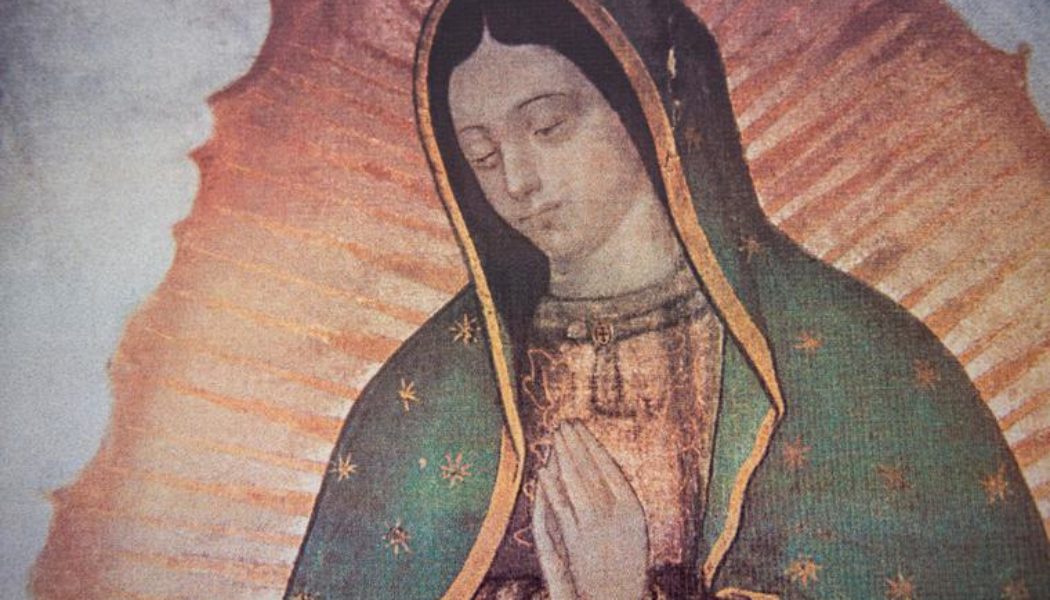 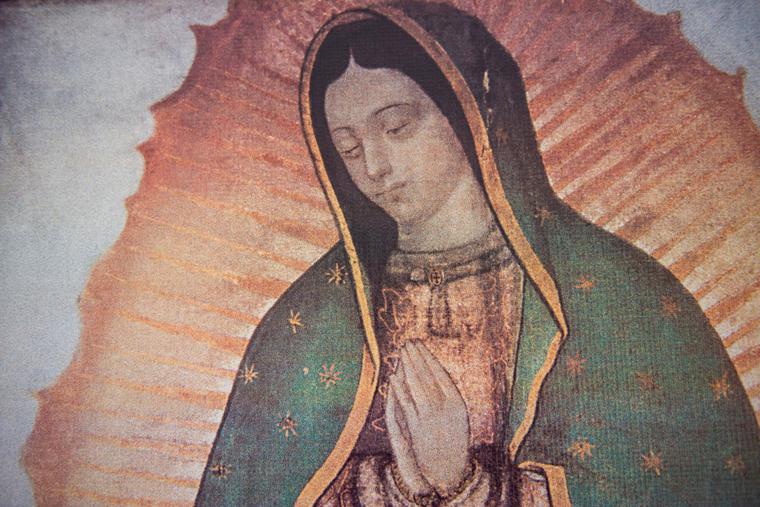 Dec. 12 is the commemoration of Our Lady of Guadalupe.

In the United States, the day is a feast.

Linked to this day is Dec. 9, which is the optional memorial of Juan Diego, to whom she appeared.

More formally known as St. Juan Diego Cuauhtlatoatzin, he lived from 1474 to 1548.

According to his biography on the Vatican web site,

Little is known about the life of Juan Diego before his conversion, but tradition and archaelogical and iconographical sources, along with the most important and oldest indigenous document on the event of Guadalupe, “El Nican Mopohua” (written in Náhuatl with Latin characters, 1556, by the Indigenous writer Antonio Valeriano), give some information on the life of the saint and the apparitions.

Juan Diego was born in 1474 with the name “Cuauhtlatoatzin” (“the talking eagle”) in Cuautlitlán, today part of Mexico City, Mexico.

He was a gifted member of the Chichimeca people, one of the more culturally advanced groups living in the Anáhuac Valley.

When he was 50 years old he was baptized by a Franciscan priest, Father Peter da Gand, one of the first Franciscan missionaries.

Be sure to take note of what St. Juan Diego’s dates of birth and death mean: The fact that he was born around 1474 means that he was already an adult man when the New World was discovered by Columbus in 1492, and it would have taken some time after that for the news to reach him.

His birth was also more than 30 years before the Protestant Reformation began, when Western Europe was still thoroughly Catholic.

Despite his pagan upbringing, he was open to the religion of the missionaries from the Old World, and at the age of 50 was willing to be converted (quite an advanced age for someone who has spent his previous life in a very different belief system!). This would have been around 1524.

God bless him for his open heart and mind!

He then lived around another 24 years, meaning that he died at about age 74.

2) What happened to him so that he is remembered today?

According to the Vatican biography,

On 9 December 1531, when Juan Diego was on his way to morning Mass, the Blessed Mother appeared to him on Tepeyac Hill, the outskirts of what is now Mexico City.

She asked him to go to the Bishop and to request in her name that a shrine be built at Tepeyac, where she promised to pour out her grace upon those who invoked her.

Note that this event took place on Dec. 9, which has become the memorial of St. Juan Diego.

According to the Vatican biography, the Bishop, who did not believe Juan Diego, asked for a sign to prove that the apparition was true.

On 12 December, Juan Diego returned to Tepeyac. Here, the Blessed Mother told him to climb the hill and to pick the flowers that he would find in bloom.

He obeyed, and although it was winter time, he found roses flowering. He gathered the flowers and took them to Our Lady who carefully placed them in his mantle and told him to take them to the Bishop as “proof”.

When he opened his mantle, the flowers fell on the ground and there remained impressed, in place of the flowers, an image of the Blessed Mother, the apparition at Tepeyac.

Note that this event happened on Dec. 12, which has become the commemoration of Our Lady of Guadalupe.

4) What happened to St. Juan Diego in later life?

With the Bishop’s permission, Juan Diego lived the rest of his life as a hermit in a small hut near the chapel where the miraculous image was placed for veneration.

Here he cared for the church and the first pilgrims who came to pray to the Mother of Jesus.

Much deeper than the “exterior grace” of having been ‘chosen’ as Our Lady’s ‘messenger,’ Juan Diego received the grace of interior enlightenment and from that moment, he began a life dedicated to prayer and the practice of virtue and boundless love of God and neighbor.

He died in 1548 and was buried in the first chapel dedicated to the Virgin of Guadalupe.

5) What does the image of Our Lady of Guadalupe show?

The miraculous image, which is preserved in the Basilica of Our Lady of Guadalupe, shows a woman with native features and dress.

She is supported by an angel whose wings are reminiscent of one of the major gods of the traditional religion of that area.

The moon is beneath her feet and her blue mantle is covered with gold stars.

The black girdle about her waist signifies that she is pregnant.

Thus, the image graphically depicts the fact that Christ is to be “born” again among the peoples of the New World, and is a message as relevant to the “New World” today as it was during the lifetime of Juan Diego.

The imagery of the moon and stars evokes the Woman clothed in the sun from Revelation 12, which is the optional first reading for the day.

6) Has a pope said anything about the image, specifically?

John Paul II referred to it, briefly, a number of times, but the lengthiest statement I have found on the image itself was from Pope Benedict XVI, who stated:

The venerated image of the Black Madonna of Tepeyac, with her sweet and peaceful countenance, imprinted on the tilma of the indio St. Juan Diego, shows her as “the ever Virgin Mary, Mother of the True God from whom she lives” (From the Office of Readings. Nicán Mopohua, 12th ed., Mexico City, D.F., 1971, 3-19).

She reminds us of the ‘woman clothed with the sun, with the moon under her feet, and on her head a crown of twelve stars; she was with child’ (Revelation 12:1-2).

She signals the presence of the Savior to the indigenous and mestizo population.

She always leads us to her divine Son, who is revealed as the foundation of the dignity of every human being, as a love that is stronger than the powers of evil and death, and the fountain of joy, filial trust, consolation and hope.

Hostgator review – shared hosting. As a live chat support agent, you can work from anywhere as long as you have an internet connection. It is not as easy as just going to the real estate agent and asking them to find you a piece of land.