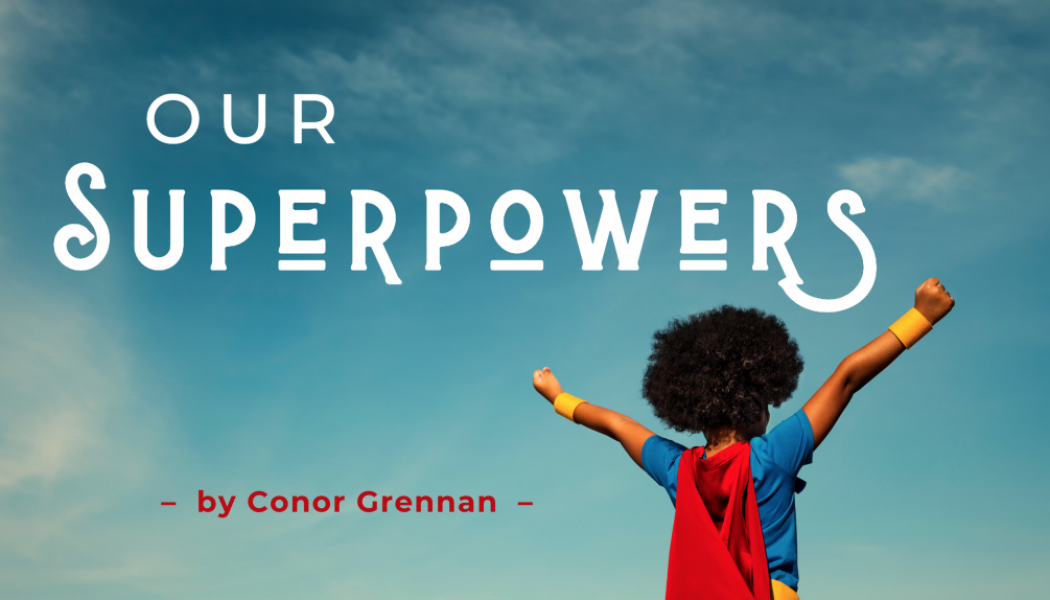 Where I work, we have an ice-breaker question we ask every
new person joining the team: If you could have any superpower, what would it
be?

The answers, as you can imagine, vary. One colleague told us
her superpower would be to become instantly dry as she stepped from the shower.
My own superpower—as my fellow introverts will understand—would be to turn
invisible the moment I walked into a cocktail party.

But more recently I’ve thought of a new superpower, which would
be this: I would want the power to know, with complete certainty, that Everything
Is Going to Be Okay.

I’m not talking about the moment-to-moment stuff. Intellectually
I know, for example, that I’ll be okay when I’m wallowing in food poisoning
misery, curled up in a nest of towels on the bathroom floor and trying to
recall what Leviticus says about shellfish.

When this darkness comes, I need to use a certain logic
train to pull me out. It comes in the form of a conversation that I, Conor,
have with myself. This is how it goes:

“Conor, do you know with certainty that God is real?”
I ask myself.

I answer with just enough sarcasm to let myself know the
question sounded a tad condescending. “Yes, Conor, I know that God is real.
Let’s move on.”

“Great, me too,” I tell myself. “And Conor, do you believe
that the Bible tells the truth about Him? About His character, about what He
did, all that?”

I nod. “Yep. I believe that the Bible reveals who God is.”

“Okay, good,” Conor says. “So does the Bible promise nothing
bad will ever happen to you if you just, like, pray hard enough or read
the Bible all the time or whatever?”

I know the answer to this one. “Nope. Never promises that.”

“So what does He promise us?” Conor asks me.

That’s when I remember. He actually promises something pretty
amazing: He promises that Everything Will Be Okay.

But you and I both know this: Sometimes just telling
us something isn’t enough. We need to be able to trust it.

It is All About Trust

If I’m late for my flight, for example, and my taxi driver calls
back to me, “Don’t worry, you’ll be fine!” that’s not helpful. He’s just hoping
I’ll stop freaking out in the backseat. He can’t actually control the traffic
or whether we get a flat tire.

But imagine for a moment, in the backseat of that taxi, that
my phone rings. Imagine it’s the pilot of the plane I’m trying to catch.  He says, “Don’t worry, Conor. I won’t take off
without you. You are my only passenger, and I’m in absolutely no rush. I’m not
leaving until you are on board.”

I’d feel instantly relieved. Because the person telling
me it was going to be okay was the same one who could actually make it
okay.

You must have gotten texts when you were in your dark place,
right? Your phone buzzes on the nightstand. It’s from your sister or your mom
or your best friend (bless their hearts) and they’re all like, “Don’t worry,
everything will be okay!” or, “I totally get what you’re feeling right now!”

The truth is, though, they don’t know if everything
is going to be okay. And they don’t know what you’re feeling right now. They
love you, but they’re like the taxi driver—they want to you feel better, and
yet they have no actual control over the situation.

But what if you got another message? What if instead of a
text, it came as a whisper from the dark? What if that voice said this: “Don’t
worry. Everything will be okay. I know this for a fact. Do you want to know how
I know?”

“I know,” the voice says, “because I created every atom in
the universe. I’m the one who has written the past and the future. And I can
teach you the secret of being content in all circumstances. Do you want to hear
the secret?”

“The secret to being content no matter what’s happening is
this: I put a supernatural strength inside of you,” says the voice. “The
strength in you is my strength, the strength of the Creator of the
Universe. You can use that strength to crush the darkness around you and feel
joy again. You have authority over the darkness, not the other way around. You
want me to tell you how to access that strength?”

It feels unreal, right? That we have that strength to
overcome the darkness? But that’s not all. He also knows what you are
feeling, which means He knows exactly how serious your situation is. And not
because He’s observing you from His far-away throne—He knows because Jesus became
a human and got down in the muck with you.

He gave Himself emotions to feel humiliation. And lungs that
would burn as He dragged wooden beams. And skin that would tear as He was
whipped. He gave Himself pain receptors that would scream as He was nailed to a
cross and a human heart that was torn apart when He was abandoned by the One He
loved.

None of this seems to make sense at first. Why would He simply choose to give you His strength? Why would He choose to suffer with you? It’s irrational.

Unless. Unless He was your Dad.

Now that I think about it, this is the superpower I
would have:

You already know the ultimate destination of your journey; your entrance into heaven. So keep your focus on the path just before you, leaving the outcomes up to Me. 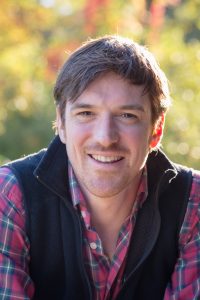 Conor Grennan is the author of the New York Times bestselling memoir Little Princes which shares Conor’s humanitarian work as the founder of Next Generation Nepal, a nonprofit organization dedicated to reconnecting trafficked children with their families. Conor’s latest book is The Hadley Academy for the Improbably Gifted, a middle-grade fantasy novel. Let Conor tell you all about the book on this video. He currently resides with his family in New Canaan, Connecticut.