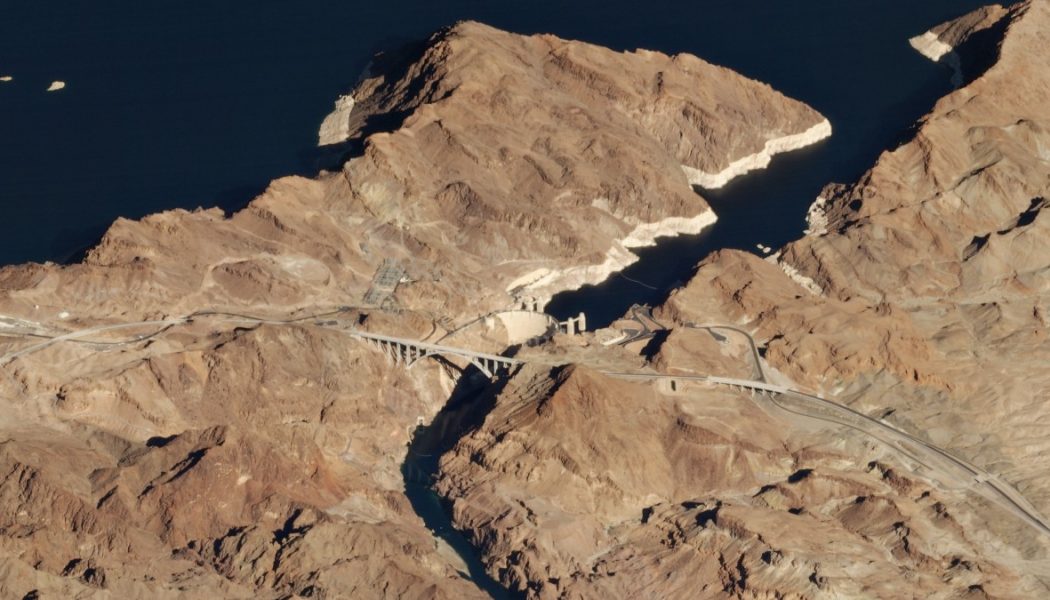 In many ways, the prevalence of nadir views—pictures taken directly beneath a satellite as it flies over the Earth’s surface—is an anomaly. The first decades of aerial photography — such as this view of San Francisco in the aftermath of the 1906 earthquake, photographed from a camera suspended by a kite — consisted entirely of pictures taken at an angle.

Even the first photos from space were oblique. This panorama was acquired from a V2 rocket launched from White Sands Proving Ground, New Mexico on July 26, 1948. It shows much of the U.S. southwest and the Earth’s limb — the thin veil of atmosphere that separates us from outer space.

Early spy satellites, such as the Corona missions, used photos of the Earth’s horizon to help analysts determine the precise location of the imagery.

Astronauts & cosmonauts continued this tradition, snapping photographs through the windows of their spacecraft from the earliest orbital flights, until today.

This sequence of photos from the International Space Station illustrates the structure of Sarychev Volcano’s ash plume during a 2009 eruption. Look closely and you can see the ash flowing down the side of the volcano.

In some ways, even geostationary satellites (positioned exactly over the equator but far enough above the Earth to see almost an entire hemisphere at once) collect primarily oblique data, since their footprint extends far from directly beneath the satellite.

I personally became interested in working with oblique imagery from Planet’s SkySat constellation while trying to visualize a series of deadly debris flows that struck Montecito, California after devastating wildfires swept through the mountains above the town.

Unfortunately, the top-down view lacks the visual cues that convey a sense of depth and obscures the relationship between terrain and landslide. Oblique imagery, however, is more like our everyday perspective and gives an immediate sense of how topography contributed to the disaster.

Let’s take a look at how oblique satellite imagery is acquired with the help of this image of another California natural hazard—wildfire. The Kincade Fire ravaged Sonoma county in October and November 2019. This view, acquired while the fire was at its height, highlights the relationship between fire, smoke, and terrain. To get it, Planet’s collection planning team had to aim the satellite far off its ground track.