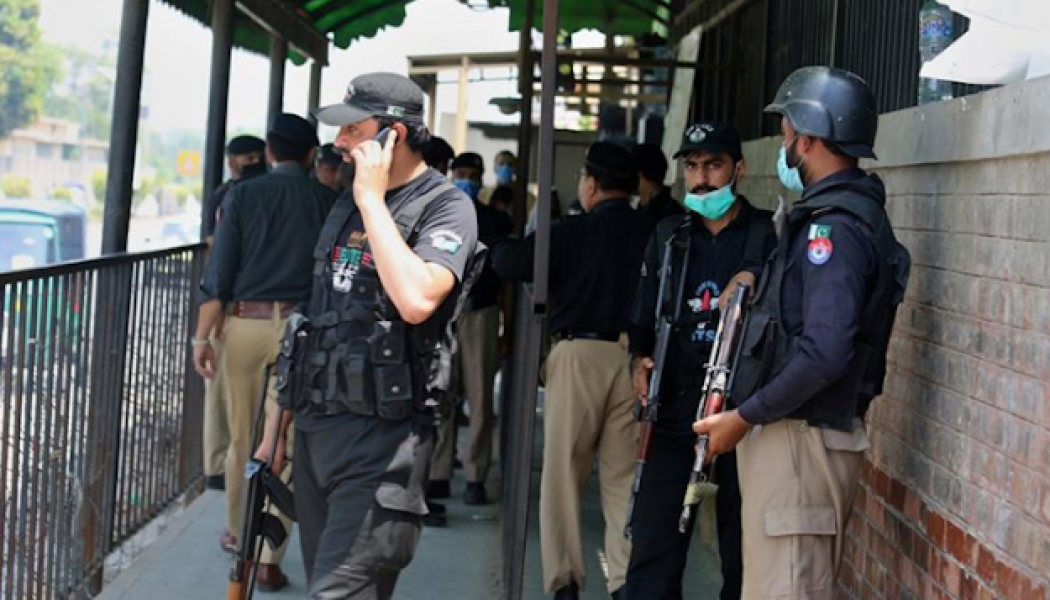 Asif Pervaiz, 37, who has been in custody since 2013, given the death penalty for sending ‘blasphemous’ text messages.

Islamabad, Pakistan – A court within the eastern Pakistani city of Lahore has sentenced a Christian man to death for having committed “blasphemy”, his lawyer says, in the latest case of Pakistan’s strict religious laws being applied against minorities.

Asif Pervaiz, 37, has been in custody since 2013 when he was accused of sending “blasphemous” text messages to a former supervisor at work, lawyer Saif-ul-Malook told Al Jazeera.

The court rejected his testimony wherein he denied the charges and sentenced him to death on Tuesday.

“The complainant was a supervisor during a hosiery factory where Asif was working under him,” said Malook.

“He denied the allegations and said that this man was trying to induce him to convert to Islam.”

Speaking in his own defense in court earlier in the trial, Pervaiz claimed the supervisor confronted him after he quit work on the factory, and when he refused to convert he was accused of having sent blasphemous text messages to the person.

Muhammad Saeed Khokher, the complainant within the case, denies wanting to convert Parvaiz, according to his lawyer, Ghulam Mustafa Chaudhry.

“He has taken this defense after the actual fact because he had no other clear defense,” Chaudhry told Al Jazeera. “That’s why he accused him of trying to convert him.”

Chaudhry said there are other Christian employees at the factory, but none have accused Khokher of proselytizing.

Pakistan’s strict blasphemy laws prescribe a compulsory execution for the crime of insulting Islam’s Prophet Muhammad, and strict penalties for other infractions like insulting Islam, the holy Quran, or certain holy people.

There is currently a minimum of 80 people in prison in Pakistan for the crime of “blasphemy”, with a minimum of half them facing life sentences or the execution, in line with the United State’s Commission on International Religious Freedom (USCIRF).

Those accused under the laws are mainly Muslim, during a rustic where 98 percent of the population follows Islam, but the laws disproportionately target members of minorities like Christians and Hindus.

In one of the foremost high-profile blasphemy cases within the country’s history, the Supreme Court ruled in October 2018 that a Christian woman, Aasia Bibi, had been framed in her case during which the laws had inadequate oversight for false accusations.

Those accusations can have deadly consequences. Since 1990, a minimum of 77 people is killed in relation to blasphemy allegations, according to an Al Jazeera tally.

Those killed have included people accused of blasphemy, their members of the family, lawyers, and judges who have acquitted those accused of the crime. Bibi fled Pakistan in 2019 as a result of threats against her life.

The latest such murder occurred in July when a man accused of blasphemy was shot six times in a courtroom during a hearing in his case.

His murderer was apprehended and was garlanded with roses by far-right supporters during subsequent court appearances.

This month has seen a sharp spike in blasphemy cases being registered in Pakistan, particularly in the most populous province of Punjab. Many of these cases have targeted the country’s sizeable Shi’ite minority, which forms roughly 15 percent of the population.

Since a series of large-scale sit-in protests on the matter of blasphemy in 2017, political parties have increasingly been including messaging on blasphemy in their platforms.

The Tehreek-e-Labbaik Pakistan (TLP) party, formed by firebrand scholar Khadim Hussain Rizvi before the 2018 polls, campaigned on a platform supported the defense of the blasphemy laws.

While it won few seats, it garnered the fourth-highest share of the countrywide popular vote by one party.