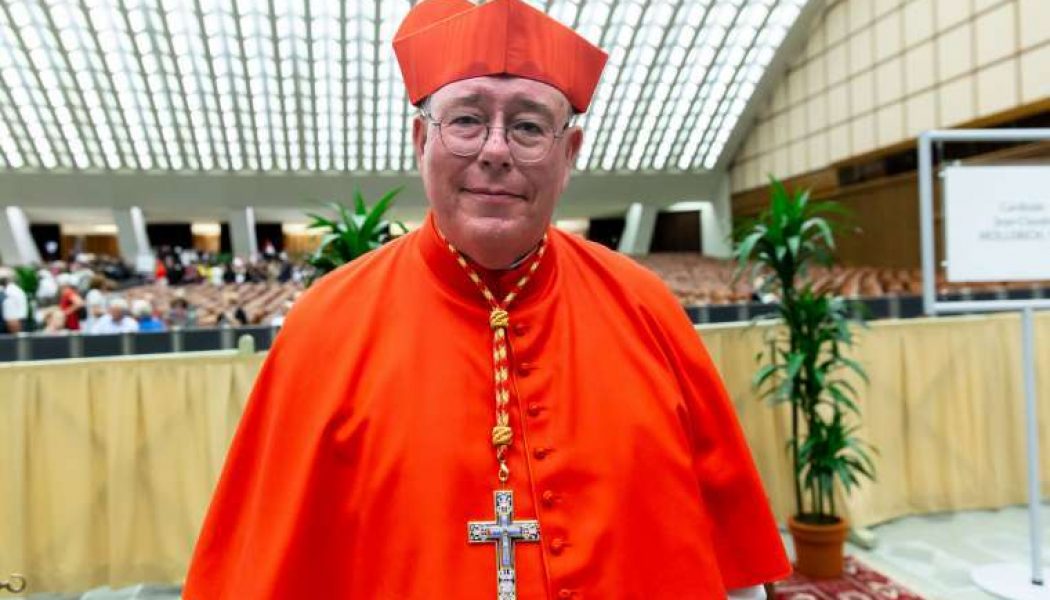 CNA Staff, Sep 4, 2020 / 06:00 am MT (CNA).- A cardinal has suggested that the coronavirus pandemic may have accelerated the secularization of Europe by 10 years.

In an interview with L’Osservatore Romano Sept. 2, Cardinal Jean-Claude Hollerich said he believed that the number of Catholics going to church would decrease as a result of COVID-19.

Asked whether he thought the Church in Europe would emerge stronger or weaker from the pandemic, he said: “I think about my country: we will be reduced in number. Because all those who no longer came to Mass, because they came only for cultural reasons, these ‘cultural Catholics,’ left and right, no longer come. They have seen that life is very comfortable. They can live very well without having to come to church. Even First Communions, the catechism for children, all this will decrease in number, I am almost certain.”

“But it’s not a complaint on my part. We would have had this process even without a pandemic. Perhaps it would have taken us 10 years longer.”

Stephen Bullivant, professor of theology and the sociology of religion at St. Mary’s University, Twickenham, in the U.K., noted that he had made a similar point to Hollerich in his recent eBook “Catholicism in the Time of Coronavirus.”

“At least in terms of church attendance, we’re almost certain to see a ‘jump forward’ along the long-set downward trend,” he told CNA. “Lots of dioceses have done forecasts in previous years along the lines of ‘if present trends continue, we’ll have X number of active priests for Y number of Massgoers by 2040,’ or whatever. Well, they’re going to have to bring those forward.”

“Whether I’d guess at ‘10 years’ myself, I don’t know — but it’s not outside the bounds of the plausible.”

Hollerich, the Archbishop of Luxembourg and president of the Commission of the Bishops’ Conferences of the European Union (COMECE), said that the Church in Europe needed to respond to its weakened condition with humilty.

He said: “But at this point, the Church must be inspired by a humility that allows us to reorganize ourselves better, to be more Christian, because otherwise this culture of Christianity, this only cultural Catholicism, cannot last over time, it has no living force behind it.”

He continued: “I think it is a great opportunity for the Church. We must understand what is at stake, we must react and put in place new missionary structures. And when I say missionaries, I mean both action and word. I also think that in the world after the pandemic, the West, the United States, and Europe, will be weaker than before, because the acceleration brought by the virus will make other economies, other countries, grow.”

“But we must see this with realism, we must abandon the Eurocentrism present in our thoughts and with great humility we must work with other countries for the future of humanity, to have greater justice.”

Public Masses were suspended across Europe for several months in order to restrict the spread of COVID-19. While public liturgies have resumed, anecdotal evidence suggests that attendance is well down compared with before the crisis.

In some countries there are strict limits on the number of Catholics permitted to attend Mass at any one time due to concerns about virus transmission.

There have been 2,304,846 cases of COVID-19 reported in the European Union/European Economic Area and the U.K. as of Sept. 4, according to the European Centre for Disease Prevention and Control, with 182,358 deaths.

Hollerich, a Jesuit, was appointed Archbishop of Luxembourg in 2011. He received the red hat on Oct. 5, 2019, becoming the first cardinal from Luxembourg, a country with a population of only 626,000.

“There is a great openness to these messages, especially from the Holy Father, even in a lay Europe. Sometimes this lay or secularist Europe also presents itself in Christian clothes. But they are only clothes. It is not the elements of Christianity and the Gospel that are at work, it is only a carnival,” he said.

“Solidarity, the fact of sharing, of wanting to share riches with the poorest, of respecting human rights: these are the distinctive elements of Christianity. But unfortunately I also think that Christianity is becoming weaker in Europe. Even after the pandemic I believe that the number of people going to church will have decreased. We must always think about the evangelization of Europe.”