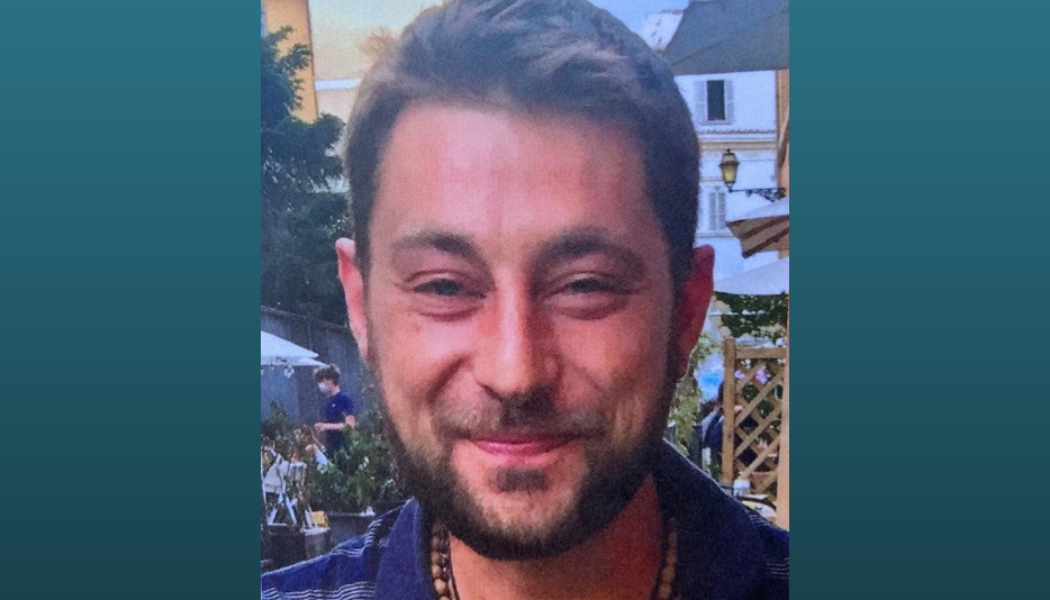 Homeless from Rome, European nobility, working professionals, and people from many other walks of life gathered at a Rome parish on Thursday to pay their respects to a much-loved homeless parishioner who died this month.

Sicilian-born Gaetano Tinnirello, a man of simple faith who passed away Nov. 13 aged just 33 from natural causes aggravated by addiction, had become a popular figure at the parish of Santissima Trinità dei Pellegrini (Most Holy Trinity of the Pilgrims) in central Rome.

Settling at the church with his dog called “Kira” several years ago, he would spend most of his time on the church steps that he kept clean, greeting parishioners with a begging bowl (though never verbally asking them for money), and regularly venerating the saints at each of the church’s altars.

Gaetano and Kira, whom he regarded as his “family,” would sleep together in a tent under one of Rome’s bridges, Gianluca Meo, a parish friend of his and Rome-based lawyer, told the Register. But he was often moved on by authorities and was unable, despite his best efforts, to find work.

Born in Caltagirone in southern Sicily on Oct. 11, 1988, Gaetano’s early life was unclear except for that fact that he had fallen into bad company and taken hard drugs which had led him into penury. It was thanks to homeless friends in Rome and the parish of Santissima Trinità dei Pellegrini that his life began to turn around.

“Since attending this church, I’ve felt better,” he said in words published on the back of his memorial card. “I feel changed.”

In a homily during his Solemn Requiem Mass on Thursday, Nov. 18, Father Vilmar Pavesi, a Brazilian-born priest of the parish run by the Priestly Fraternity of St. Peter, revealed more about Gaetano’s simple yet profound faith, the valuable lessons his presence taught the parish, and how he died with all the Sacraments.

Recalling how Jesus had an “immense thirst caused by his wounds” as he suffered on the Cross — above all a spiritual thirst because His thirst was for souls to “save them without despising any of them” — Father Pavesi recounted how Gaetano felt physically thirsty when he visited him in the hospital earlier this month. Gaetano was by then in a life-threatening condition having had just come out of a coma following surgery.

“I started to give him something to drink using a syringe and a straw,” Father Pavesi said. “He could not move. After he had drunk half a small bottle of water, I told him: ‘Gaetano, think of Jesus Christ on the Cross. He was thirsty too, but nobody gave Him a drink. Now you can understand him better.’

“He nodded his head. Then I asked if he wanted to go to confession. He said, ‘Yes.’ He was perfectly lucid. He didn’t get tired. He confessed with the best dispositions of the soul, with humility and with sincerity. And we then prayed his penance together. Afterwards, seeing signs of suffering in his face because of the pain, I advised him to offer everything for the love of God: ‘Jesus, I offer all for love of you.’ And he repeated with me, like a child: ‘Jesus, I offer all for love of you.’”

Gaetano then agreed to receive Extreme Unction and afterwards asked Father Pavesi if he would find him housing, which the priest promised to do, and if he would be able to ride the Rome tram again. “When God wills. You don’t have to worry about the future,” Father Pavesi replied. “Lord, thy will be done.’ And once again, like a child, he repeated, ‘Lord, thy will be done.’”

After delivering well wishes from the priests of the parish, particularly the parish priest, Father Brice Meissonnier, and all those who had an affection for him, he took his leave. “Ah, if you must go, give me more water first and then you can leave,” Gaetano said. “After the last blessing and greeting, he said to me, ‘Father, thank you. It has been a great pleasure.’”

Soon afterwards, after having enjoyed a short period of consciousness, Gaetano slipped back into a coma and remained so until he died.

That brief period of lucidity during which he received Extreme Unction and made his final confession reminded Father Pavesi of the famous Roman miracle from 1583 when 14-year-old Prince Paolo Massimo, who had just died, came back to life so St. Philip Neri could hear Prince Paolo confess a sin he had forgotten before he died again.

But Gaetano also unwittingly lived one of St. Philip’s counsels as well. “Every day he would enter the church, greet all the saints and then, when he approached the high altar, he would prostrate himself on the floor, kiss the ground and pray,” Father Pavesi recalled. “This is exactly what Saint Philip Neri taught: ‘When you have little time or you cannot pray well, enter a church and greet all the saints. You will then have prayed very well.’”

“I always thought that the Lord would save him for this act of piety, done with such sincerity,” Father Pavesi said, “and also for the Rosary and the Miraculous Medal he wore around his neck.”

Gaetano’s interaction with the church and the way it coincided with that of St. Philip Neri was particularly poignant given that in 1548 St. Philip formed a lay confraternity at the church of Santissima Trinità dei Pellegrini to minister to poor and sick pilgrims who had come to Rome without food or shelter.

While in Rome, Gaetano had made great but ultimately vain efforts to find work. “This was very disheartening for him because he could not find a direction in life,” said Meo who believed that a mentor “could have done wonders” with his skills “because he was ready willing and able to take any possible advantage of living in Rome.”

But Meo said his “alcohol consumption, along with other substances, would make finding a job out of reach.”

Further hardship he faced was when Rome police would evict him and his peers from an underpass or bridge with little or no notice. “This would amount to a calamity because all his possessions would be removed and taken away,” Meo said. “In short, he faced hostility from his surroundings in the city, be it from his peers he couldn’t trust, or the police.”

In the absence of work, Gaetano would keep himself busy. Father Pavesi recounted in his homily how the homeless parishioner wanted to repair the church’s marble floor tiles that had come loose, causing some of the faithful to stumble. “Without saying anything to anyone, he began to fix the marble slabs,” Father Pavesi recalled. Asked why he was doing that, Gaetano replied: “This is dangerous. I’m not doing it for money. I am doing it because it’s God’s house and God’s house is my house, too.”

“He wanted to work, he wanted to make himself useful,” said Father Pavesi, who recalled how he cleaned the front of the church because “he lived there and so he wanted it to be clean.” Gaetano would “spontaneously help the garbage collectors pick up the garbage. He did it without self-interest, just to help out.”

He was also talented at taking care of plants and at one time, tried unsuccessfully to sell them, but despite the many hardships he faced, he always remained polite. “He never missed the opportunity to say, ‘thank you’ or leave me a message to wish me ‘Buona Domenica’ [good Sunday] or insist on giving me small gifts,” Meo said.

On at least one occasion, parishioners including a member of Europe’s nobility took him to dinner at a local restaurant. He would have a haircut and shower for the occasion, but he was always very concerned not to eat too much as he was unable to process too much food.

He also made perceptive observations from living on the streets.

“People are like the weather,” Meo recalled Gaetano saying one rainy day. “When it rains people are annoyed and do not give a dime to the beggars,” Gaetano explained, “whereas when the sun shines it is a treat to those less fortunate who live on the streets as people are more willing to offer a coin.”

Gaetano was able, willing and “so adventurous, but a place of abode was a mirage for him,” Meo said. “He tried and tried again. Until he could try no more.”

Father Pavesi said Gaetano’s death was “a great loss for all of us,” adding that his presence “gave the parish a colorful face” and he attracted love. “Even his dog was so good with him,” he said.

On a reproachful note, the Rome priest added that each parishioner feels “a bit responsible” for his death because he needed a lot of help, not just financially but “sincere affection and possibilities,” and yet “how many times did we return his spontaneous ‘good evening’ with indifference, coldness, or haste?”

And yet he observed that Gaetano’s life was already bearing fruit, visible in the acts of generosity and mercy shown by the faithful following his death. “Everyone loved him,” said Mario, the church sacristan. “He was a simple person and what’s important is that he’s in the grace of God.”

“Gaetano still has a great mission among us; in fact his mission has just begun,” said Father Pavesi in closing his homily. “He must teach us to have great hope in God,” he said, adding that already Gaetano has given the confraternity originally started by St. Philip Neri “new impetus in its spiritual and corporal works of charity.