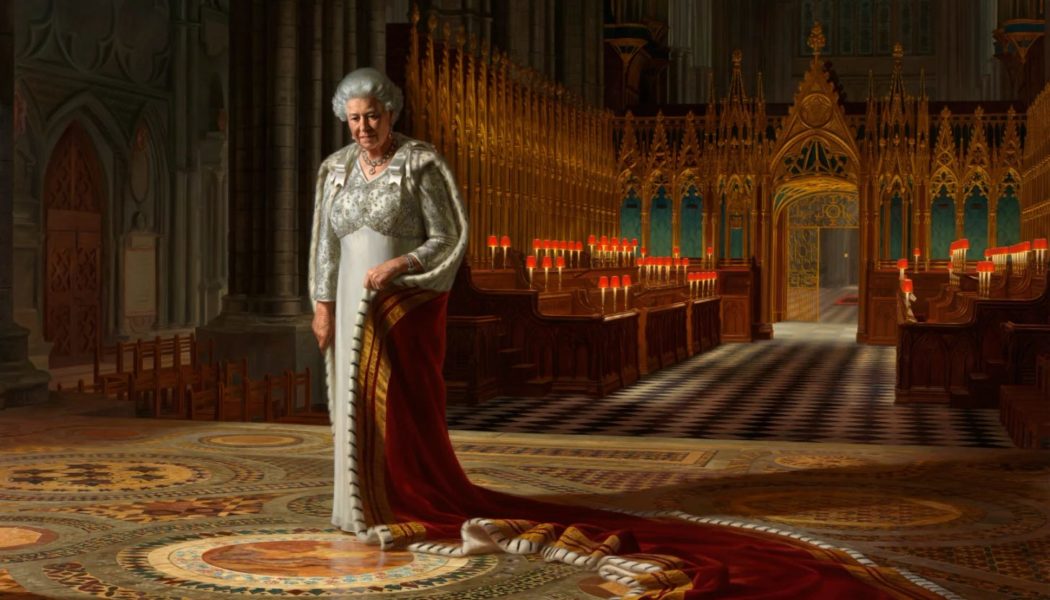 “I have been—and remain—very grateful to you for your prayers and to God for His steadfast love. I have indeed seen His faithfulness.”

When Elizabeth II took the throne in 1952, Britons had a very definite idea of what monarchs look like. They were tall, handsome men in huge epaulettes, like George VI. At the very least, they might be stately old women like Victoria. And yet here was their new sovereign: a pretty young woman, shy and slight. In her coronation photos, the hand holding the orb rests on her lap, as though her thin arms couldn’t hold it up for long enough to take the photo.

That was over sixty years ago. And yet none of England’s great warrior-kings ever commanded so much love and admiration from their subjects as did Elizabeth.

In the days to come, there will be no shortage of tributes to the late Queen. Still, I don’t know how many of them will really get to answer this question: Why did we love her?

It’s true, her reign spanned six of the most eventful decades in British history. Yet by the time she became queen, the British Crown was almost purely ceremonial. Today, it is purely ceremonial. So, ironically, hers was actually a rather uneventful reign. When parties won elections, their leaders would present their credentials; Elizabeth would appoint them her “prime minister,” as if they were mere courtiers. When their parties lost an election, those leaders would tender their resignations; Elizabeth would accept—as though she could have kept them on if she’d really wanted to.

She was strong, but never cold. She was dignified, but never haughty. She was reserved, and yet she kept no secrets from her people. She had no need. She was exactly what she appeared to be: a woman who lived only for her family, her country, and her God.

Many of those tributes will talk about the Queen’s sense of duty. And rightly so. But I hope they remember that the true man of duty also must be truly humble. That’s what set her apart.

Elizabeth was one of those truly rare creatures: a person of great natural modesty. She supposedly didn’t like Buckingham Palace; she preferred staying in Clarence House and at Balmoral Castle. Every morning, she ate a bowl of corn flakes, which she stored in a Tupperware container. Every evening, she drank a little Gordon’s, which you’ll find near the bottom of the gin shelf at your local package store.

For her, to embrace the trappings of monarchy was a burden. She craved simplicity and privacy the way others craved wealth and fame.

Really, think about what that means. Had Elizabeth enjoyed the limelight, like some other members of the Royal Family, she could have been the cause of some occasional embarrassment. But a humble Queen is even more precarious. She might have abdicated halfway through her reign. She may have shirked her duties. She may have tried to “simplify” the monarchy. Then, stripped of even its ceremonial value, the Crown would have died with her.

And yet she didn’t. Against every instinct, she allowed herself to become an object of reverence and awe—because that’s what Britain needed. They needed a Queen. The fact that she conducted herself so flawlessly for sixty years is a testament to her love, not only for her people, but for the monarchy itself.

She knew the British people needed a queen, even they it had to settle for her. That was the mentality that made Elizabeth one of the great monarchs of history.

Of course, that doesn’t mean that Elizabeth wasn’t sullen or dour. On the contrary. Everyone who knew her said she was deeply contented, friendly, disarming, even funny. During her Diamond Jubilee celebrations, her friend Rowan Williams (then Archbishop of Canterbury) said, “We are marking six decades of living proof that public service is possible, and that it is a place where happiness can be found.”

What will we miss most about Elizabeth? I think it will be that quiet joy, that simplicity, that goodness.

Over the course of her long life, she proved that it was possible to be decent, gracious, and kind. She held us all to a higher standard, not by her words, but by her example.

We drew comfort from knowing that such a woman was in the world—and not only in the world, but on the throne.

Now she’s gone to another country, whose ways (like hers) are gentleness, and whose every path is peace.

Rest in peace, Elizabeth Mountbatten-Windsor. And thank you.

Friends, please join me in praying a Rosary for the repose of the Queen’s soul.

I hope you will also join me in saying a novena to St. Edward the Confessor for Britain’s new sovereign, Charles III:

God save the King!