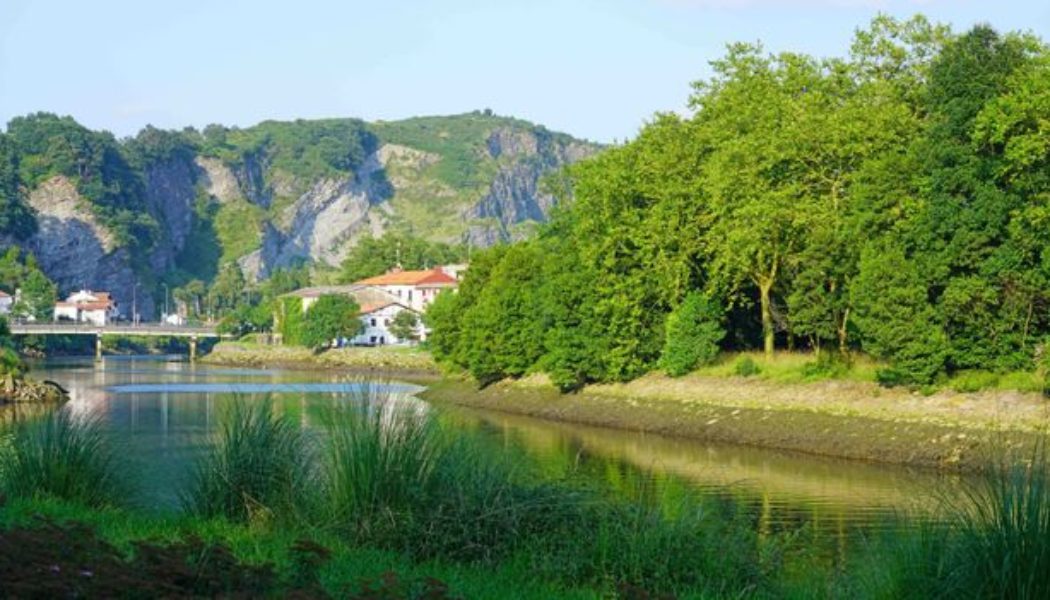 In Roman times, the island was known as “Pausoa”, the Basque word for passage or step. Then the French translated this as “Paysans”, meaning peasant, before transposing it as “Faisans”, for pheasant. Over time, the name Île des Faisans stuck.

The humble island finally came into prominence in 1648, following a ceasefire at the end of the Thirty Years’ War between France and Spain, when it was chosen as a neutral space to demarcate the new borderlands. In fact, 24 summits took place, with military escorts on standby should talks breakdown. Eleven years later, the Treaty of the Pyrenees peace accord was struck.

To honour the occasion, a royal wedding was mooted, and, in 1660, French King Louis XIV married the daughter of King Philip IV, Maria Theresa of Spain, on the spot of the declaration. Wooden bridges were built to ease passage, royal parties arrived in state barges and carriages, and tapestries and paintings were commissioned. Diego Velázquez, court painter to Philip and whose magnum opus remains Las Meninas (a portrait of Margaret Theresa with her maids of honour) was put in charge of arranging much of the festivities.

So symbolic was Pheasant Island as a metaphor of peace, in fact, that it was decided both countries would have joint custody of the territory. Spain would hold stewardship from 1 February to 31 July each year, while Pheasant Island would become an official part of France for the other six months. In that moment, the world’s smallest condominium was born.

By definition, condominiums are places determined by the presence of at least more than one sovereign state. The sense is derived from Latin, with “com” implying “together” and “dominium” meaning “right of ownership”. And over the centuries, numerous countries have become embroiled in geographic tug o’ wars over condominiums, with governments spending decades happily arguing the finer points of who owns what and why. Most aren’t centres of empire, but rather experimental, geopolitical addendums.